Building a culture of protection

As we focus to protect ourselves against a virus that attacks the health of so many people, we must not overlook a key project of the Church and the Society of Jesus: the protection of minors and vulnerable people. The following article, prepared by the Conference of Provincials of Africa and Madagascar, describes the commitments made in this regard on the African continent.

In August 2017, the Jesuit Conference of Africa and Madagascar (JCAM) launched a programme of protection and safeguarding of children and vulnerable people. The initiative responded directly to the call of General Congregation 36 on the importance, relevance, and urgency of child protection in church and society. The primary aim of the programme is to create, promote, and sustain a consistent culture of protection across the ministries, communities, and apostolates of the Society of Jesus in Africa and Madagascar.

Making all the ministries, communities, and apostolates of Jesuits safe for children and vulnerable adults is a task incumbent on major superiors, Jesuits, and collaborators. This understanding informs the two-pronged approach of the JCAM programme. First, it provides training and formation for the leadership of the Society and designated child protection officers (CPOs) and, second, it increases technical understanding and equips CPOs with resources and tools to facilitate safeguarding conversations and initiatives for Jesuits and collaborators within their Regions/Provinces.

So far, the programme has organized a series of intense training workshops for major superiors, CPOs, institutional heads, and masters of novices. In particular, child protection and safeguarding courses and training programmes have been integrated into all the formation centres where Jesuits are formed in the conference.

Arguably the most ambitious initiative undertaken under this programme is a conference wide study (baseline survey) to identify and assess the level of safeguarding knowledge, perceptions, attitudes, and practices in the ministries, works, and apostolates of Provinces and Regions of Africa and Madagascar, as well as underlying factors which may enable or hinder a safeguarding environment.

The baseline study was carried out by the Province/Region CPOs. It covered a total of 61 select apostolic structures of nine Provinces, Regions, and formation centres that make up JCAM across 17 countries. These structures included schools, parishes, social centres, children’s homes/orphanages, hospitals, as well as some ministries that directly depend on the conference. Over two months, CPOs conducted approximately 65 interviews and participant observation in English, French, Portuguese, Malagasy, Swahili, and other local languages. 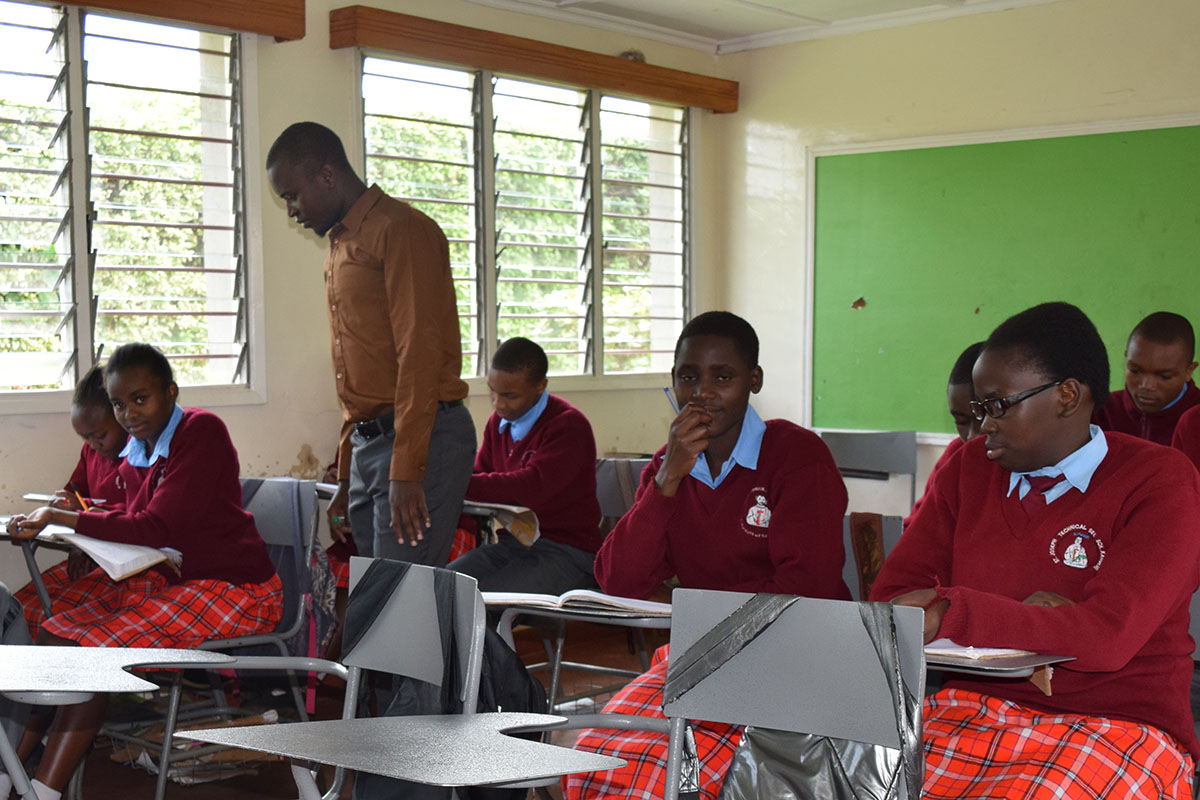 The study revealed several dimensions in regard to practices, knowledge, and attitudes concerning child protection and safeguarding, notably gaps in policies and protocols and in formation, training, and awareness and the need to create a culturally sensitive and contextually relevant safeguarding environment to ensure a generation free from abuse. Essentially, the study validated the critical need for formation, education, and training at all levels of community life, ministries, and governance.

For many of those engaged in this programme, it is only the beginning of a long process. According to one CPO, “These are the beginning steps of a very long journey. It’s one step at a time. Yet we have no doubt about the urgency. Our interventions need to respond to concrete needs and real situations.” “Besides,” others stressed, “as Jesuits and collaborators, we ought to take seriously the call of GC 36 to create a consistent culture of protection. This task is incumbent on every Jesuit and collaborator in the conference. We have a lot to do in order to achieve the overall objectives of the programme.”

Going forward, the programme now focuses on generating creative initiatives to achieve the goal of promoting and sustaining a consistent culture of protection, taking into account the end-users or subjects, the felt needs, and new insights. Informed by the Universal Apostolic Preferences of the Society, we can say that these initiatives target “the adoption of clear policies for the prevention of abuse, the ongoing formation of those who are committed to mission, and serious efforts to identify the social origins of abuse.”

Fr. Arturo Sosa has defined a consistent culture of protection as “a normal, habitual way of living, relating, working, in which those whom we serve, particularly children, always feel respected, safe, and loved.” This vision is in line with the wishes of Pope Francis to create a culture of care. In the words of Francis, “The Church loves all her children like a loving mother, but cares for all and protects with a special affection those who are smallest and defenceless. This is the duty that Christ himself entrusted to the entire Christian community as a whole. Aware of this, the Church is especially vigilant in protecting children and vulnerable adults.” In the context of Africa, we aim to rediscover cultural values and to build on existing good practices to create and enhance a culture of care, protection, and safeguarding. This vision aligns perfectly with the UAPs of the Society to guarantee “a healthy environment for children and young people and create conditions that allow all to develop their full potential as human beings.” The successful realization of this vision will depend on effective continuing collaboration among Jesuits, collaborators, and partners in mission.

Journeying with Youth JCAM
Share this Post:
Virtual Vienna and the Ignatian Year
Celebration of Our Lady of the Way
Posted by Communications Office - Editor in Curia Generalizia

In April 1994, Rwandans found themselves asking: Where has the God of Rwanda gone? Will the sun shine on Rwanda again? Twenty-six years since the beginning of the genocide against the Tutsi and the war, Marcel Uwineza, SJ offers some answers...

For Jesuits in East Africa challenges are blessings

The General Curia is once again hosting visitors. A "colloquium", a session for 16 new Provincials, appointed during the pandemic period, has just begun this week. We interviewed one of them...

In a time when intolerance and division is often flamed for political gains, Jesuit works in Indonesia continue to provide inclusive spaces in which differences are not only welcomed, but also celebrated.