"A man of grace and wisdom, simple, unpretentious, devoted"

The General Curia of the Jesuits in Rome announced today that the former Superior General, Fr. Adolfo Nicolás, has passed away this Wednesday, 20 May, in Tokyo, Japan. He was a member of the Jesuit community at Loyola House in Kamishakujii and had been ill for some years. He is deeply missed by the Jesuits in Japan and the Asia-Pacific region, his family and fellow countrymen in Spain, and his many friends around the world.

"I offer my sincere condolences to the Jesuit Province of Japan, to the family of Father Nicolás, to the Jesuits in Spain and to his many friends," said Father Arturo Sosa, current Superior General. "Father Nicolás gave of himself throughout his life. It was a life marked by intense service, serene availability and a deep capacity to live inculturation in Japan, where he went as a young Jesuit. It was a culture that he loved very much and in which he invested himself. The period of his Generalate was marked by his sense of humour, courage, humility and his close relationship with Pope Francis. All of us at the Jesuit General Curia deeply regret him; a special Mass will be offered here in Rome a the Church of the Gesù. Due to current travel restrictions, I cannot travel to Japan for the funeral, but I assure all his many friends there of my closeness, compassion and condolences".

Speaking of the reactions of the Jesuits of the Curia who knew or collaborated daily with his predecessor, the present General said: "All those who worked with Father Nicolás in the General Curia greatly appreciated his presence during his mandate. He will be widely remembered throughout the Society as a wise, humble and dedicated Jesuit, a man of grace and wisdom, simple, unpretentious." 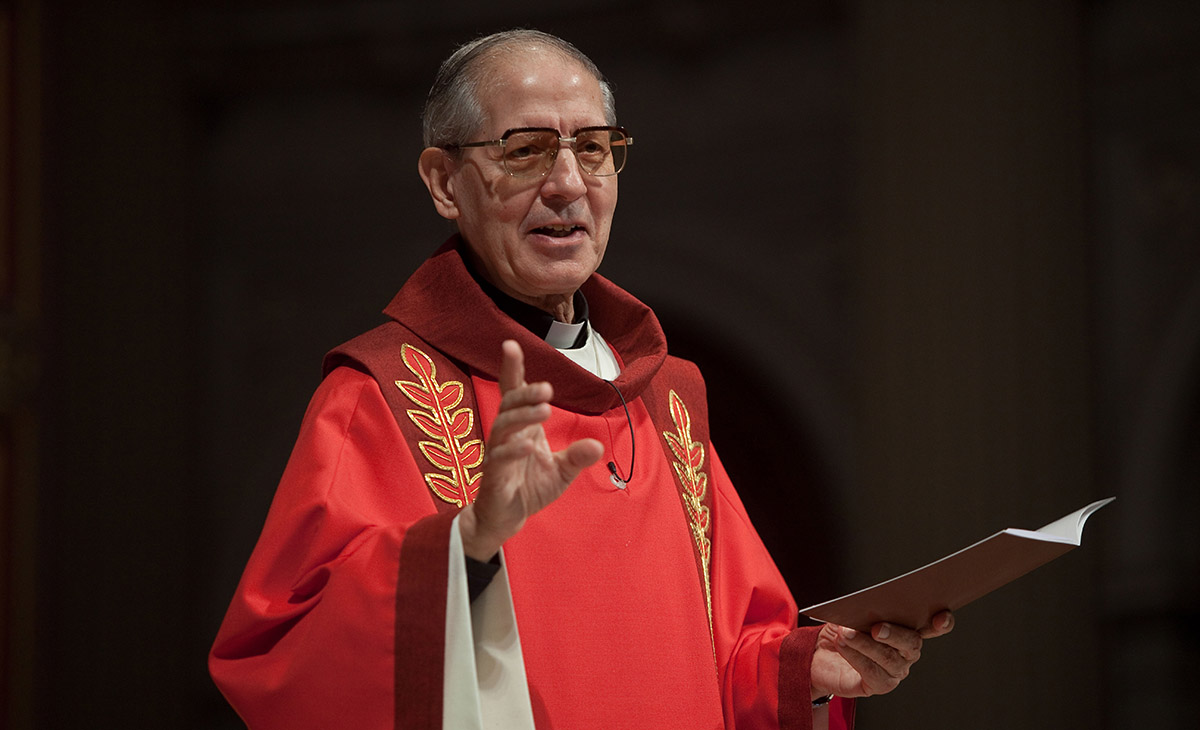 During his Generalate, Fr Nicolás maintained an excellent relationship with Pope Benedict XVI and warm friendship with Pope Francis. This attention to relations with the Holy Fathers allowed the Society to live fully one of the objectives of its foundation, as St. Ignatius wrote: "The Society was founded to serve the one Lord and the Church, his spouse, under the Roman Pontiff." According to the present General, Father Nicolás has thus helped the Society to live in a concrete way this dimension so characteristic of its charism. He did so by nurturing a relationship of availability to the Holy Father, an availability always marked by sincere affection.

- Pray with a prayer written by Fr. Nicolás:

Lord Jesus,
What weaknesses did you see in us that made you decide to call us, in spite of everything, to collaborate in your mission?
We give you thanks for having called us, and we beg you not to forget your promise to be with us to the end of time.
Frequently we are invaded by the feeling of having worked all night in vain, forgetting, perhaps, that you are with us.
We ask that you make yourself present in our lives and in our work, today, tomorrow, and in the future yet to come.
Fill with your love these lives of ours, which we put at your service.
Take from our hearts the egoism of thinking about what is “ours,” what is “mine”, always excluding, lacking compassion and joy.
Enlighten our minds and our hearts, and do not forget to make us smile when things do not go as we wished.
At the end of the day, of each one of our days, make us feel more united with you and better able to perceive and discover around us greater joy and greater hope.
We ask all this from our reality. We are weak and sinful men, but we are your friends.
Amen.

Father General Adolfo Nicolás
Share this Post:
Protecting the poorest during the crisis
“Now I am going to Him who sent Me”
Posted by Communications Office - Editor in Curia Generalizia