Fr. Lisbert D’Souza is leaving the General Curia after nearly 16 years of service as Father General’s Assistant for the South Asia Assistancy. Few Assistants, in the modern history of the Society, have held this type of responsibilities for so long. And very few had the opportunity to offer their advice to three different Superiors General. We asked him about his experience.

Father Lisbert, when did you arrive at the General Curia and in what circumstances?

Fr. Julian Fernandes, my predecessor, could have continued until GC 35 after nearly 13 years of distinguished service; he asked to be relieved for health reasons. I was completing my term as Provincial of South Asia and President of the Conference. Fr. Kolvenbach appointed me Regional Assistant and Assistant ad providentiam, one of the four Assistants who oversees the global “life” of the Society. Arriving in September 2004, I assumed office on 1 January 2005. With GC 36, I should have stepped down. However, Fr. Sosa asked me to stay on. My successor took over on 3 December 2019. Circumstances, not competence, explain my long tenure.

Have your responsibilities evolved over the years? 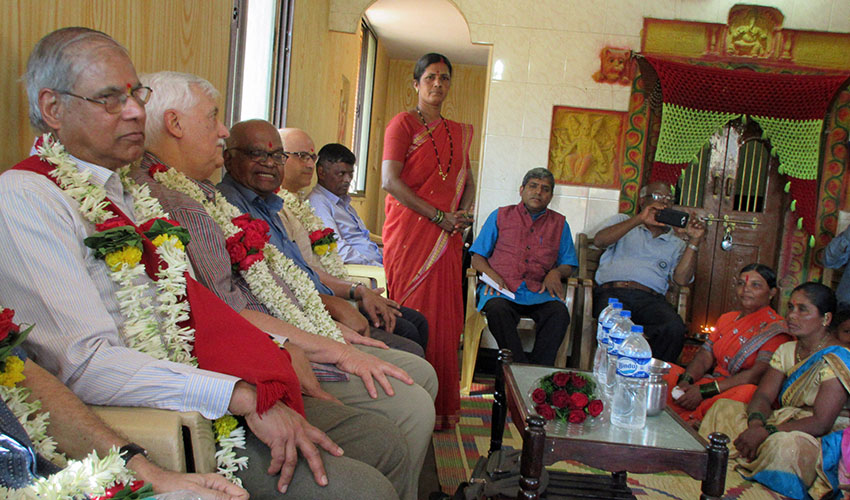 You have served as Assistant under three Generals. What would you say was the most striking characteristic of each one of them? What has inspired you the most in each one of these three men, Fr. Kolvenbach, Fr. Nicolás, and Fr. Sosa?

Fr. Kolvenbach’s profound scholarship manifested in his letters stands out. His phenomenal memory for persons and contexts and acute grasp of complexities made his guidance extraordinarily helpful, as I was new to my role. Fr. Nicolás’ personal warmth and down-to-earth wisdom inspired me. There is also his grasp and appreciation for Asian religious and cultural realities, and his support for Asian theologians striving to develop an Asian theology. In Fr. Sosa, I sense and feel challenged by his strong social commitment, which flows from his firm grounding in our spirituality and his socio-political academic and experiential orientations.

Is there a special moment you remember, an experience you have had, here in the Curia that you will treasure for the rest of your life?

In a Council retreat, the director used the Autobiography of Ignatius as the “basic text”. Suddenly, Ignatius’ devotion to the Holy Trinity came alive deep within. Meditating each morning on Andrei Rublev’s icon of the Holy Trinity, on opening my computer, and repeating the Trisagion (Holy are you, God...) throughout the day has made me more “contemplative” than I was. This devotion challenges me to go out in love, a readiness I greatly lack as an introvert and one who finds it hard to go beyond my comfort zone. 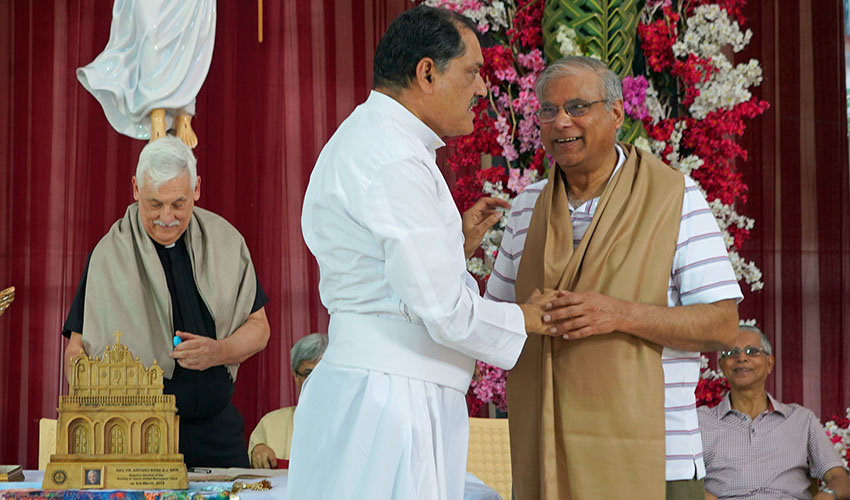 During these past few years, is there a “Letter from the General” or a document of the Society that has nourished you as a Jesuit and as an Assistant to Father General?

No single text comes to mind. However, here are some perspectives I deeply cherish. The convictions of Ignatius that God directly addresses us and that apostolic effectiveness derives not from human effort but from the omnipotent hand of God. Fr.Nicolás’ call to seek spiritual, intellectual and human depth. Three “sayings” of Fr. Sosa: missio Dei, never ‘our’ (Jesuit mission), vital for genuine collaboration; life-mission, not life ‘and’ mission which tends to insinuate a distinction, if not separation; maintaining the tensionsand never seeking to favour one over the other (contemplation-action, personal care-apostolic care, institutional-charismatic/prophetic.)

Finally, what advice would you give to the Jesuits who are appointed to the Curia, so that they can both benefit well from this experience and serve the Society in the best possible way?

“Advice” is too grand a word. I invite these Jesuits to enjoy the privilege of being at the hub of the Society’s life-mission, sharing the successes and struggles of our companions worldwide. This joy balances out the weariness that the volume of work can cause. Further, to cherish the cultural diversity of our community and its mission of hospitality. Visiting Jesuits take back a deep sense of belonging to the universal Society if they find us gracious and available; our record has been very good.

Father General Curia Peter-Hans Kolvenbach Adolfo Nicolás
Share this Post:
Invitation to the Encounter from the Jesuits of the Holy Land
Coping with COVID-19 – The series continues
Posted by Communications Office - Editor in Curia Generalizia