Padre Kino, the missionary on horseback, recognized by the universal Church

In Mexico and the southwestern United States the figure of the missionary and scientist Eusebio Francesco Chini is well known. In this region of North America, he is usually called Padre Kino, an adaptation of his surname that he himself introduced. The outstanding qualities of this Jesuit—“his heroic virtues,” in the expression used by the Congregation for the Causes of Saints—have now been recognized at the level of the universal Church. In fact, Pope Francis authorized the publication of the decree recognizing the heroic virtues of Father Kino on 10 July. This is the path that leads to the next stage, that of beatification.

Born in Segno (Trentino, Italy) in 1645, Eusebio Chini studied with the Jesuits in Trento and in Hall, in the Austrian Tirol. He joined the Society of Jesus in 1665 in Landsberg (Bavaria, Germany). He studied in various universities in southern Germany and was ordained a priest in 1677. Assigned to the missions, he arrived in Mexico in 1681. Six years later, in 1687, he was stationed in Pimería Alta, which for 24 years served as the centre from which he carried out his work of evangelisation and scientific activity. He explored the country tirelessly on horseback; it is estimated that he traveled some 30,000 km. He died in 1711 in Magdalena (Sonora, Mexico). 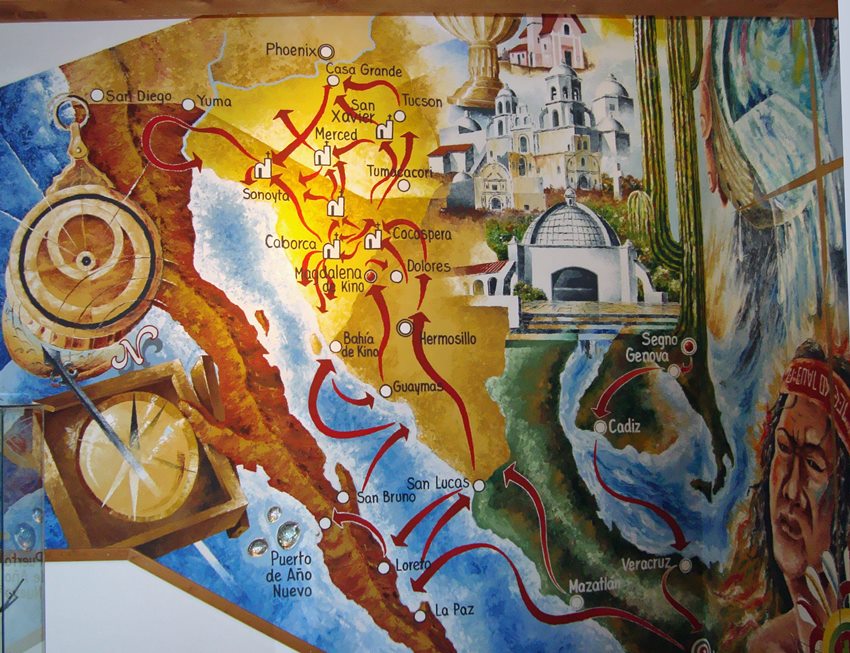 As a missionary, Father Kino was convinced of the need to improve the living conditions of the indigenous people. He therefore promoted the economic development of the Pima people in the state of Sonora in northern Mexico. He taught them cattle breeding, agricultural methods and iron work. He was the first to bring the gospel to this region. On the social level, he promoted the dignity of the indigenous people, and he opposed the compulsory labor in the silver mines —carried out under almost impossible conditions—that the Spanish monarchy imposed on the “Indians”.

Father Kino also distinguished himself in astronomy and geography; he demonstrated that Baja California was a peninsula, not an island, as many believed until then. In the United States, he is considered the “founding father” of Arizona, and his statue can be found in the Capitol building in Washington DC. The figure of Father Kino represents both the transmission of Christianity and the human promotion of the indigenous peoples. 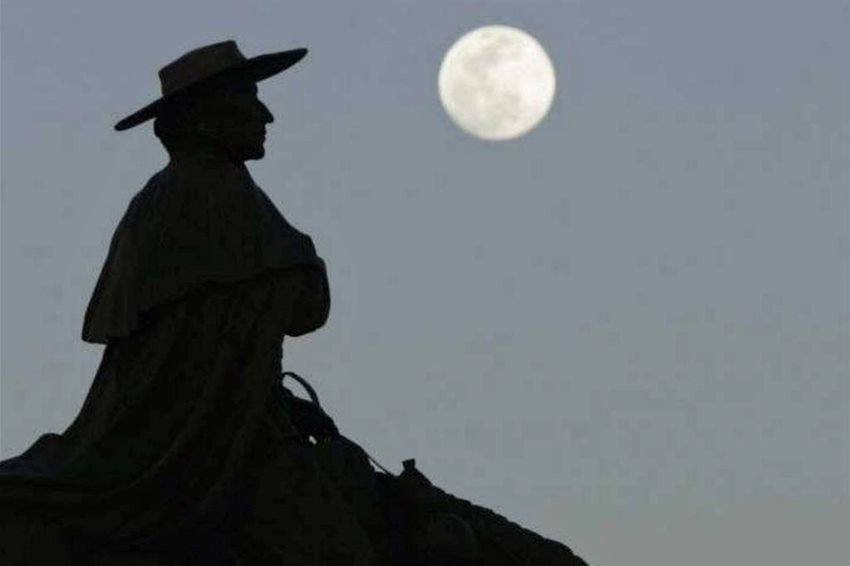 Father Kino’s commitment to evangelization and social promotion still echoes today in the Kino Border Initiative,an important apostolate conducted on both sides of the Mexican-US border by six Catholic organizations. These are the Jesuit Provinces of USA-West and Mexico, the Jesuit Refugee Service-USA, the Dioceses of Tucson (Arizona) and Hermosillo (Mexico) and the Missionary Sisters of the Eucharist. The objectives of the Kino Border Initiative are to accompany migrants in precarious situations and to promote solidarity on the border of the two countries. The project also advocates for the rights and dignity of migrants and asylum seekers.

Missions
Share this Post:
A blessed lockdown – A testimony by Fr. George Mutholil
The post-Covid Church – a reflection by Damian Howard SJ
Posted by Communications Office - Editor in Curia Generalizia

“In every house I’ve lived in I’ve planted roses, because the wonder of seeing a plant in bud and flowering helps me to pray. In the house here we have three small gardens, and just now as I wandered over to the roses, I realized that they have flowered all year long...”

Since 2017, Fr Anthony Corcoran, a native of the United States, has been the Apostolic Administrator of this territory. We met him during his visit to the General Curia.