They fought for the justice which springs from faith: some unto martyrdom

“Consummated in a brief time, the plenitude of his life filled an epoch.” These words were written to illustrate the life of a Jesuit saint who died very young, Stanislaus Kostka, one of the first of the Jesuit saints of the initial period of the Society of Jesus.

In a 20th century marked by the prolongation of human life these words also hold true for Alberto Hurtado (1901-1952). He lived 51 years, 29 of them as a Jesuit. His dedication to Chile did not prevent him, but rather moved him, to travel in order to deepen his studies and to learn always more ways of getting to the root of social problems. Hurtado tirelessly crisscrossed Chile founding Hogar de Cristo (Christ´s Home) and mobilizing the youth. His personality, profound and holy, has marked the Latin American Church. Cancer cut short his life at the age of 51 in 1952. “I, a shot at eternity:” thus he defined his life. He was canonized in 2005 by Benedict XVI.

It is in this context and legacy of holiness that we are to see the Jesuit martyrs of Central and Latin America.

The martyrs of the UCA in San Salvador were: Ignacio Ellacuría, Segundo Montes, Joaquín López y López, Ignacio Martín Baró, Amando López, and Juan Ramón Moreno.Five were born in Spain, naturalized Central Americans, and one, Joaquín López y López, was born in El Salvador. The work of their lives was the Universidad Centroamericana (UCA) in San Salvador, although they left their mark also in Nicaragua and Panama and especially in Fe y Alegría. At the UCA, under the leadership of Ignacio Ellacuría, they changed the character of ECA, the university magazine, making it a journal intellectually serious and prophetic in a Christian way. They tried to prevent the armed conflict promoting agrarian reform; they harbored refugees in the churches of the capital and also accompanied them in their return journey to El Salvador. They struggled to shorten the civil war and led the most enlightened political opposition of the country. Incapable of appreciating their prophetic depth and of valuing their option for the poor, the top military chiefs who directed the civil war against the revolutionaries assassinated them on the 16th of November in a tragic night. Their lot was to be assassinated together with two women of the people who sought shelter in their house that same fatal night. Their fundamental option continues to illuminate the UCA until today. 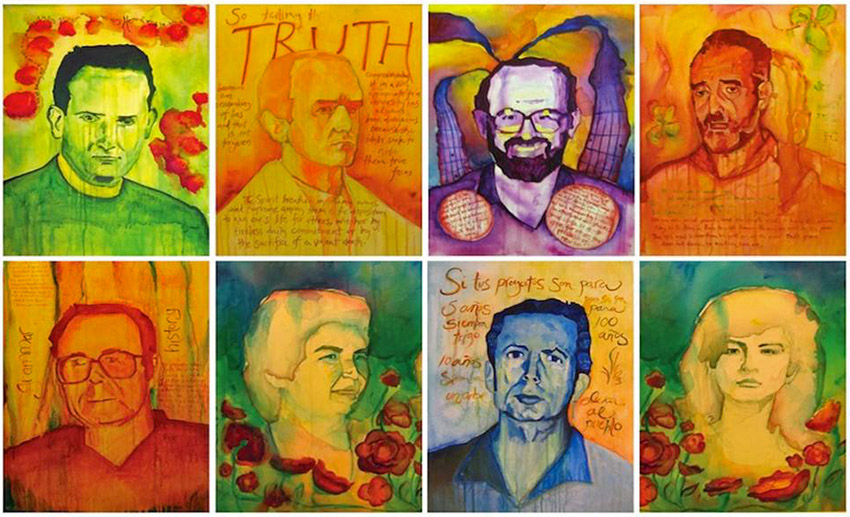 Of Rutilio Grande, Salvadoran, martyred in 1977, his provincial, César Jerez (†), said: “He is a simple man, a very good religious with a special charisma for pastoral work and contact with the people of the countryside; he has the makings of a leader.”

Rutilio’s hard and even bitter life, his conflictive family roots, his identity crisis burdened by a crippling insecurity... do they not challenge us to take very seriously the processes of personal growth, so that we might enter into the recreation of the experience of friendship in the Lord, of the community of companions of Jesus, with a greater than usual probability of finding in it the happiness which our calling opens to us? (cf. CG 34, D8, 13).

In face of the threat to the Amazonas by the program of President Bolsonaro, an extreme rightist, it is important to remember F. Carlos Riudaverts. He arrived at the Alto Marañon in 1980 and was well loved by the inhabitants of the region. His mission in the service of the Peruvian Amazonas lasted for 38 years. He was 73 when he was assassinated in 2018 upon confronting the people who attempted to steal in his parish, one of whom he recognized as a parishioner. His life leaves us a legacy of selflessness, commitment, and responsibility. It was a service of shared love which will be carried on by other Jesuits and laity who undertook the educational labor at his side.

Before that, the Mexican Jesuit Miguel Agustín Pro had been assassinated in 1927. During his first years as a priest he had to develop his apostolate clandestinely in his own country in times of the anti-Catholic persecution of various Mexican governments of the revolution. Once he had entered into Mexico, he was arrested and accused of the assassination of President Obregón, despite the fact that the assassin confessed his crime to the police, precisely to prevent Pro from being falsely accused. President Calles, successor of Obregón, ordered the continuation of his trial and Miguel Agustín Pro was sentenced to death for the assassination of Obregón. Fr. Pro spent his incarceration in the same union with God that he had maintained throughout his short life. He was executed by firing squad on the 23rd November 1927, at the age of 36 years. His burial was celebrated in the Ciudad de México with the massive attendance of the Christian faithful.

These are some of the Jesuit martyrs of Latin America and some of the holy Jesuits who, without ending their life in martyrdom, have been recognized, one and all, as examples of life in Latin America unto the last consequences.

[Article from "Jesuits - The Society of Jesus in the world - 2020", by Juan Hernández Pico SJ]

Walking with the Excluded CPAL Missions
Share this Post:
Japan opens its doors to young foreign workers
The Xavier Network: responding to the signs of the times
Posted by Communications Office - Editor in Curia Generalizia

The IBEROamericana University: working towards a more just society in Mexico

“This is what we seek to transmit to our students. At IBERO they have the possibility and the means to transform themselves into free people who are open to being challenged by the complex realities of their world.”