A short while ago, Japan’s Catholic Justice and Peace Commission organized a national annual gathering in the City of Nagoya. Among 17 different workshops dealing with various social issues, our center’s migrant desk was asked to organize a workshop on migrants in Japan. To our surprise, the one-day workshop was attended by about 60 people with different experiences.

We presented a 15-minute video for discussion focused on the unjust dismissal of four foreign workers from their jobs. To my surprise, for years they had been doing two extra hours of work daily without been paid. Frustrated and without hope in such a situation, they complained one day to the president of the company, and they were dismissed on the spot: “Get out from here! You are fired.”

Our center introduced them to a private labor union, and after two months of negotiations they obtained 80 % of the remuneration due to them and are now well established in different jobs.

The East-Asian and Pacific region – or the Jesuit Conference of Asia and the Pacific (JCAP) – where our Jesuit Provinces are located, is a very strategic region, from the point of view of migration. Japan, Korea, Taiwan and Australia, mainly, are countries accepting migrant workers, the rest are countries sending workers. Millions are moving around the whole region seeking jobs and safety. Different from other countries, in Japan alone we have hundreds of thousands of Brazilians, Peruvians, and other Latin Americans.

Several years ago, JCAP selected “migration” as a priority issue. Since then, the Jesuit network for migration, comprising seven active countries, was established. Besides the activities with vulnerable migrants conducted in each country, the network has done research and published books on families of migrant workers left alone back in the sending country and migrants returning to their place of origin.

The third topic is “brokerage” in the region. Now, since the numbers of Vietnamese coming to Japan for work, under the name of “trainees,” has greatly swollen to over 200 000 in the last five years we decided to do research in Vietnam to study how so many young workers of poor rural areas could manage to come to work in Japan. We spent, in all, more than seven weeks in Vietnam, after doing something similar in Japan with the assistance of Vietnamese living here. Part of the findings will be printed in Brokers, the third book of the Jesuit network, which will appear soon.

In the early ’90s Japan started an educational system for young trainees of developing economies that has attracted lots of criticism inside and outside Japan, due to the fact that it is being used to bring cheap labor to Japanese companies suffering from serious lack of manpower. The former idea was to provide technical training to young people of developing economies so that they could use the skills acquired in Japan to develop their countries.

The challenge is that Japan seriously lacks manpower, and most countries in our region of East Asia are jobless. When Japan provides fair human conditions to live and work on its territory and provides salaries with the same or similar standards as ordinary Japanese workers receive, both sides will be gaining.

Today as I am writing this article, a Tokyo newspaper has published two long articles on foreign workers in Japan. One refers to the results of a research done nationwide by Kyodo News Agency. One of the main results of the survey concerned the two priority fields desired for the foreign workers to come to work : first (56 %) “nursing-care” and second (50 %) “agriculture and fisheries.” Both are fields young Japanese refuse to work in due to hard conditions and low reward. Construction work followed. 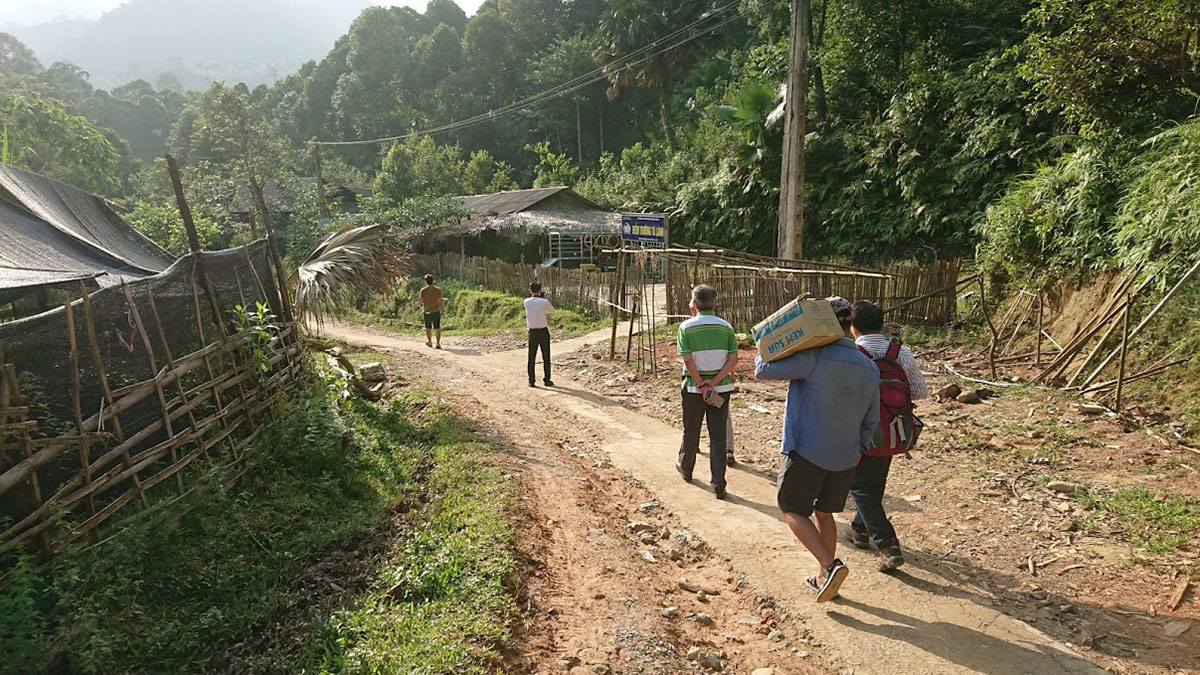 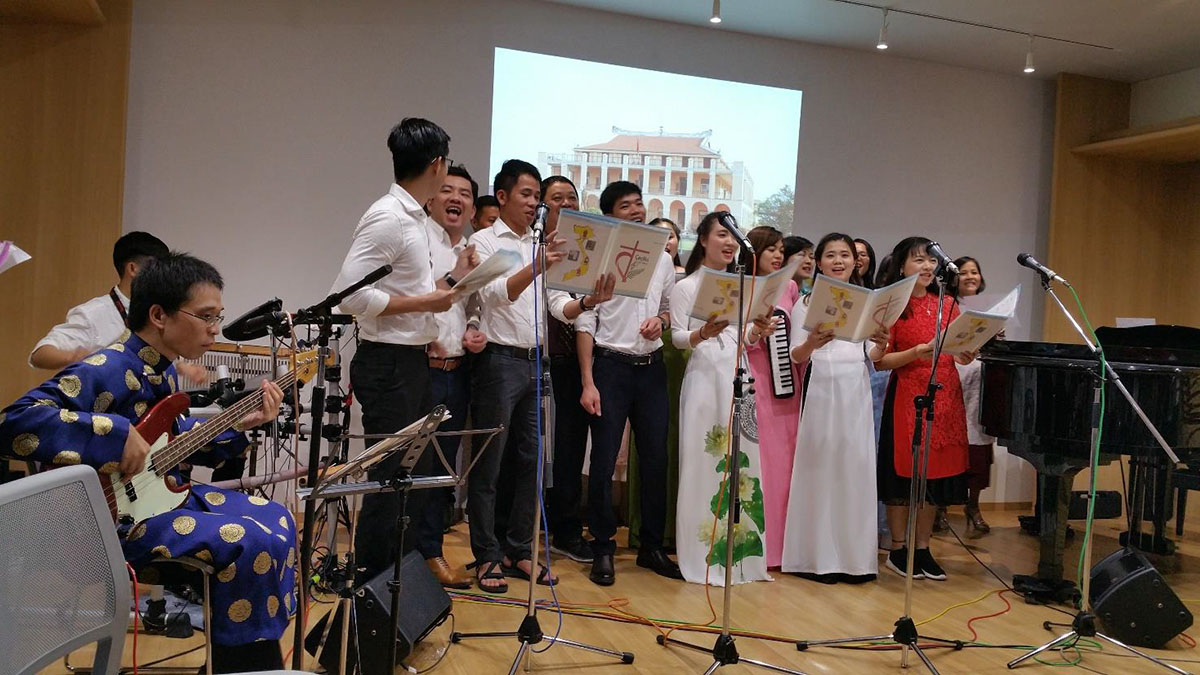 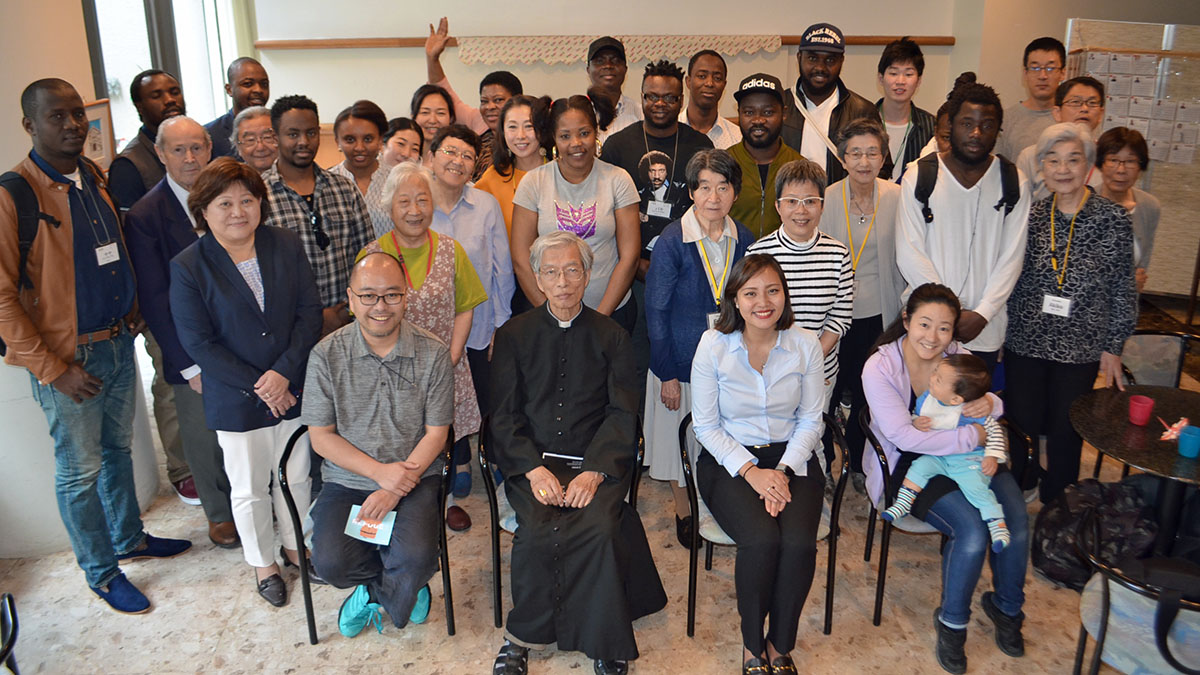 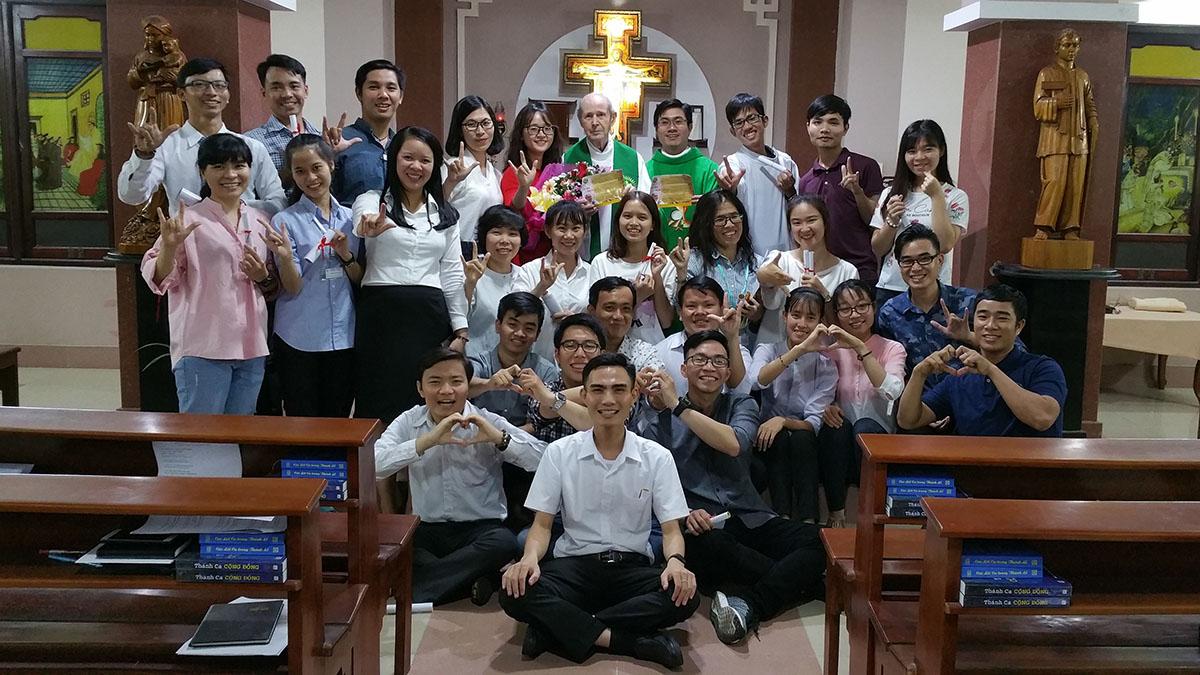 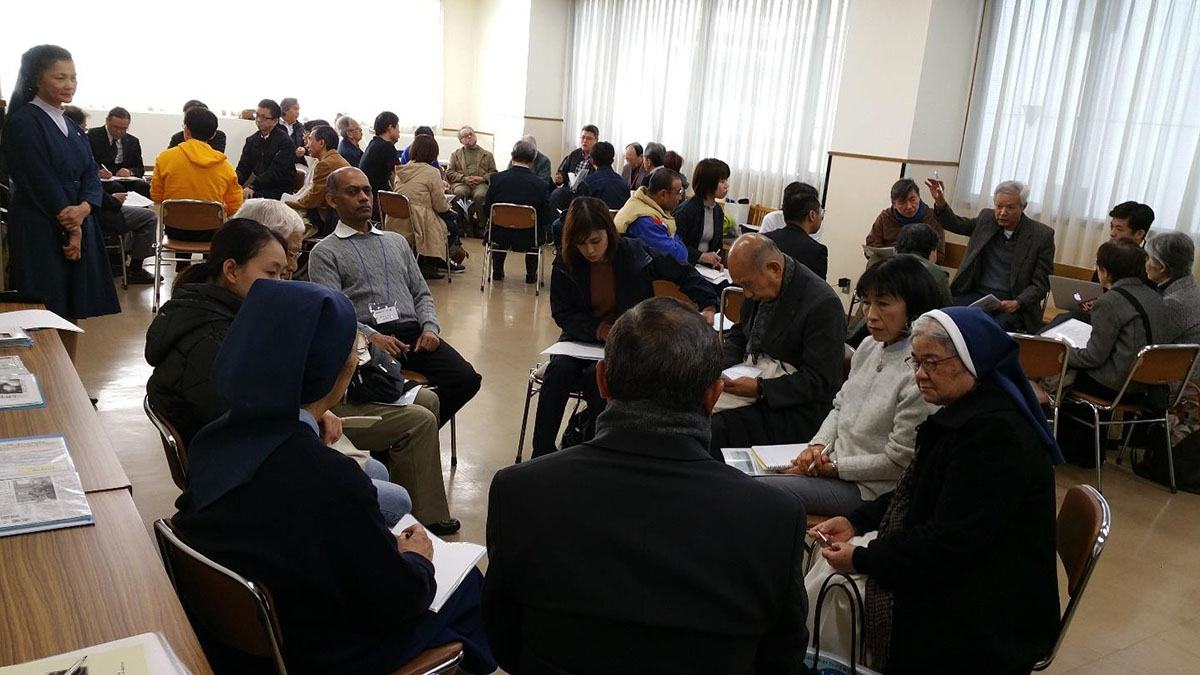 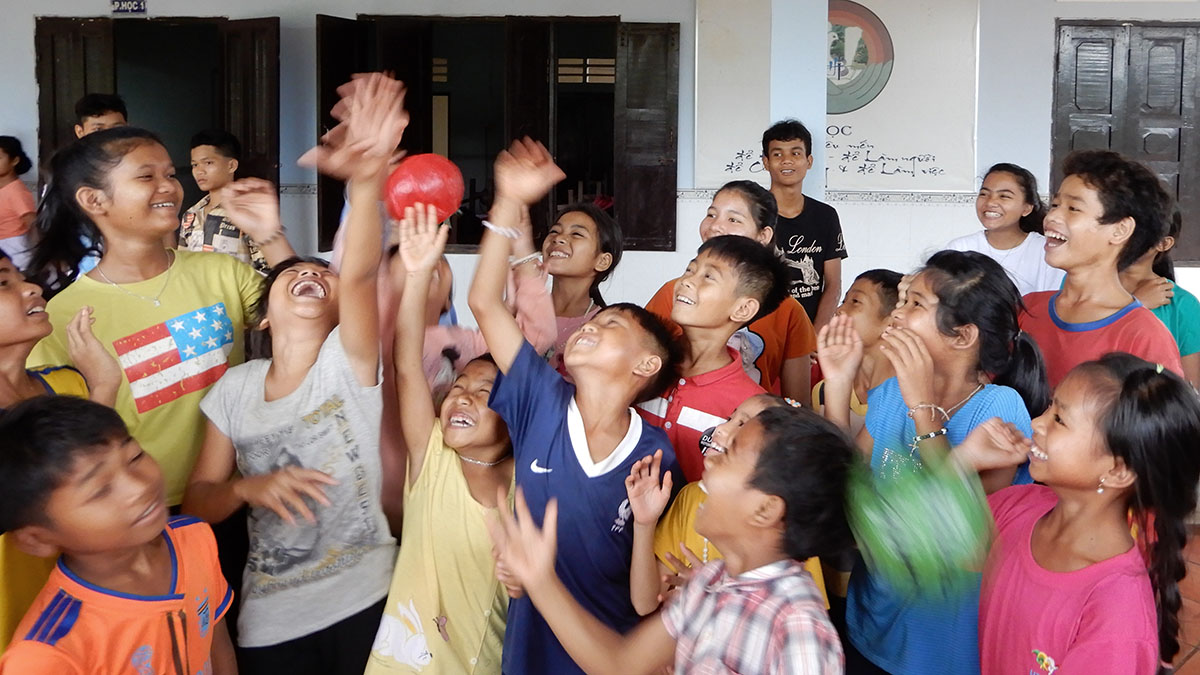 Everything considered, much work could be done to assist so many thousands and thousands of young foreign workers. Filled with dreams to assist their poor families back home and to grow more to build a better future, they risk their own lives. Our center is short in personnel and in funds, but our options for the last 10 years have been legal assistance with lawyers and education in language training for the most vulnerable. One of our latest dreams is to open a Seminar House Center oriented to migrant workers. Maybe when this Year Book sees the light, this dream will finally have come true!

JCAP Refugees Migrants
Share this Post:
Fifty years of creative initiatives
They fought for the justice which springs from faith: some unto martyrdom
Posted by Communications Office - Editor in Curia Generalizia