Collaboration and integration: the future of the Society’s universities in Rome

“Greater collaboration between the academic institutions entrusted by the Roman Pontiff to the Society of Jesus corresponds to current times.” This is what Pope Francis wrote on 17 December 2019 to confirm his approval of the project for the integration of the Pontifical Biblical Institute and the Pontifical Oriental Institute with the Pontifical Gregorian University. The process has been underway for at least two years and is on the right track. The goal is obviously a synergy that will allow a better service to the universal Church.

Johan Verschueren speaks with complete transparency: when he took up his position a few months ago, he was surprised at the level of resistance encountered. Fears for loss of autonomy and specificity were very common. However, the work was progressing. The legal committee, the generous commitment of the project director, Mr. Pedro Ramirez, and the collaboration of the General Curia were opening up paths for the future. What was missing was a common basis, a dynamic vision for that future. 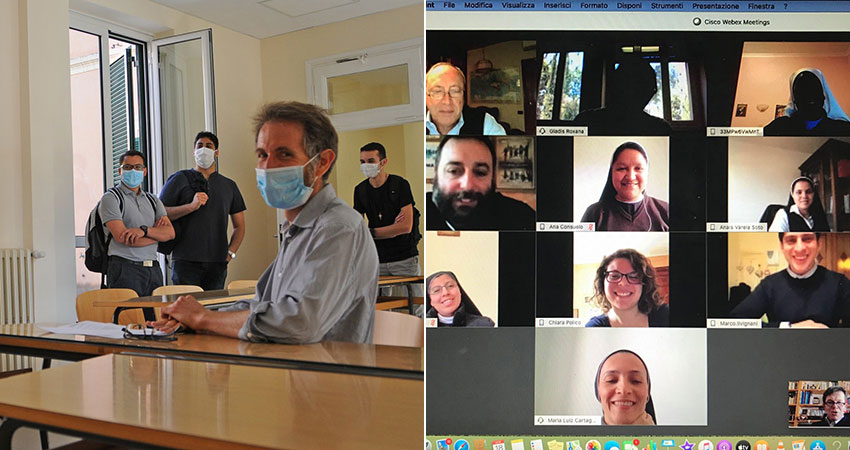 “Why are we going ahead with integration?” Fr. Verschueren asks. “How can we optimise our academic commitment to the service of the universal Church? The papal document of confirmation allows us to move forward concretely, with spiritual maturity.” The Delegate noted, from the many interviews he has conducted, that the “silent desire” for integration is greater than the search for preservation of the status quo. But, in the spirit of Ignatian spirituality, it is still necessary to progress in inner freedom, he noted. The courage for change will germinate in faith; the Lord is showing the way. The project is therefore a duty of a spiritual nature.

Professor Pedro Ramirez is an electronics engineer also trained in business administration. He worked for 35 years at ITESO, a renowned Jesuit university in Mexico. He had expressed to the Jesuit rector of his institution a desire to continue to serve the Society of Jesus, but on a broader level. The rector saw this as a movement of the Spirit. When the need for a project manager arose for the project of integrating the three Roman institutions, the name of Pedro Ramirez came to the fore. 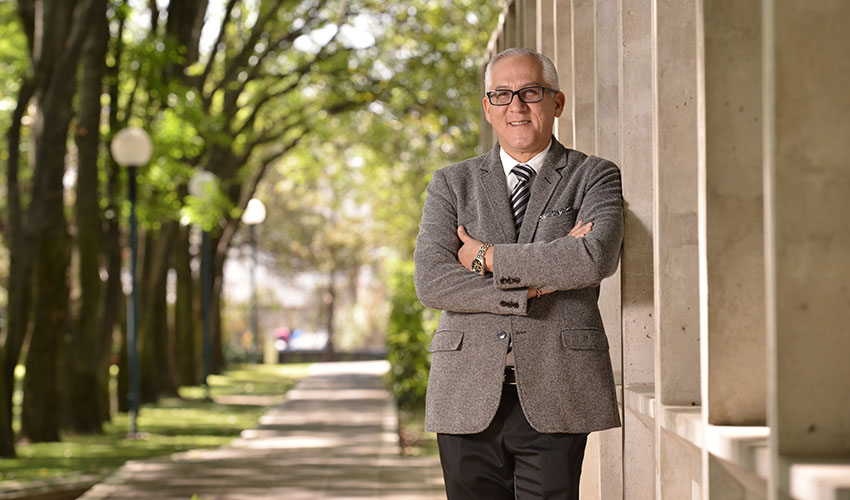 Here is what he reports from his experience so far. “In order to create a relationship, we began to make visits to the institutions. That way everyone could get to know people who play a similar role. They were aware that they had a “brother” but often didn’t know him. These were moments of meeting but above all of listening. Beyond a technical task, this project is a human challenge, as it is largely based on the work of people. Everyone must listen to each other. The technical part is the last and least difficult. My experience has taught me that you have to approach the mission and vision of the institute on a general level and listen to people on a personal level."

His role, he understood, was not dictated by administrative efficiency, but by a modern overall vision for three particular institutions. This was a great challenge, which was also a source of joy for Pedro Ramirez, because it will lead to a just model of integration which will ensure the long-term life of institutions which the world and the Church need.

According to the project, the two specialised institutes will become academic units of the Gregorian University. The Secretariat of State of the Vatican, under the aegis of Cardinal Pietro Parolin, has taken the necessary steps with the Italian authorities so that, in the context of the unification of the three current entities, their new status will receive the same legal treatment as they have had separately. This process was completed quickly and concluded on 4 September 2020. There is no longer any doubt: the project is now moving forward at a fast pace.

Higher Education
Share this Post:
Archivists networking… according to the wishes of 36th GC
Crying out for peace
Posted by Communications Office - Editor in Curia Generalizia

The IAJU Board (International Association of Jesuit Universities) met over the course of three days (March 14-16) by zoom. The meeting was co-animated by...

Who do you want to be?

The General Curia in partnership with Christian Life Communities (CLC), the Global Secretariat of Education and Educate Magis designed a worldwide campaign called “Who Do You Want to Be?”

Pope Francis to speak live with students of the Americas!

In a historic first, Pope Francis will be speaking directly to University students from across the Americas. Titled, "Building Bridges North South: A Synodal Encounter Between Pope Francis and University Students"...