Winds of peace from Korea

The Korean peninsula became independent from the 36-year-rule of Japanese colonization on August 15th 1945, with the end of World War II. However, the joy of liberation did not last long. The peninsula was divided into two parts along the 38th parallel, with the US Army stationed in South Korea and the USSR Army in North Korea. After the three years of the Korean War in the 1950s, the division of the Korean peninsula has lasted until now with an internecine feud between the two parts.

In 2010, the Society of Jesus in Korea established a National Reconciliation Apostolate Committee to carry out a mission of peace. I have been chairman of the committee since March 2013; but due to the cold relations between the South and the North, there was no opportunity for ties with North Korea. So I decided to do a Ph.D. course on North Korea Studies. Although it was not easy, I managed to finish the course in February 2018. Since the summit between President Moon of South Korea and Chairman Kim of North Korea in April of that year, the relationship between the South and North has been improving. So I think it was God’s will to lead me to do the Ph.D Course on North Korea at this timely period. My dissertation is about the characteristics of the Catholic Church in North Korea. 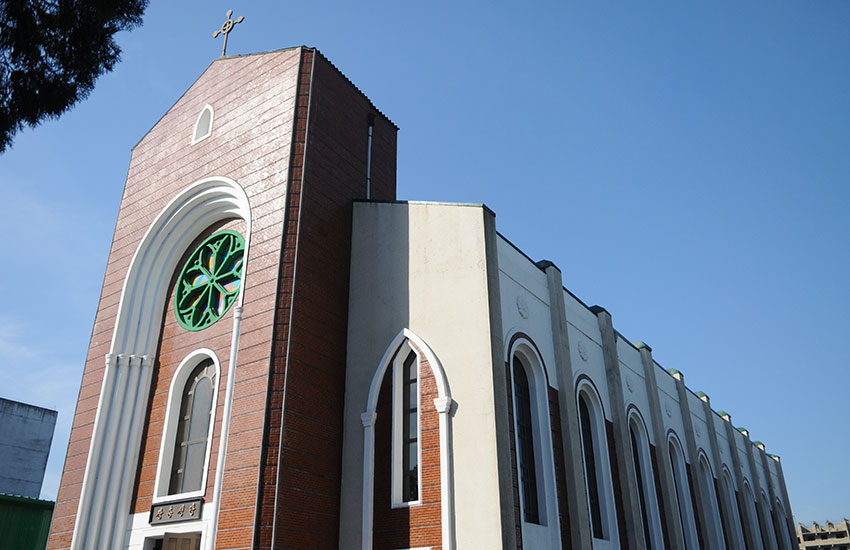 After finishing my dissertation, I have been asked to give lectures in the South about North Korea. People in the South have been taught about the North in distorted ways during the decades of the military dictatorship after the Korean War, and some journalists report the realities of North Korea in a distorted manner even today. So, it is necessary for the Korean people to have an understanding of the actual situation in the North. I especially try to reveal the real situation of the Catholic Church in North Korea and give lectures to people of various status about the role that the Catholic Church in the South can have for the development of the Church in the North. 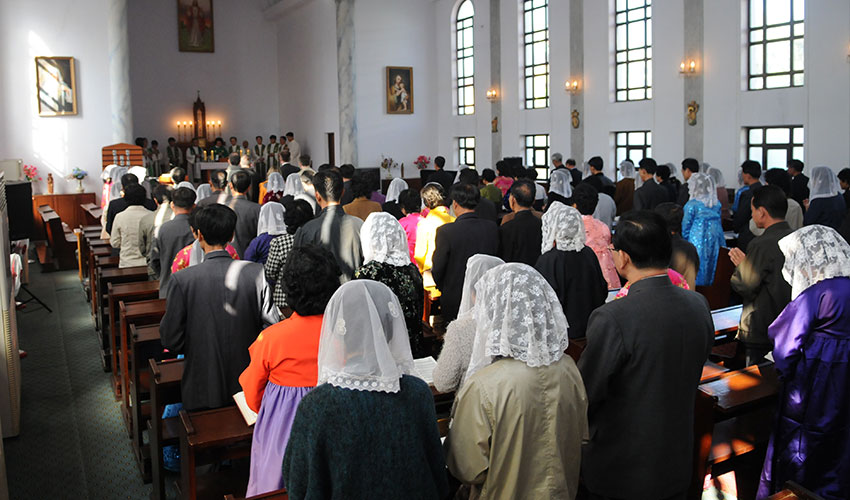 In October 2015, I had the opportunity to visit the Changchung Cathedral and celebrate Mass there. I visited it with priests of the Catholic Priests’ Association for Justice (CPAJ) of South Korea, which was organized informally to foster peace and justice in the 1970s during the period of the military dictatorship in the South. We met the chairman of the Association of the North Korean Catholic Church, Kang Ji Young (Paul), a lay believer, who had been newly appointed chairman of that organization. We also visited several places in Pyeongyang, such as a children’s hospital, a folk village and a horse-riding club.

The most shocking event was the celebration of Mass in the Changchung Cathedral. Inside, there was the altar, a huge picture of Jesus Christ and the tabernacle, but the tabernacle had been empty for 30 years. On the walls around the altar, there was a picture of the Blessed Virgin Mary and one of St. Joseph holding the baby Jesus in his arms; and the Stations of the Cross were hung around the church walls. The people who attended the Mass were mostly baptized by the leader of the Cathedral because there were no priests. They attended the Mass, sang hymns sincerely, and received Holy Communion devotedly. What I thought was unique was that they did not wear the obligatory badge of Kim Il-Sung and Kim Jung-Il during the Liturgy. This is unacceptable in North Korean society. If they do not wear that badge, they go to jail. But the North Korean authorities have given permission not to wear it while they are in the Cathedral. This is evidence that the authorities have some recognition of the autonomy and unique status of religion. 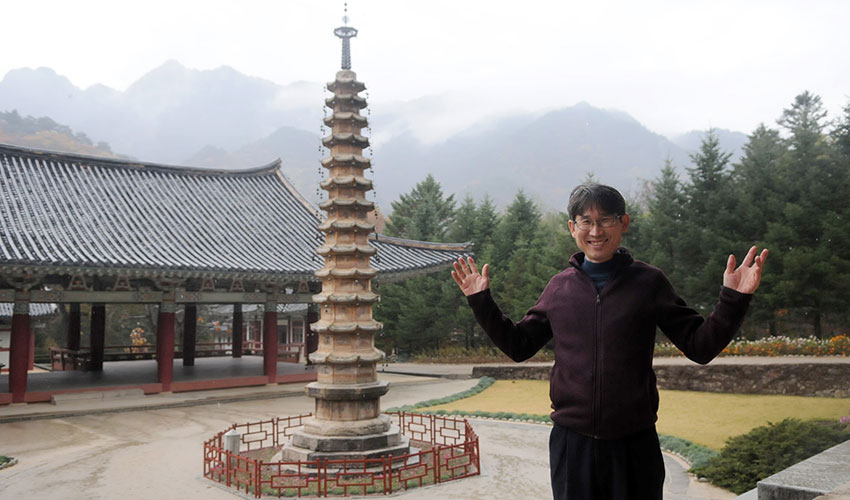 Father General Arturo Sosa has said in his letter On Discernment of Universal Apostolic Preferences, “Reconciliation has been a central, intrinsic dimension of the pursuit of Justice, that is, of the earnest efforts to restore the fine fabric of manifold relations that constitute the human being according to the original design of the Creator. The mature fruit of Reconciliation is Peace.” He reminded us, moreover, that the 36th Congregation places “at the center of our life and mission the ministry of reconciliation in Christ which God the Father realizes through the Holy Spirit.” Though the Korean peninsula is a small land, it will play an important role in spreading winds of peace over the whole world just as the little town of Bethlehem has done as the birthplace of Jesus Christ.