During the week of 16 to 20 November, Father General met with his Council to discuss themes for reflection that, without being linked to specific situations of the Society of Jesus, influence the whole of its functioning and its commitments.

Among these themes, the meeting considered some of the effects of the COVID-19 pandemic experienced throughout the world. The Secretary for the Service of Faith, James Hanvey, facilitated these conversations, focusing on the ways in which the major religions have responded to the unprecedented situation we are facing. Can the pandemic encourage rapprochement between religions, fostering inter-religious relations?

The first part of Father Hanvey’s presentation, which was essentially Ignatian in character and linked to the Spiritual Exercises of St. Ignatius, dealt with the Trinity’s view of the world at the time of COVID. Not without statistical elements, of course, but more importantly, his presentation was an opportunity to measure the consequences of the pandemic on the world. Destabilisation, restriction of freedoms, tests of credibility for public authorities and governments, increase in the technological surveillance of people, increase in public debt all may have consequences for future generations.

But Father Hanvey’s presentation also highlighted new forms of social connections, links between communities, as well as new ways of working that require a revision of labour laws and an obligation to reorganise social space to take into account a world where all are interconnected. More broadly, the pandemic offers an opportunity to “wake up”: together we must do better. International organisations, in particular the WHO (World Health Organisation) will play a more important role in the future.

James Hanvey then focused on the responses to the present situation proposed by thinkers from various religious traditions. He referred to proposals from Christianity, Buddhism, Protestantism, the Orthodox world, Judaism, Islam, African and indigenous religious traditions. It would be unfair to try to summarise here in a few sentences how religions can contribute positively to the current context. However, here are a few ideas that stand out. 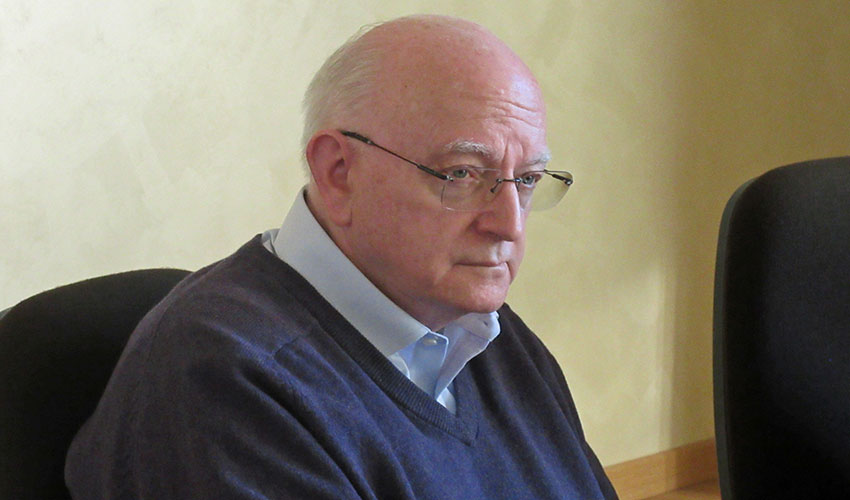 The pandemic has fostered the creation of new communities of prayer and liturgy, of communion. The pandemic has enabled the development of new spiritual and moral resources. It has raised awareness of the need for social and ecological transformation. It encourages encounter and reconciliation between religious traditions because it is clearer than ever that we are all “in the same boat.” Finally, the current situation makes it necessary to become aware of the centrality of the human person and his or her rights, of the - threatened - equality of all. All religious traditions identify with this principle and can therefore be brought closer to one another, unite more than ever before, to promote this anthropological vision that also has a spiritual dimension.

Some quotations to conclude:

• “Man-made and natural disasters are increasing in the name of development; the common good and indigenous peoples are the worst victims of this process. In this context the concern for justice in the form of various movements is becoming stronger and stronger.” (Stanislaus Tirkey – Indigenous peoples)

• “It is all too easy to feel helpless at the perceived scale of the crisis. Yet it is precisely during such times that the Buddhist values of mindfulness, compassion, and acceptance are most needed.” (A Thai monk – by Greg Sharkey)

• “On the whole, the pandemic has strongly supported those who advocate a change in the lifestyle of our communities in the spirit of Laudato Si’; religious Judaism is also moving fast in that direction.” (Marc Rastoin – Judaism)

• “As a ‘field hospital,’ the Church is also called to be Samaritan, allowing itself to be questioned by so many men and women who have fallen by the wayside, interrupting its journey, feeling compassion, taking care of the wounds of a humanity deeply traumatized by the effects of the COVID-19 crisis.”

Father General COVID-19
Share this Post:
The Padre Hurtado Shrine: opening our eyes to the reality of the excluded
That first Mass that never seems to happen
Posted by Communications Office - Editor in Curia Generalizia