When I went to Jeju Island last year, one of the most popular resort areas in Korea, I watched a Muslim selling sushi in the market. I realized that he was one of around 555 people who had fled from the civil war in Yemen and had arrived at Jeju. Their arrival made the Koreans flabbergasted. In a long history, the Korea peninsula stood back from migration. Only after being colonized by Japan did Korea join more actively in dynamic demographic movement. Korea had been a sending country rather than a receiving country. Korea has sent quite big numbers of refugees to Japan, the United States, and Middle East countries. The situation changed suddenly. Koreans began realizing the fact that they have new good neighbors with the nice title of “migrant workers.” It was 1988. But refugees! And Muslims! The first reaction of ordinary Koreans was a feeling of being flabbergasted. This was followed by a feeling of anger.

The presence of Muslims in Korea has not been recognized. During the Korean War, Turkey sent their troops to help South Korea, and this was the beginning of the history of Muslims in Korea. Their numbers are still insignificant. In Korea, there are 200,000 Muslims including 30,000 Korean Muslims. The presence of Muslims usually fails to draw attention from Koreans. However, when one Korean worker was beheaded by a Muslim terrorist group in Iraq in 2004, the image of Muslims was stigmatized in Korea. Therefore, the Korean people consider the Muslim as a ghost-like-being. It is miserable image, and it is fearful and dreadful for the Muslims. Their presence was kept out of sight. Journalists shaped this image of Muslims in Korea very successfully. However, the refugees were suddenly at the gate of the Korean peninsula. 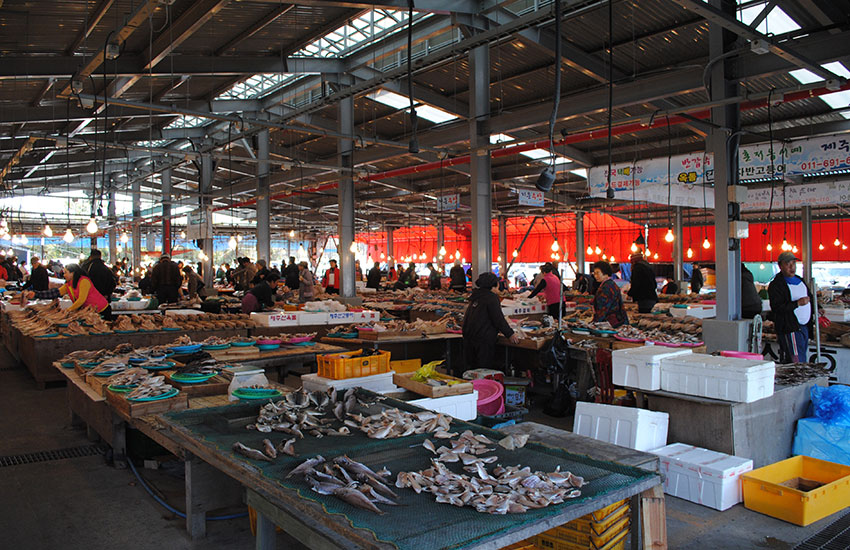 Apart from their tragic background, the profile of the man’s work is very interesting, because I never imagined that a Muslim could work in a restaurant that sells sushi. I asked myself, “Sushi ... Is it haram or halal? Is it legal for Muslims to touch Sushi?” I still don’t have an answer.

I could catch a strange feeling of familiarity. What was it? I soon realized that the scene of Jeju was quite similar to that of Shimonoseki. The Zainichi are the foreign residents in Japan. When I went to Shimonoseki last year, the purpose was to build an area of agreement for our mission of reconciliation with the North Koreanophile School. I remembered the story of old generations and of teenagers, a story of discrimination and of their struggle to preserve their identity as Korean. I already mentioned the similarity between the refugees in Korea and the image of ghost. The image of Zainichi also has the image of a ghost: obscure, dangerous, and dreadful. The South Koreanophile Zainichis were usually hesitant to show their identity openly. They have their Japanese names and go to the ordinary schools in Japan. But North Koreanophile Zainichi are very tough and brave. They insist on their Korean name, and some go to their own school. The problem is that their graduation has no legal recognition. So, they have great disadvantage when they try to go on to higher education. 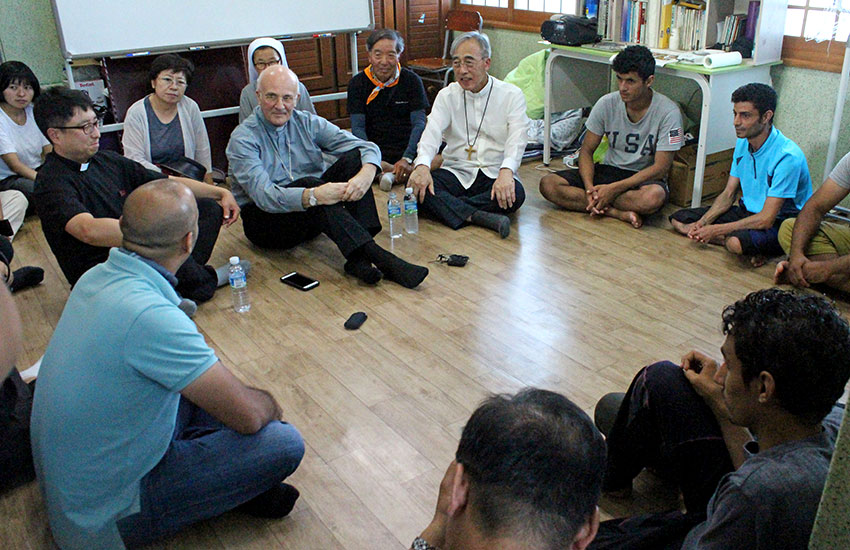 It is strange that South Koreans protesting to the Japanese government about the rights of their fellow Koreans in Japan urge the Korean government to stop allowing refugees to enter Korea. The term “double standard” can be applied perfectly in this case.

The refugees and migrants are a mirror of how we treat and look at others. China, Japan, Korea, and Singapore are the sending countries. Meanwhile, Taiwan, Japan, Korea, and Singapore, but not China, are suffering from demographic crisis. The influx of migration is inevitable. Otherwise, the only option is self-destruction. That is the reason why Abe Shinzo, the Prime Minister of Japan, issued a new migration policy that welcomes more migrant workers to the country. More migrants will rush into these countries. The presence of migrants and refugees is a wonderful chance to look at ourselves clearly and a merciful opportunity to live the prophetic life. The unfriendly approach to refugees/migrants that we perceive in our society ironically invites us to follow the way of the cross.