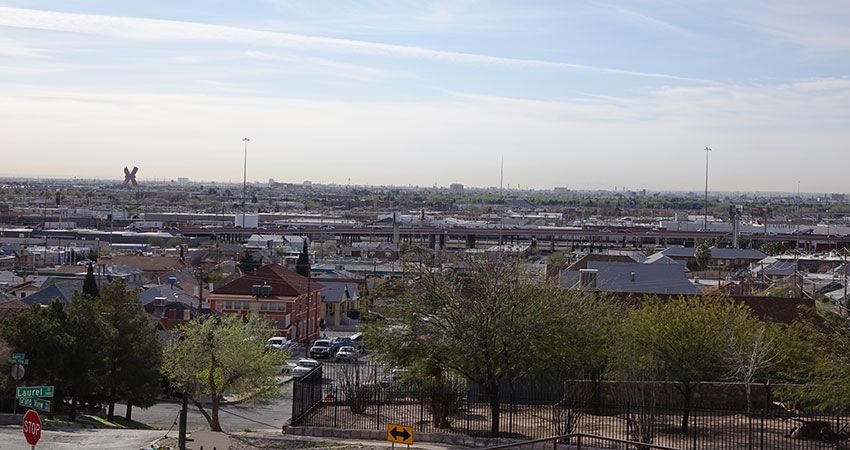 This house is the home of the Encuentro Project, a new collaborative and intercongregational ministry involving the Jesuits of El Paso, the Marist Brothers of the United States and Mexico, and the Hope Border Institute, a grassroots community organization working in the El Paso-Ciudad Juárez-Las Cruces region that seeks to bring the perspective of Catholic social teaching to bear on the social realities unique to this border region.

The Encuentro Project, which opened its doors for its ministry of encounter in December, 2018, offers programing and lodging for border immersion experiences for groups from high schools, universities, and parishes. The project aims to help participants gain greater understanding of the complex history and present reality of migration in the border community and to challenge the borders in their own communities that marginalize immigrants and refugees. The project draws its inspiration from Pope Francis’ call for a “culture of encounter” to address the fear and indifference that marginalize migrants and refugees. 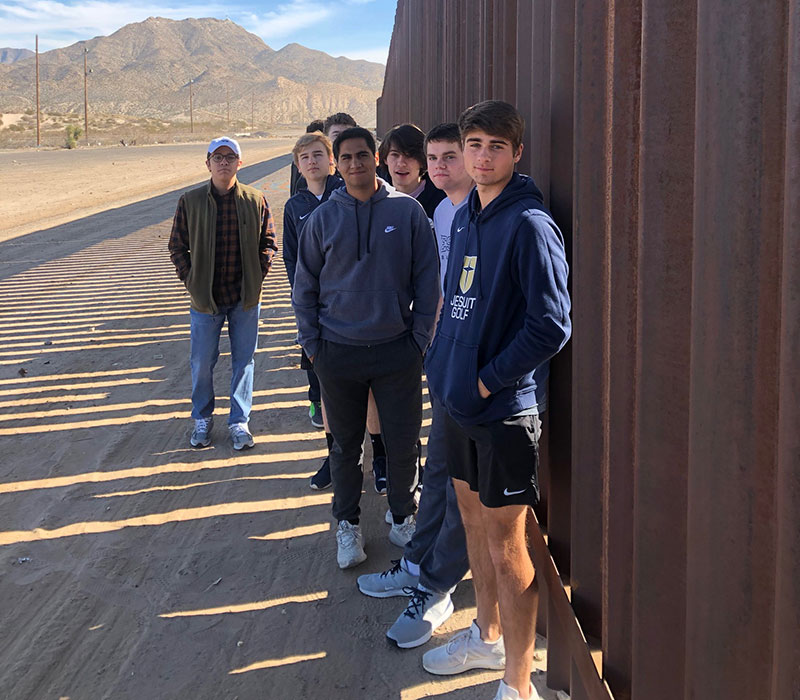 Immersion programs are typically four to six days in length and are tailored to the needs and ages of participants. Each experience typically includes:

• Direct work or encounter experience with asylum seekers, migrants, or refugees, either in an area emergency shelter or detention center or through the education and social service programs offered by El Sagrado Corazon, the Jesuit parish in El Paso
• Education in Catholic Social Teaching on migration
• Analysis of the push-pull factors causing migration from Central America and Mexico into the United States
• Opportunities for deepening understanding of border/migrant realities through site visits, including a trip to or across the U.S.-Mexico border
• Evening reflection and prayer using the examen. 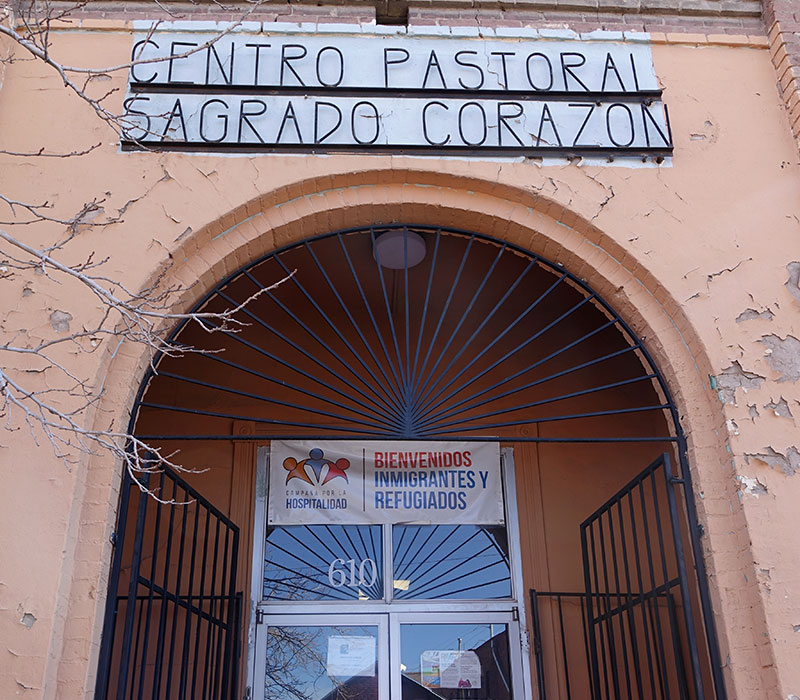 Under the leadership of director Fr. Rafael Garcia, SJ, the Encuentro Project is profoundly impacting participants’ attitudes toward and understanding of the harsh realities faced by migrants at the southern border of the United States through experiences like:

• Visits to “the wall,” where participants can reach through the huge steel slats separating the United States and Mexico and touch the hands of Mexican children just on the other side of the border, children who may have parents or relatives living in the United States but who can not cross the border themselves. In a recent visit by students from Jesuit College Preparatory School in Dallas, Mexican children passed their puppies to the young men through the wall that they could not pass through.

• Sharing Eucharist with men and women being held at a detention center. Lena Chapin, the leader of a recent immersion trip for adults sponsored by the Ignatian Solidarity Network, described the significance of this encounter for her: “As we entered into communion with these men and women and shared signs of peace and brief conversations, internal and external borders faded into the background. We were Christians, family, one body of Christ.”

• Being in the presence and hearing the stories of asylum-seekers at a shelter after being released by Immigration and Customs Enforcement. Ms. Chapin expressed the feelings of many of the Encuentro participants who visited the shelter during their trip. “There weren’t divisions just because they had passed through the wall or crossed a borderline. There was no ‘us’ and ‘them.’ There were simply parents sharing understanding glances as children made messes out of cookies and juice. They were weary travelers appreciative of clean sheets and the promise of a good night’s sleep.”

Jesuits at COP26 in Glasgow call for Action towards Ecological Conversion

Promoting Ignatian Spirituality in a school… without Jesuits