Social Christianity in Quebec, inspired by the “Centre justice et foi” for 40 years

In the 1980s, with the disappearance of the activities linked to the Institut social populaire (Popular Social Institute), which was the former École sociale populaire (Popular Social School, created in 1911), a group of Jesuits relaunched a project for a centre for studies, research and social analysis around the magazine Relations (founded in 1941), a library created in 1945 and called upon to become a centre for documentation on social issues, and a series of public debates known as Soirées Relations. Thus was born the Centre justice et foi (CJF - Justice and Faith Centre) in 1983.

From 1985 on, a new line of activities began to develop, dedicated to questions of immigration and pluralism, fruit of a prophetic discernment on the part of the founders of the social centre. This sector of the CJF, now called Vivre ensemble (Living Together), offers unique expertise to accompany the Church and society in Quebec in the face of the challenges of hospitality, as well as those of a growing cultural and religious diversity. 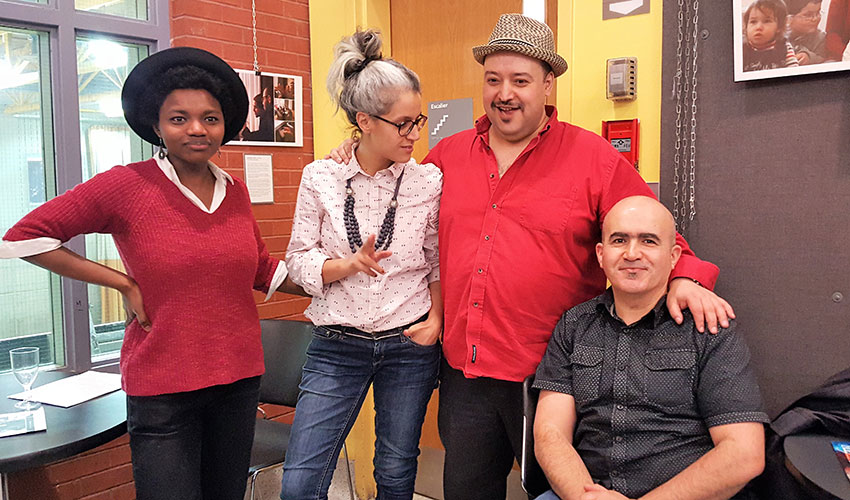 A crossroads for reflection, commitment and celebration

One of the dimensions that constitute the originality of the Centre justice et foi is the fact that, since its creation, it has always been an intermediate space for reflection and social commitment, which allows the encounter and cross fertilization of academic and community knowledge. For more than 35 years, some 300 public debates (Soirées Relations) have been organized in Montreal, but also in other regions of the province of Quebec, not counting nearly 40 seminars, reading clubs, summer sessions, study days and colloquia, in which speakers from various sectors of society have participated to discuss fundamental issues together.

Through its positions and public activities, the CJF is an original and respected actor on the social and ecclesial scene. At a time when the spaces that favor the maintenance and development of a society and a Church in solidarity are shrinking, its team continues to animate citizen debates in which everyone, regardless of their beliefs or personal convictions, is invited to mobilize in the name of justice, the common good and human dignity. The CJF is the bearer of an original reflection on religion and transcendence in a secular context, a reflection that few organizations in Quebec are able to bring into the open.

The CJF also brings together socially committed Christians for moments of reflection and celebration. It is a meeting place for believers of different religious traditions and has also been animating, for the last three years, the Maria’M group: a feminist dialogue between Christians and Muslims that makes it a pioneering project. 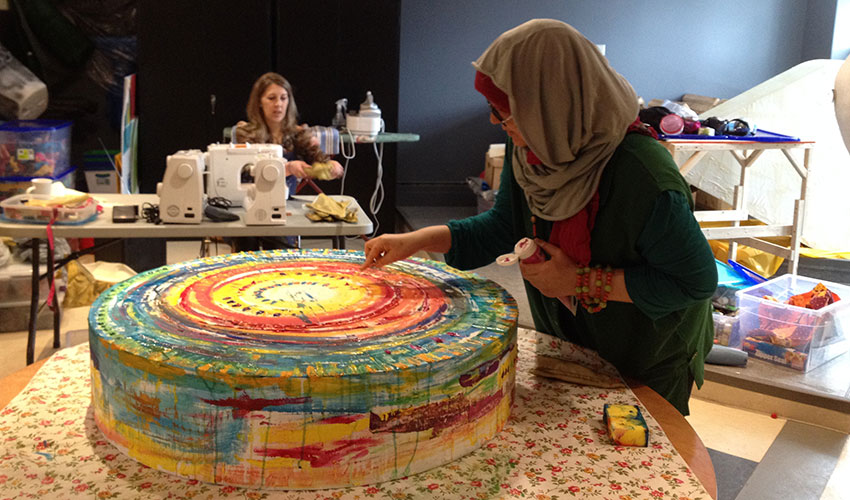 Since its foundation, the CJF has been an important actor in the many debates in Quebec society, making several notable contributions to further the evolution of public policies and mentalities. Below are two examples:

Thirty years ago, the magazine Relations denounced the impoverishment of Quebec and the growing disparity between its regions in a shocking report entitled “Le Québec cassé en deux” (Quebec split in two). Following this publication, the CJF organized a tour of the regions to mobilize numerous organizations and citizens to denounce this unacceptable situation. The initiative forced the government to reveal information about regional inequalities and led some political leaders to take citizens’ demands seriously.

In March 2013, Vivre ensemble proposed a study day on Islamophobia. This phenomenon, denounced and documented at the international level, was absent from public debates in Quebec. The CJF team wondered about the particularities of its appearance in our context. In order to denounce the exclusion mechanisms at work and to get out of the false representations that feed this Islamophobia, a photographic report entitled “QuébécoisEs, musulmanEs... et après...” (Quebec muslim (wo)men... And then what?) was created, as well as an educational guide. These teaching materials were used in more than 60 different settings with conferences and awareness-raising activities to better understand Islam in Quebec. 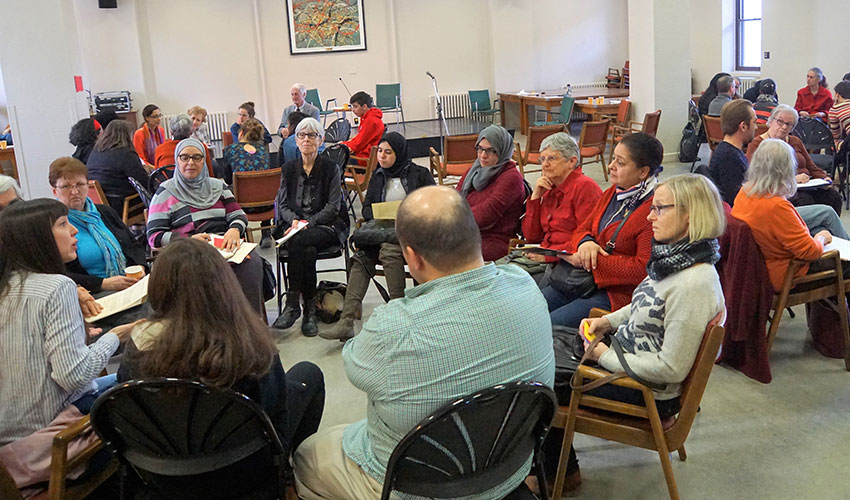 A strategy of working in networks and coalitions

The CJF participates in various committees, coalitions and solidarity networks; it maintains links with grassroots organizations that pursue objectives similar to its own. Team members are also invited to give lectures, within their specialty, on the occasion of activities programmed by other agencies.

It is in this collaboration of all the members of the team with others that reflection and action are enriched, becoming more pertinent, more in conformity with the aspirations of those affected. It is within these solidarities that the work of promoting the CJF is most effective, allowing us to create with others a balance of forces that makes possible a change of mentalities and policies.

[Article from "Jesuits - The Society of Jesus in the world - 2020", by Élisabeth Garant]

Walking with the Excluded JCCU Universal Apostolic Preferences SJES
Share this Post:
“Together we heal, learn and shine”
A Jesuit artist at the Curia
Posted by Communications Office - Editor in Curia Generalizia

Congratulations to the winners of the “Four Dreams” film competition organized by the IAJU and the General Curia of the Society of Jesus! This time, the prize is related to the 3rd UAP, accompany young people in the creation of a hope-filled future.