The recent earthquake in Haiti had a magnitude of 7.2. It killed more than 2,000 people and destroyed thousands of homes and infrastructures in three departments in the southwest of the country. The Catholic Church was affected: at least two priests were killed, the bishop and only Haitian cardinal in Les Cayes, Chibly Langlois, escaped the rubble unharmed. In the diocese of Jérémie, where the only Jesuit bishop, Gontrand Décoste, is the pastor, the roof of the cathedral has collapsed and the bishop’s house shows large cracks.

After verification, no Jesuits were injured and no deaths were reported among the immediate collaborators of the Society. However, the houses of several of them were affected. Two days before the earthquake, Fr Eddy Mondestin had arrived in Jérémie with Fr Pierre Rachelin Coicou to launch the parish for which the Society had agreed to take responsibility. With the earthquake, everything has to be rebuilt; it will really have to start from scratch. 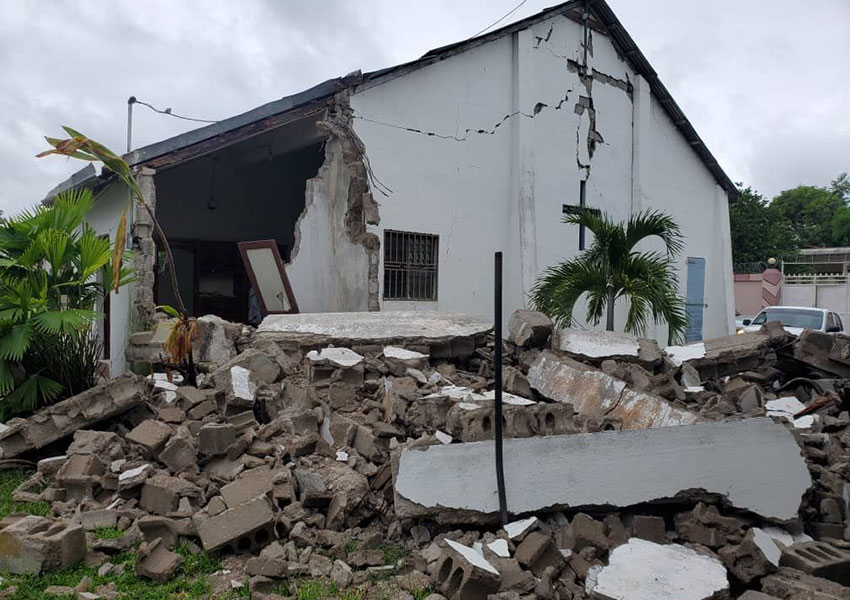 As is often the case in Haiti, the misfortune has once again created an energy of solidarity. The superior of the territory, Jean Denis Saint Félix, and the coordinator of the response project, Kawas François, kept the Jesuits of the Canadian Province and other parts of the world informed. They have done so quickly and regularly since 14 August. Two days after the earthquake, relief efforts began to be organized and coordinated. In this context, the Commission d’Intervention des Jésuites dans le grand Sud (Jesuit Intervention Commission in the Greater South) (CIJS) was set up. It chose to concentrate its efforts on building housing in four of the most affected communes. The priority for reconstruction support will be for houses for poor families which have lost everything. 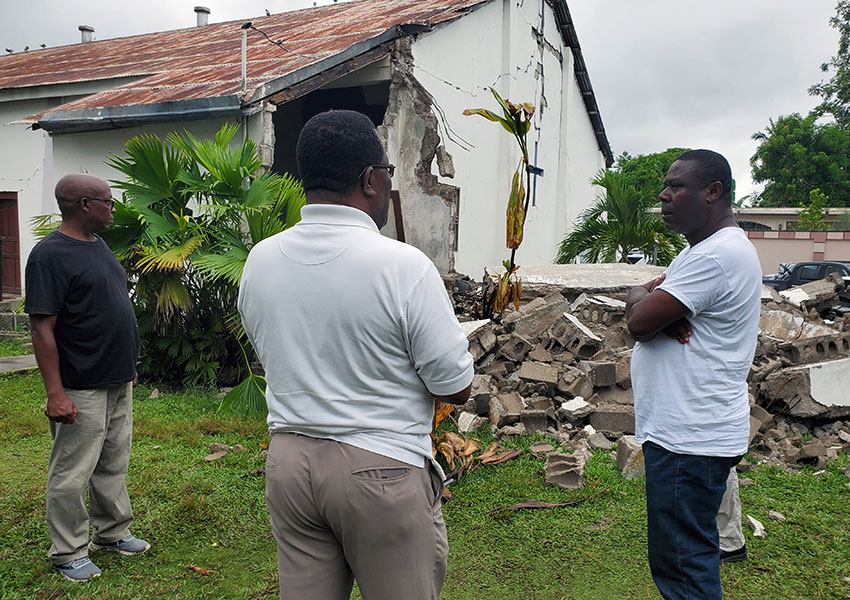 The on-site visits by the Intervention Commission from 25 to 27 August were a source of great emotion. The group observed an almost total absence of State institutions, the trauma of the population sleeping in temporary shelters built by the people themselves, the absence of aid from international organisations because of the condition of the roads and the country’s insecurity crisis, while humanitarian convoys are often looted.

In a joint statement, the Superior of the Territory and the CIJS coordinator wrote: “We are grateful for the ways you have shown us solidarity, letting us know we are not alone. Many thanks. You are well aware from media reports of the difficult situation our country is going through, and how things have gotten worse with the earthquake. (...) The Jesuits in Haiti want to respond together in a coordinated way, with a focus on the reconstruction stage. To this end, the following Jesuit institutions are joining in a common project: CERFAS (Social Centre,) Jesuit Migrant Service, Foi et Joie, and the Fondation Godefroy Midy. (...) We invite you to continue participating in this work of solidarity, which we carry out in Haiti on behalf of the global community of Jesuits, friends and partners. Thank you for your continued solidarity.” 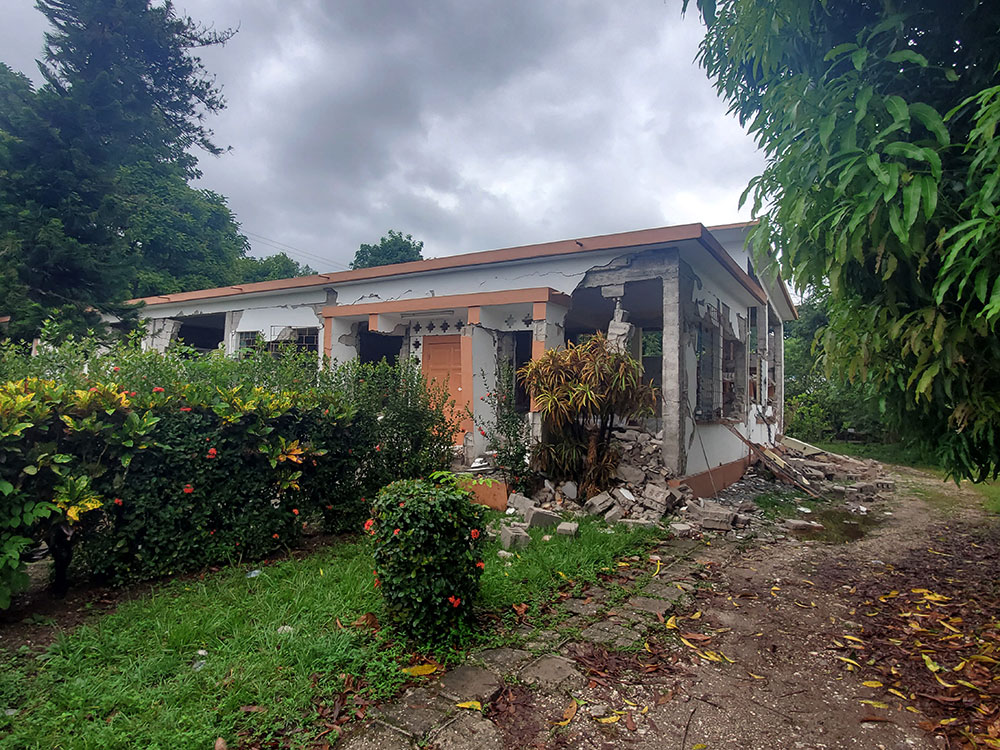 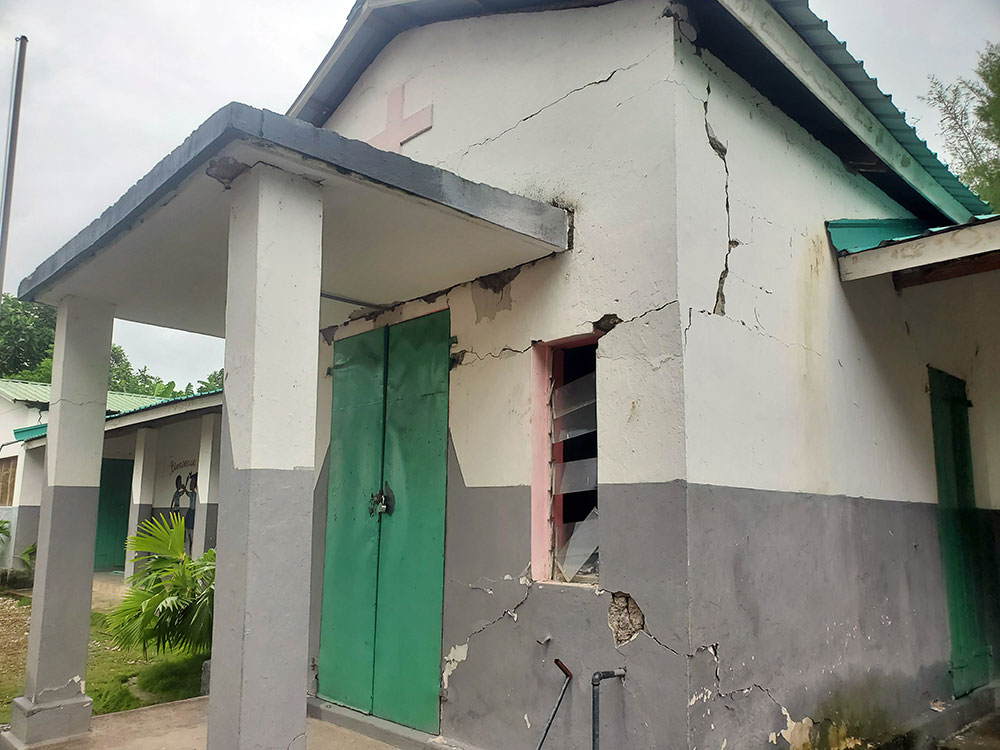 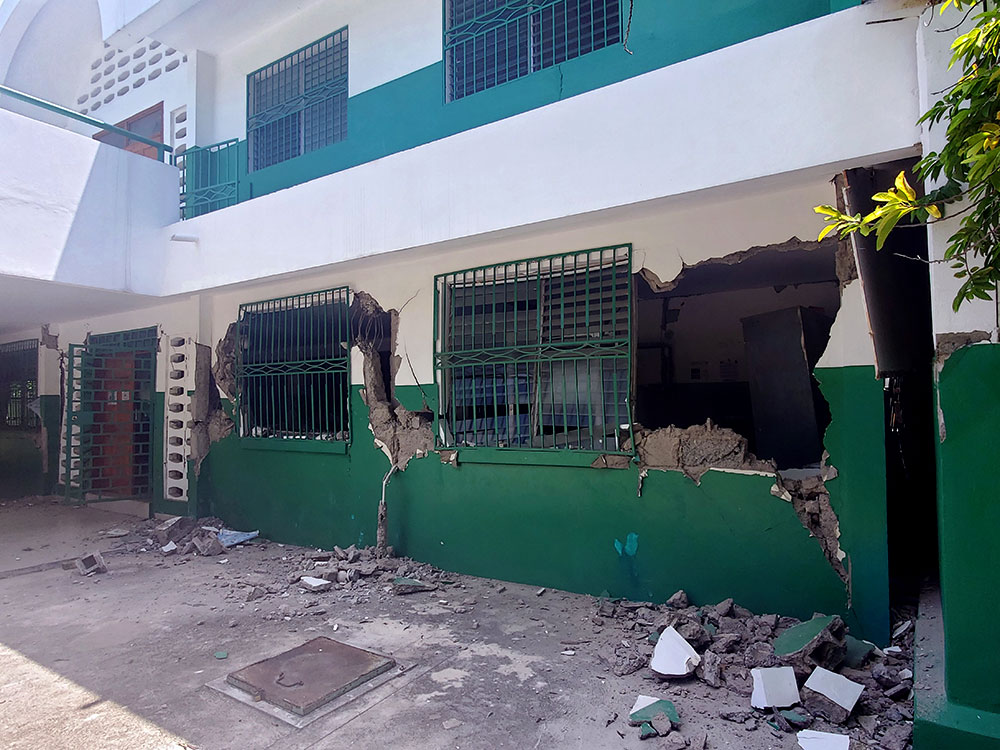 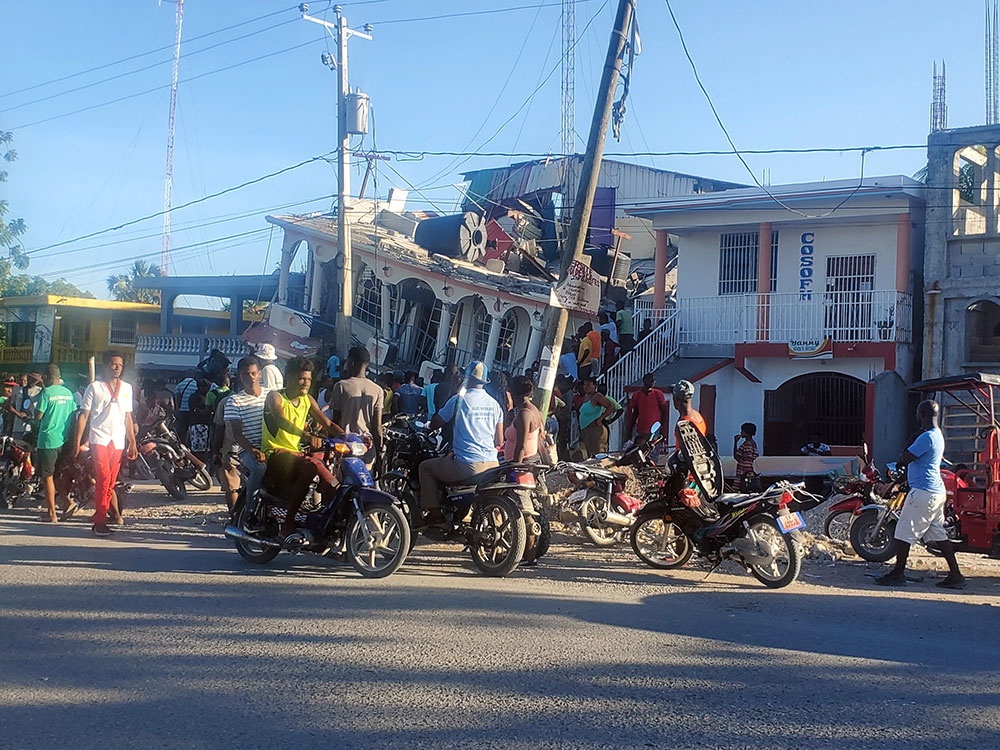 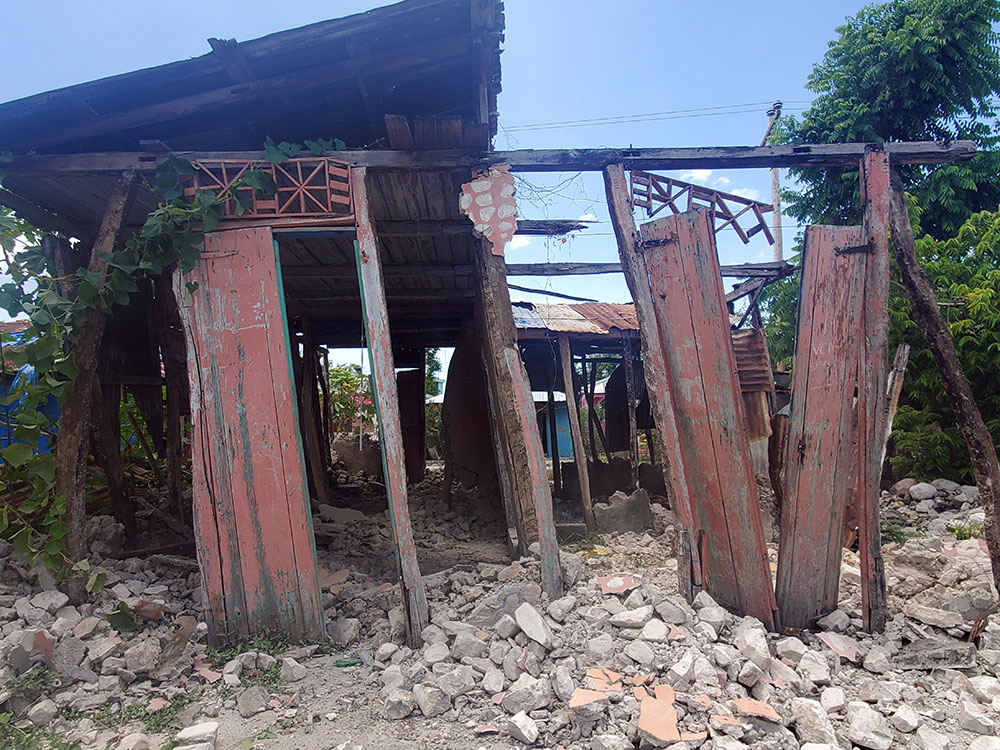 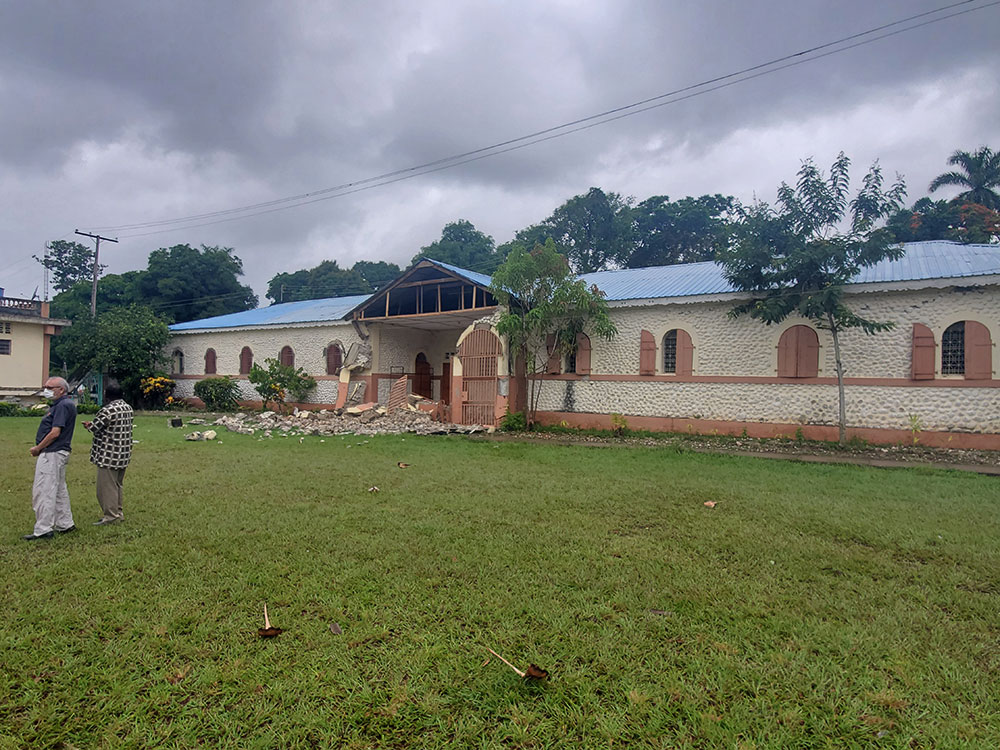