The document is not going to change anything if there is no conversion in the Society. That’s always the challenge.

Father General’s Extended Council met this week and considered the work of the Committee reviewing the Instruction on the Administration of Goods. We had the opportunity to talk with the General Treasurer of the Society, Fr Tom McClain, on this subject.

Father McClain, what is the origin of this committee that you head and what has been its work so far?

Basically, the request came from the 36th General Congregation that asked Father General to do a revision of the Statutes on Poverty and the Instruction on the Administration of Goods, with special attention to new financial instruments available in the world and on the use of the common funds in the Provinces. Our work implies a combination of laws, suggestions and values. On the one hand, the Statutes are laws with direct quotes from the Constitutions and their Complementary Norms, while the Instructions are guidelines, suggestions, best practices for reporting to the Superior General or between various levels of the Society regarding the administration of our resources.

A specific committee was set up for this task. Tell us about it and about its tasks.

Father General appointed six members: three from my office and three from other parts of the world: China-Taiwan, South Africa and Chile. My other Jesuit assistants were added later. Others might be invited to participate after this Consiglio Allargato. We were supposed to start in March 2020, but we were slowed down by the pandemic and we never had the opportunity to meet. We had to do all the work through Saturday Zoom meetings. 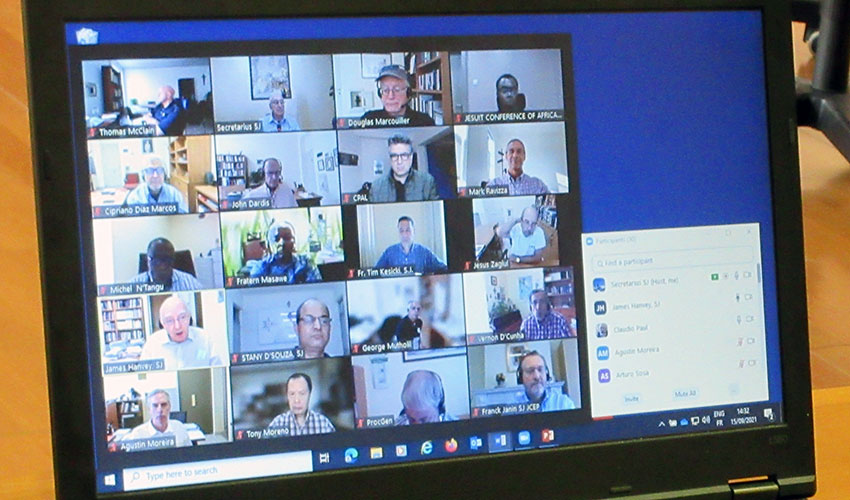 Among the topics we have worked on has been the nature of a “work”: what is a “work of the Society of Jesus?” Our language has been unfocused and there is a lack of clarity about this. We have also been considering the growing changes in the financial world. For example, our law that says that Jesuits may not own things in their name becomes problematic. Already, one country has banned currency and Jesuits must have bank accounts to be able to do any kind of financial transaction, from buying candy to clothing or to paying any other kind of bill. There is certainly a need to talk about the role of the individual in the administration of goods. Another example: the requirements in the world of finances are more complex and must take into account the laws to counter money laundering.

Another major concern for the committee is the cultural problem linked with the various languages. When we try to describe what “poor” or what “modest” means, we face difficulties related to different areas of the world. “Poverty, “pauvreté”, “povertà” have overtones that are different from one language to another. To have a broad guideline that is culturally appropriate is a challenge when writing instructions and statutes. For example, in one culture, “modest” means being well off while in another culture being modest is closer to being poor. The manual that we are revising has to be flexible enough for the Society to follow the changes and take into account the cultural sensitivities.

What are your expectations, what are your hopes? How do you think your work could help the Society in the next decades?

The document is not going to change anything if there is no conversion in the Society. That’s always the challenge. Hopefully it will provide better guidance for the Society as it continues to face different challenges in the world, diminution in some parts of the world, growth in other parts, cultural prejudices and the like. And hopefully it will also help us to become more global in our awareness and solidarity. I think that the world has become more interdependent and so have our finances. That would be certainly a part of the future direction on how we will live in the Society and how we will live our poverty, not only in our personal life and the life of the Provinces but also in the works of our apostolates. This is related to another question that Father General has raised: what does “poverty” mean for our apostolic institutions?

Father General Curia
Share this Post:
Administration and good administration: an important dimension of leadership
Discernment and Synodality in the Interreligious Context
Posted by Communications Office - Editor in Curia Generalizia