The Major Superiors of Europe and the Middle East meet “for real”!

For the first time since March 2020 - when Father General concluded his visit to North India and Nepal, after participating in the meeting of the Conference of Major Superiors of South Asia (JCSA) there - a Conference can again hold an in-person meeting of its leaders. The European Low Countries (ELC) Region is hosting such a meeting at the Oude Abdij (Old Abbey) Spirituality Centre in Drongen (Belgium) from 9 to 14 October.

The meeting will include some time dedicated to topics which are important for the future organization of the Society of Jesus in Europe as a whole, that complex territory which encompasses so many different nations. One major item on the agenda will be a one-day retreat led by Father General. The participants of the retreat will be the Major Superiors from Europe gathered in Drongen. But he will also invite the Major Superiors from Canada and the United States to join the retreat online. The theme of the retreat will be the vow of poverty. 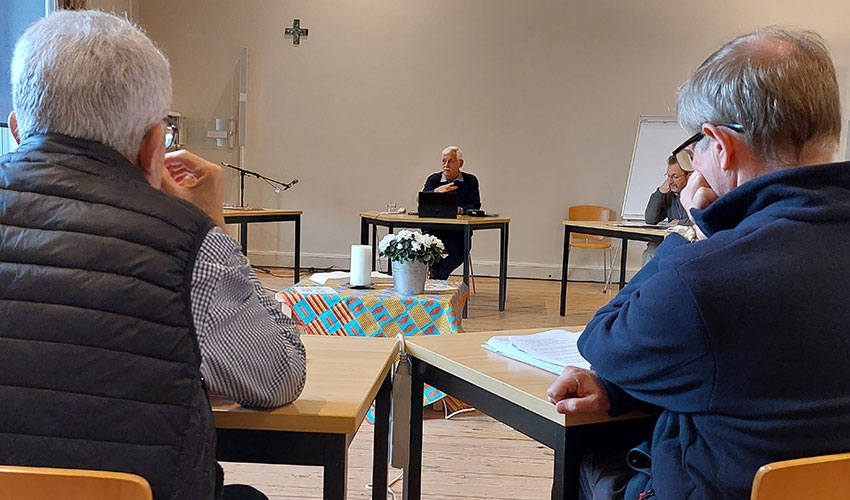 Many activities linked to the Ignatian Year are directed towards the members of the broader Ignatian family. But Fr Arturo Sosa wanted to draw one theme to the attention of Jesuits themselves: reflection, prayer and discernment on their vow of poverty. What does this vow mean for Jesuit religious in today’s world, what does it mean for the way they carry out their ministries, and what is its impact on the way they live their community life? Fr General’s proposal - that the vow of poverty be the theme for reflection - is directed to all Jesuits throughout the world, and he envisages that this be focussed on especially from the present moment to the end of 2022. But the first step in these reflections primarily involves the Major Superiors. The General himself is offering this one-day retreat to the participants of the Drongen conference, but, over the next few weeks, he will repeat it to reach every Conferences in every region of the world.

Sunday, 10 October, and part of Monday are dedicated in Drongen to this topic. Following the Ignatian method, Father Sosa will present points for prayer. The participants will then have time to reflect and pray individually, before meeting in small groups for spiritual conversation. They will share the fruits of their prayer in these groups. Later in the week, the Major Superiors of Europe will have to work out how they intend to share their spiritual reflections with their companions at home. As can be expected, the different cultural and social contexts in the various parts of Europe will present challenges. But “our ways of proceeding”, to use St Ignatius’ well-known expression, has always left room - for those responsible at the various levels of government in the Society - for freedom to adapt rules and guidelines according to what would best contribute to the advancement of God’s mission in particular situations. 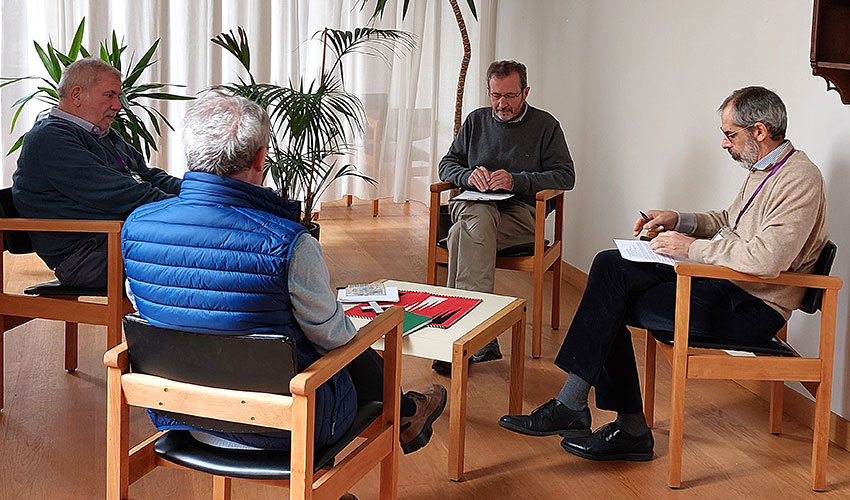 The JCEP meeting will also address the more usual topics of common interest. These include vocation promotion - another theme which Father General has stressed in recent months - the formation of Jesuits, the search for formators, the follow-up of interprovincial networks, and the question of novitiates in the Conference. But reconciliation will be another theme of special interest.

Reconciliation has been a key word in the Society since the 35th General Congregation, as a result of which Jesuits took on the mission to work for a three-fold reconciliation: with God, with humanity, and with creation. In Europe, perceptions differ about such issues as immigration, Islam, ethical questions, and secularisation. These are part of the overall picture today, and can be sources of challenge. This is especially the case when we consider the East/West divide in Europe. How can the Society of Jesus and Jesuits situate themselves in this context, and advance the paths of dialogue and reconciliation?

The Provincials have invited Professor Gwen Griffith-Dickson to help them in their reflections. She was born in Hawaii, and has had a career in British universities. Professor Griffith-Dickson is the Director of the Lokahi Foundation, which studies contemporary dynamics associated with religious and cultural diversity. The ways Islam is practised in various societies, understanding social divisions, and exploring ways for citizens to live in harmony are examples of pertinent discussion. Subjects such as these bring both challenges and promise. 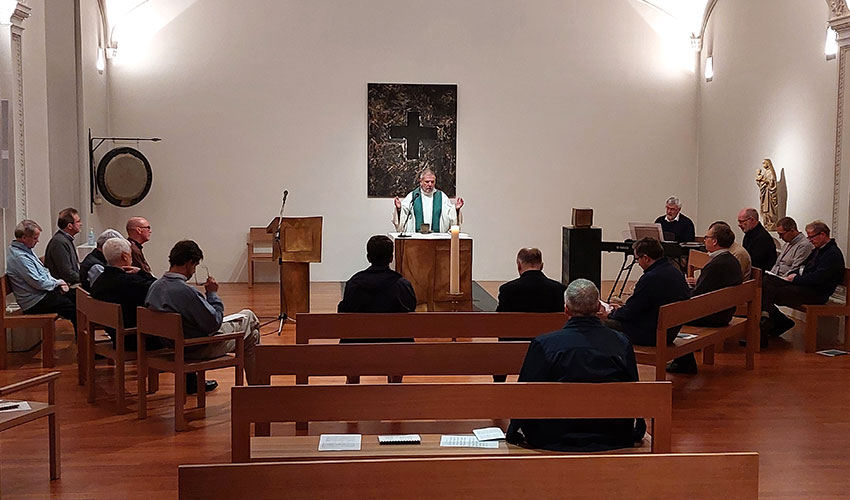 Father General JCEP
Share this Post:
“The Jesuit becomes poor to get closer to the lifestyle of Jesus” (Arturo Sosa SJ)
One year since Fratelli tutti: learning to live authentically
Posted by Communications Office - Editor in Curia Generalizia