In April 1994, Rwandans found themselves asking: Where has the God of Rwanda gone? Will the sun shine on Rwanda again? Twenty-six years since the beginning of the genocide against the Tutsi and the war, Marcel Uwineza, SJ offers some answers based on the need for conversion, the country’s progress, and his own journey.

By Marcel Uwineza, SJ - Rwanda-Burundi Region
[From “Jesuits 2021 - The Society of Jesus in the world”]

The origins of Rwanda’s wounds are multifaceted. These include the precolonial inequality, the colonial racialization of Rwandans, the economic and political crises of the 1980s and 1990s, and the fragile regional and class base of a political faction determined to hold on to state power, the sensitivities of relations between Hutu and Tutsi in both Rwanda and Burundi, and the politics of ethnic identification which was central to implementing genocide plans, etc. Analysing Rwanda’s tragic past, the genocide against the Tutsi did not occur only because leaders had given orders to their subordinates. Assassins did not submit only to authority. They were convinced that they had to kill not only because propaganda distilled fear and hatred, but also because their society had long been plunged into violence and was beyond any moral obligation. 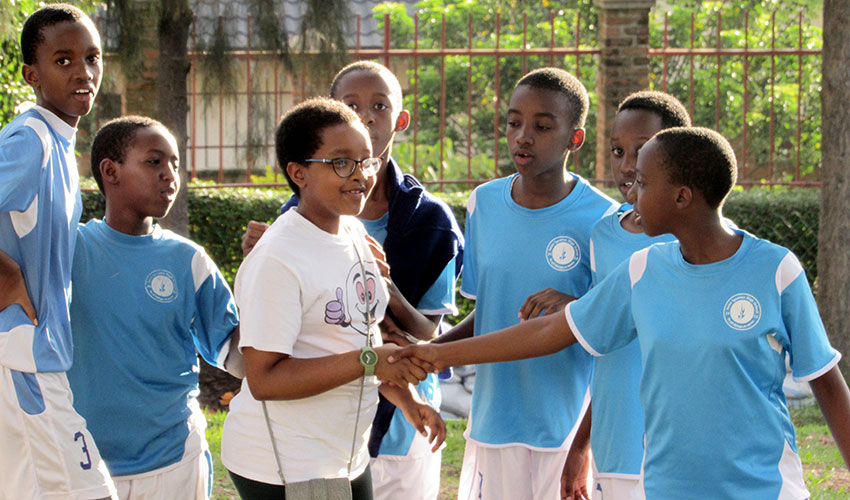 Countless people died, including three Jesuits: Innocent Rutagambwa, Patrick Gahizi, and Chrysologue Mahame. The country was in ruin: dead bodies were everywhere, leaving innumerable widows and orphans; demolished houses characterized every hill. Every Rwandan was wounded, regardless of one’s ethnic “label,” though wounds varied by degree. Rwanda’s appalling past is an affront to the ethics of responsibility. Théoneste Nkeramihigo, SJ notes: “unless it is accepted that belonging to an ethnic community constitutes a punishment deserving capital punishment, nothing justifies the extermination of so many human beings who are victims simply because of being who they were.”

The Rwandan church ought to undergo moral, religious, and intellectual conversions as theological imperatives. Almost from its beginnings, it has been shaped by bourgeois and class sensibilities, concern for respectability and material success, mere orthodoxy, a weak or facile understanding of the God of Jesus Christ, and lip-service to his Gospel. Moral conversion means that the standard for one’s status in society ought to derive, not from one’s ethnic or group affiliation, but from the inalienable dignity of each person created in the image and likeness of God. Religious conversion entails the ability to be grasped by ultimate concern. It is the permanent self-surrender to God without conditions. Intellectual conversion is an ongoing process in search of truth rooted in “cognition self-transcendence” with the desire to live a truthful life.

Under the leadership of Jean Baptiste Ganza, the current Regional Superior, we have been invited to constant conversion and there is more to be done. There have been Jesuit workshops and retreats whose theme was reconciliation. To mark the 25th anniversary of the genocide against the Tutsi, an International Conference was organized and brought together theologians, bishops, and leaders in diverse fields to share their expertise of how to restore peace and build true and lasting reconciliation. Proceedings from this conference will form a tri-lingual book. The Jesuit Urumuri Center has taken the lead in accompanying young people, thus fulfilling one of our Universal Apostolic Preferences, that of caring for the youth, who form more than half of Rwanda’s population. 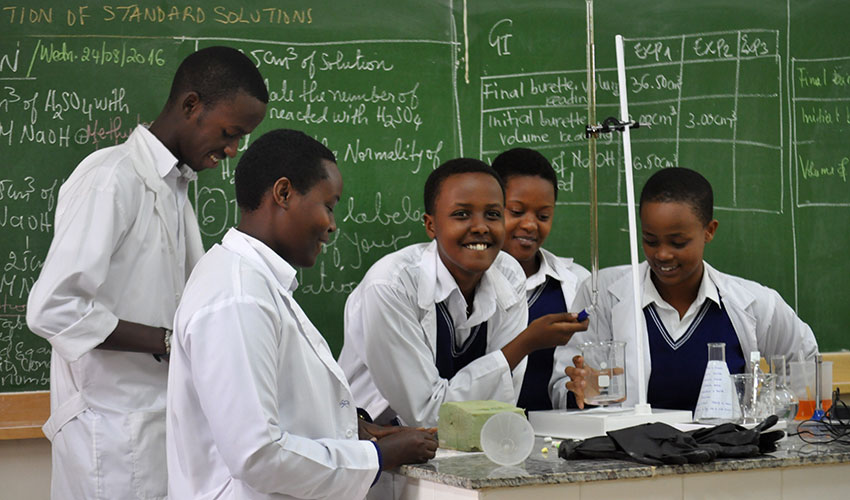 At the national level, prior to 1994, students hoping to enter high schools and tertiary institutions were classified by ethnicity and preferential treatment given accordingly; this became a method to ensure the development of the future elite. While the quality of post-genocide education is still somewhat lacking, the abolition of this ethnic identification of students and teachers is an achievement. Among Rwandan martyrs, one counts the children of Nyange High School, killed by Interahamwe militia in March 1997 when they refused to divide themselves along ethnic lines. Their sacrifice is an inspiration for conversion of hearts. Moving from one (restricted in admission) national university in 1994 to more than ten universities in 2020 has also changed the mindset of Rwandans.

Conversion is a process, not just an event. Rwanda has still strides to make. Conversion ought to start from the imperative of truth, one that must visit all “regions” of Rwanda’s histories, engaging also those wounds that are still uncovered. One year after the genocide, Augustin Karekezi, SJ, wrote, “we still have reason to dream.” On that first commemoration, he recalled the words of Jeremiah – words that inspire conversion for a new Church: “The Lord says: ‘I know the plans I have for you, plans for your welfare and not for harm, to give you a future with hope’” (Jer 29:11).

Here is a concluding note of hope! In the last twenty years, God has led me through a school of forgiveness. I met the killer of my brothers and sister. Upon seeing me, he came towards me. I thought he was coming to kill me too. But I could not believe what happened: as if in a movie, he knelt and asked me to forgive him. After a time of confusion, by a force which I could not describe I took him, embraced him and said: “I forgive you; the Lord has been good to me.” Ever since, I have felt free. Yes, in some cases, forgiveness means doing the unimaginable!

Journeying with Youth JCAM
Share this Post:
The Jesuit vow of poverty – A testimony from Travis Russell SJ
Candle for Peace
Posted by Communications Office - Editor in Curia Generalizia