The Provincial of Central America recently visited the General Curia. He had the opportunity to speak with members of Father General’s Council. Here are some echoes of the portrait drawn by Father “Mingo”- it is a rather dark one, overall. We let him do the talking.

The Central American Province encompasses six countries with great cultural and human richness, but with social conflicts that have marked our history. Inequality afflicts Central America terribly. This is compounded by violence and vulnerability to natural disasters, because of its geographical location and the lack of government prevention. Institutional weakness, corruption and a consumerist culture weaken democratic processes. The Jesuits are committed to accompanying the people. Given this reality, Father General asked me to outline to his Council the socio-political situation in El Salvador and Nicaragua.

For the Salvadoran population, the main problems of the country are the economic situation and violence.

Violence is suffered mainly by the lower middle classes and the poor in their neighbourhoods, where gangs are in control. Extortion, robbery, threats, harassment, kidnappings and murders are frequent in the lives of these social groups.

The economic situation is tremendously unequal. While the 20% of the population with the highest income earn 50% of the country’s income, the 10% with the lowest income have to live on a mere 2.5% of gross domestic product. Thirty-five percent of the population lives below the poverty line.

This precarious situation for the population has led to great disenchantment among the people, which is reflected in the politics. Frustrated that neither the right nor the left have responded to the needs of the population, the people sought other political alternatives. Nayib Bukele, the current president of the country, became president after serving three years as mayor of the capital, San Salvador. As mayor he achieved great popularity among the population due to his youth, his innovative ideas, his constant communication through social media and his ideological independence. Bukele’s electoral promises were to end corruption and transform the country with the resources that would become available because no one was stealing them.

Since Bukele assumed the presidency of the republic (on 1 June 2022), he has acted with arrogance, harassing groups critical of his policies, especially the media. His government has become increasingly autocratic. 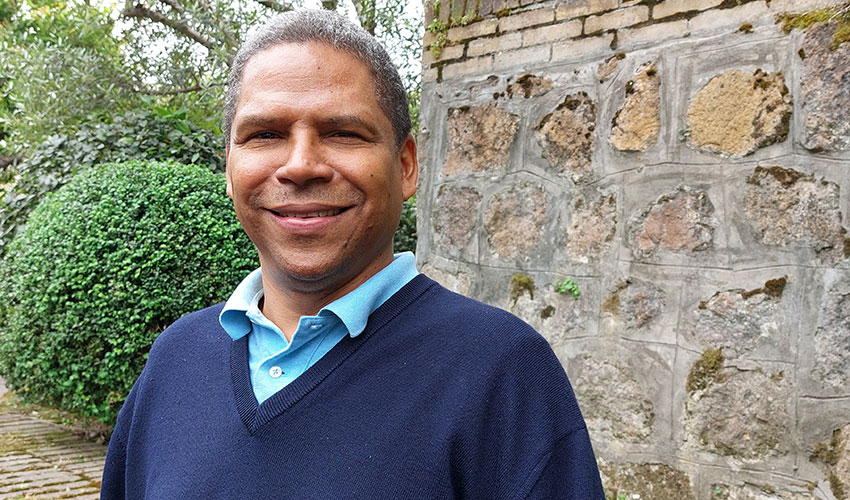 El Salvador’s great challenge is to halt the deterioration of the democratic system and recover the rule of law. That is, it needs to restore the independence of powers and ensure that freedom of expression and fundamental human rights are respected, especially for those sectors critical of the government.

In this context, relations between the Jesuit university (the UCA) and the Salvadoran government have taken on a conflictive character due to the university’s criticism of Bukele’s government. At the same time, the investigation into the 1989 assassination of the Jesuits at the UCA has been reopened. The Society wants the truth to be known, without politicization of the memory of the martyrs, and it wants other important cases in the country to be investigated.

This is the most fragile moment in the history of the Society in Nicaragua. The country is living under a dictatorship that has violated basic human rights, freedom of the press, freedom of expression, freedom of movement, etc. On 24 April, the Sandinista government expelled the OAS from the country. Since 2018, the right to peaceful protest has been criminalised, and opponents have been imprisoned, becoming political prisoners. Since 1 February, political trials have begun, and all those accused have been convicted. Government impunity is widespread. Migration is high, exceeding 200,000 Nicaraguans at this time: whoever can leave the country leaves.

Government relations with the Church and religious congregations are poor. The “foreign agents law” has left without funding many religious institutions that receive donations from abroad for their operations. It makes it virtually impossible for them to receive donations. The Bishops’ Conference has its hands tied. The political regime managed to get the Nuncio expelled from the country. The government is furious with the Catholic Church and accuses it of plotting a coup. Some foreign priests have had their residency cancelled, others cannot enter the country, and most have difficulty renewing their residency.

Despite this gloomy panorama, we live nourished by the hope of our people for a united Central America, free of injustice and respectful of the multitude of cultures, a place where we can live without needing to emigrate and where development includes everybody and shared by all. Central America is blessed with an enormous cloud of martyrs who have borne witness; they inspire us to continue working in favour of the most disadvantaged and for a region free of violence and impunity. Moved by the liberating experience of the God of Jesus, we want to continue fighting against exclusion, inequality and corruption, fostering solidarity among young people and a commitment to the most vulnerable.

CPAL
Share this Post:
Keys to Contemplating the Everyday
One Proposal for Ukraine: Our Jesuit Coordinated Response
Posted by Communications Office - Editor in Curia Generalizia

“Not one more death” – Statement by the Jesuits of Peru

In Peru, in a context of great political tension that has seen President Pedro Castillo imprisoned after he tried to dissolve the parliament, demonstrations have turned violent in several parts of the country. The Jesuit Province of Peru issued the following statement.