This is the second time in this month of July that a Jesuit has been officially recognised as “Blessed” by the Church. On 2 July it was Father Solinas, a missionary from Sardinia who was martyred in 1683 in the Jesuit missions of northwest Argentina. Now, on 16 July, it is a German Jesuit, a man dedicated to the spiritual well-being of the many people he met in the ‘missions’ he gave throughout Bavaria. This beatification adds another festive moment as the Ignatian Year comes to an end.

The Provincial Superior of the Central European Province, Fr Bernhard Bürgler, wrote the following: “Father Philipp Jeningen’s life was entirely in accord with the spirituality of the Spiritual Exercises of Ignatius. He was thus able to help many people be renewed by God in their lives. Thanks to his simple language, his edifying lifestyle and his philanthropy, he had a great influence everywhere he went. People felt that he believed what he said and - perhaps more importantly - that he demanded nothing of them that he did not demand of himself.”

The desire to join the Jesuits was already firmly anchored in Philipp at the age of 14, but determined opposition from his parents forced him to wait seven years. When his father, recovering from a serious illness, changed his attitude, Philipp entered the novitiate in 1663. After his studies, he first taught in colleges, and in 1680 he began his missionary activity in Ellwangen, where he was put in charge of a chapel dedicated to Our Lady. His presence attracted many pilgrims, and he obtained permission to build a church in Schönenberg. This church soon became a Marian shrine at a time when such spiritual centres were rare in Germany. 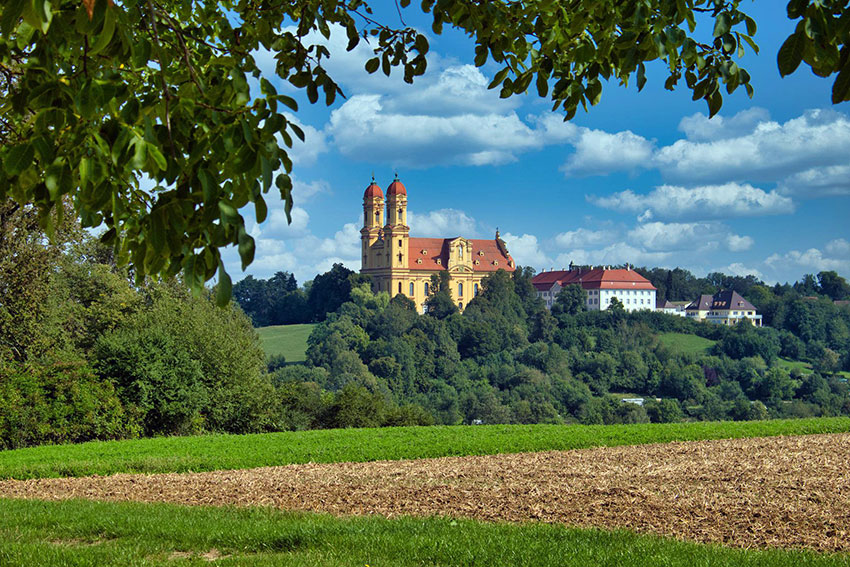 On the occasion of the beatification, Fr. Arturo Sosa, Jesuit Superior General, sent a message to his confreres and the entire Ignatian family, in which he stated:

In his epitaph, Father Jeningen is described as a “tireless missionary in and around the district of Ellwangen in four dioceses”. In fact, his work as a rural missionary was the real apostolate of his life. Many Catholics lived scattered and had no pastor of their own, even the churches and parishes, often destroyed, were in need of renovation. Father Philip travelled the country, held missions and gave retreats to priests; he cared especially for soldiers, prisoners and those condemned to death. In spite of his precarious health, he led a very active life and, despite his many illnesses, constantly brought comfort and help to people. The Eucharist was always his food.

While he was in the midst of his activities, he fell seriously ill after starting the Spiritual Exercises and died on 8 February 1704. He was buried in the Basilica of St Vitus in Ellwangen. Moves to beatify him started soon after his death. The continuing veneration of the Good Father is shown by countless stories of answered prayers, help and healings obtained through his intercession, including a healing that took place in 1985 and the Church recognized as miraculous. The deciding factor was that Father Philip remains a living example that still motivates many people today to make God’s love visible. 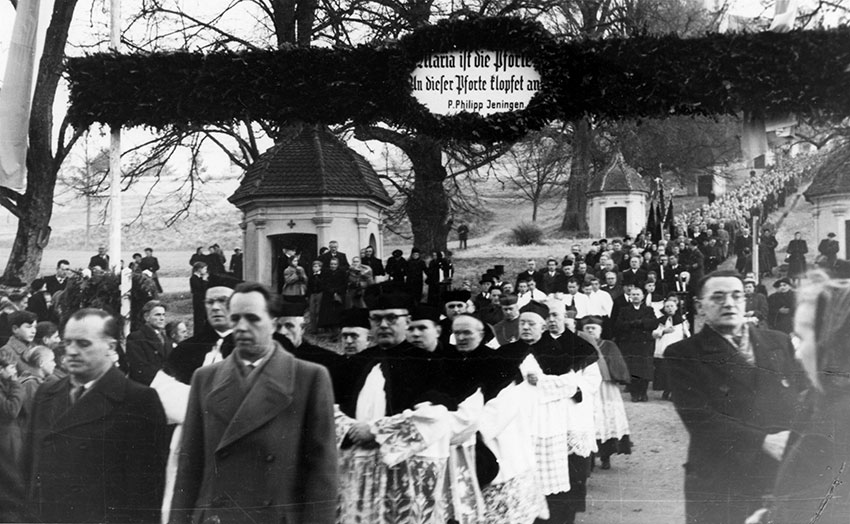 1953 - Beginning of the cause by Bishop Carl Leiprecht.

Although different from today, his era too was marked by the deep wounds of war and violence. When he was born, the Thirty Years’ War was in its final stages, and when he died, the War of the Spanish Succession (1701-1714) had just begun. In both wars, decisive battles were fought not far from Ellwangen. His beatification shows us that it is through people who dedicate their lives to the Gospel with all their strength, that hope and confidence enter the world. Many young pilgrims in the footsteps of Fr Jeningen continue to walk the path between Eichstätt and Ellwangen to this day. May the coming beatification impress upon them the perseverance, courage, trust in God, openness, patience, kindness to others and the ability to endure adversity that this German missionary had.

May the forthcoming beatification be an occasion for a renewal of our life and work starting from the spirit of the Spiritual Exercises. May the pilgrim Philip Jeningen with his missionary zeal be a model for us at all times wherever we can make the presence of God visible to people and where we can work towards a deeper reconciliation based on justice, faith and solidarity with the poor.

[In a forthcoming article, the testimony of Fr. Anton Witwer, who was involved in the preparation of the cause and who will be present at the beatification ceremony.]

JCEP Missions Jesuit Saints
Share this Post:
A culture of collaboration to become persons with and for others
A recognized and active presence of the Jesuit brothers
Posted by Communications Office - Editor in Curia Generalizia