Alfred Toppo, SJ - Madhya Pradesh Province
[From “Jesuits 2022 - The Society of Jesus in the world”]

The initial process of evangelisation among tribals in India was that the Good News got transmitted through relatives who had already received it. In late 19th and early 20th centuries, the Good News of the Ranchi Jesuit mission crossed its territory to Oraon tribals of the kingdom of Jashpur through their relatives. The liberative Good News was so powerful that tribals walked hundreds of miles to receive it. A series of persecutions followed their journeys, but only to strengthen their faith.

In 1905, Jesuits sought permission for promoting their evangelization work from the king of Jashpur. They opened centres in remote villages. These became centres of primary education, health care, and village development. They were the first tribal schools. However, only a few children managed to pursue their high school in Ranchi. The need of a high school was felt. In 1947, Loyola School at Ginabahar (Kunkuri) became the first high school for tribals. It soon became a centre of education, catechism, and vocations. Many students became government officials, catechists, religious, and priests. The clergy of Ambikapur, Jashpur, and Raigarh dioceses in tribal areas came from this school. Moreover, of the present Jesuits of Madhya Pradesh Province, 47% come from this school. It still remains a source of vocations. 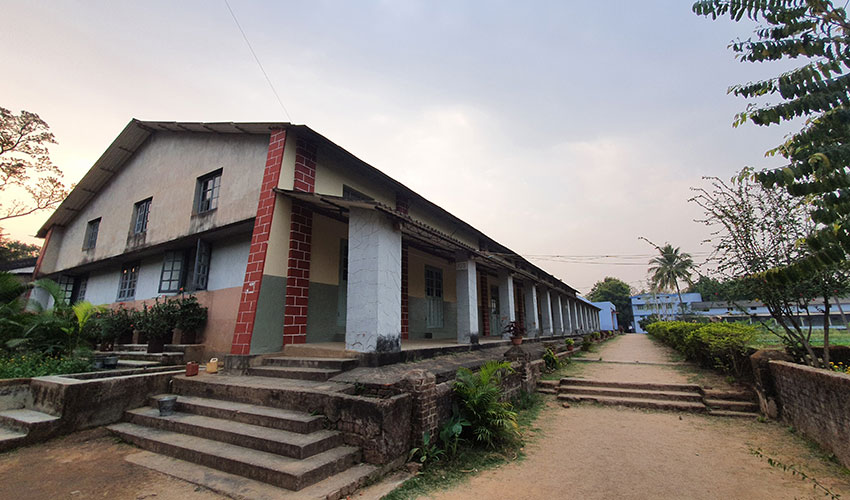 The school has a glorious past. However, the Platinum Jubilee makes the school reflect on how it is relevant today. Is it able to facilitate a process of “seeing everything new in Christ?” Is it able to make the present stakeholders “light,” “salt,” and “leaven” for the society? Jesuits are missioned; hence they have no choice other than to do good. We have received a mandate from Jesus Christ for establishing the Kingdom of God. The education ministry is a means for us to be salt, light, and leaven to reach this end. Our teaching, animation, mentoring, and administration encompass Gospel values leading to seeing everything new in Christ. The salt within us is still salty; light is still burning and leaven still empowering life.

Jesuits here are imbued with Ignatian spirit and tradition for animation and mentoring. They envision a holistic formation of their students. They constantly accompany them in their human, spiritual, emotional, and intellectual formation. They make students recognise in themselves and others the image of God. This recognition of the divine has become a means of fostering social and religious harmony. Jesuits witness that accompanying care transforms the whole perspective towards life. Such care melts estranged relationships and fosters harmony. 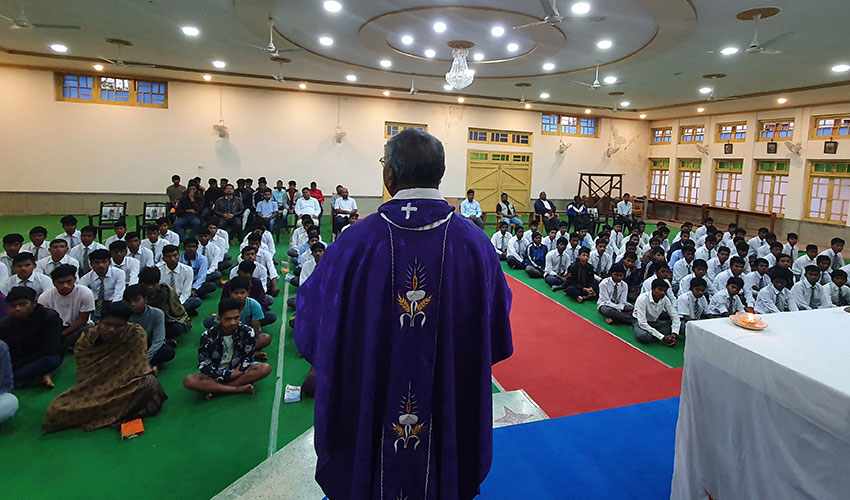 Over 60% of the students are Catholics, and about 70% of them stay in hostels. Daily activities foster a process of spiritual formation. Daily Eucharist, Examen, triduum, recollections, rosary, and other devotions lead them to an experience of God. Regular participation in pious associations like Crusveer and CLC animates them to visualise everything new in Christ. Apart from these, Jesuits’ accompaniment plays a vital role in their formation. A Jesuit confides, “While interacting with students, I affirm in them the presence of the divine. This affirmation helps them to see everything new in Christ.”

Bishop Oscar Sevrin, SJ, the first Bishop of the Raigarh-Ambikapur diocese, gave spiritual and social leadership to tribals, consolidating their faith and education. In his memory, Loyola school has organised the Oscar Sevrin Memorial Hockey Tournament every year since 1978. On average, 60 village teams participate in it. It fosters social harmony among villages; it is a great opportunity for students to experience what this value means for society. It also promotes sporting talents of young people. 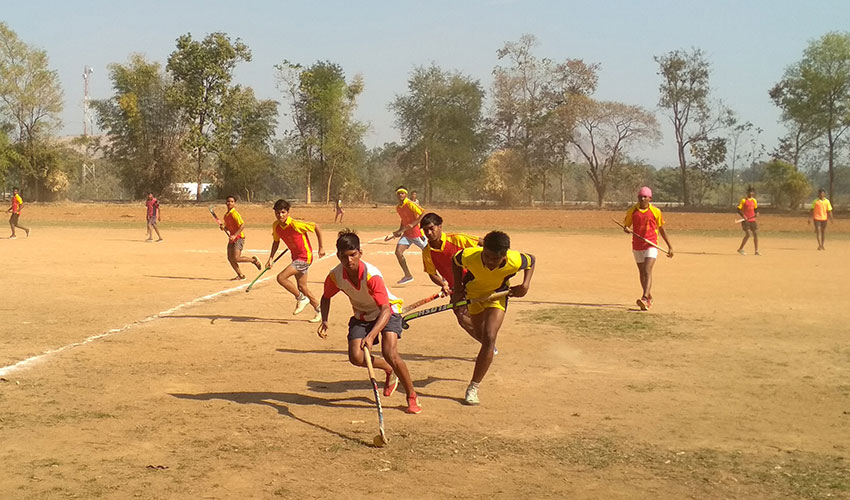 Jesuits of Loyola school, though involved in education, undertake spiritual outreach programmes in nearby villages, parishes, and religious houses. They share God through Eucharist, recollection, retreats, talks, and guiding pious associations. The rector expresses his satisfaction that all Jesuits make themselves available for the programme. It orients communities for mutual sharing of God experiences. Experiences in school are shared with people and vice versa. The principal says that “students and people living nearby are blessed because they interact with many Jesuits. They share and foster life in students and people around.” He continues, “Jesuits do not teach just the assigned subjects, but while teaching their subjects they constantly promote life. They inculcate in their students Gospel values towards creating God’s Kingdom. We try to radiate Christ through our life and work.”

The approach which brought glories in the past still continues with new dimensions. The Jesuit charism has still kept up its saltiness, light, and leaven to empower students and other stakeholders. They, in turn, bring newness in their life, family, and society. School channels God’s graces for personal and societal development. It continues promoting life, faith, and knowledge among people, especially the tribals for “seeing everything new in Christ.”

JCSA Education Missions
Share this Post:
The Society of Jesus has responded to the humanitarian crisis in and around Ukraine from day one
Pope Emeritus Benedict XVI: “Society of Jesus shares the sorrow of the whole Church” says Fr Sosa
Posted by Communications Office - Editor in Curia Generalizia

The gigantic work of the Jesuit Martino Martini (卫匡国)

Have you ever heard of the Jesuit missionary Martino Martini? Although his work on China was one of the most important sources of knowledge about that Oriental country in the 17th century, he is still not well known.