Alfonso Ruiz, SJ - West Africa Province
[From “Jesuits 2022 - The Society of Jesus in the world”]

The Foyer de l’Espérance (Home of Hope) in Yaoundé, Cameroon.

My name is Alfonso Ruiz, and I am a Jesuit priest. In 1968, I was sent to Chad for my regency. For the past 23 years, I have been working with street children and teenagers, initially in Douala and later in Yaoundé.

When I say, “street child,” I mean a child, male or female, who is under 18 years old and who lives, sleeps, works, eats, plays and does everything in the street. All their family ties have broken down to the point where they either cannot or will not return to their relatives. At this stage in their lives, no adult feels any kind of responsibility towards them. These children are not in school but are being educated by the streets, with all the consequences that entails for their developmental equilibrium. There are thousands of these young children and teenagers who are excluded from mainstream society, which ignores, and worse still, rejects them. In poor countries, these children are to be found in every city. 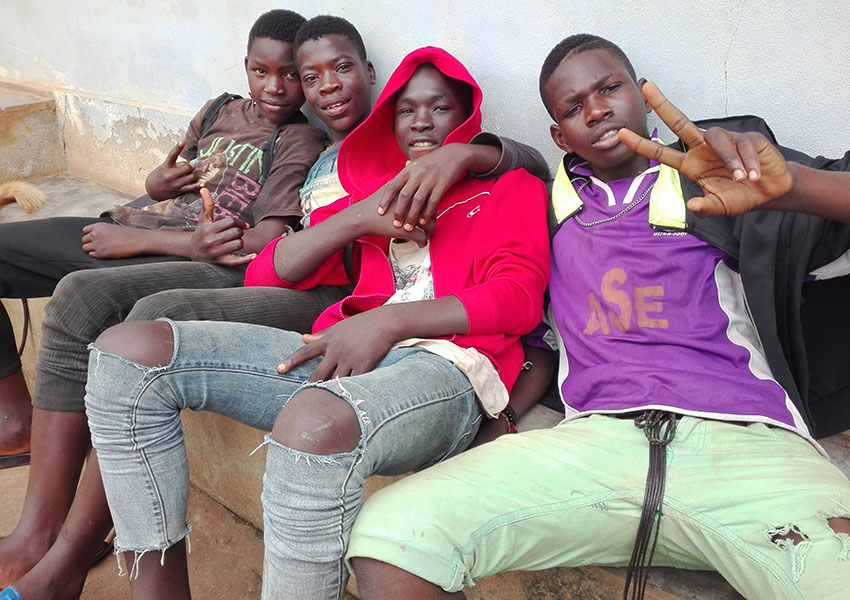 Street life is a parallel society that co-exists alongside what we call normal society. It has its own rules and habits, even its own language. And just as parallel lines never meet, neither do these two worlds. They may exist side by side, but they never actually converge. So, if you want to meet these children, you need to cross the frontier separating these two worlds. Of course, this is a sociological rather than a physical border, but it is real nonetheless. Yet approaching the unknown is always a challenge for anyone settled into the “familiar” comfort zone of their day-to-day existence.

In 1998 after I had been in Chad for nearly 30 years, I was sent to Douala and asked to lead the Jesuit community at Libermann Collège. Almost straightway, I noticed the large number of street children begging near the school. Having a little free time, I decided to approach them.

That is how “operation fade-into-the-background” began. What am I talking about? Well, just as cigarette-sellers, the older street teenagers, security guards, trees, piles of rubbish, prostitutes, small restaurants on the edge of the pavement are all part of the everyday street scene and no one bats an eyelid ... I too wanted to just fade into the streetscape and become a familiar sight, even though I was white and in my fifties. I began to visit the streets regularly to meet the children. It was challenging at the start, but after a few months, once we had begun to get to know each other and build up trust, these meetings became something normal, natural, and even expected. So that was my way of “crossing the frontier.” 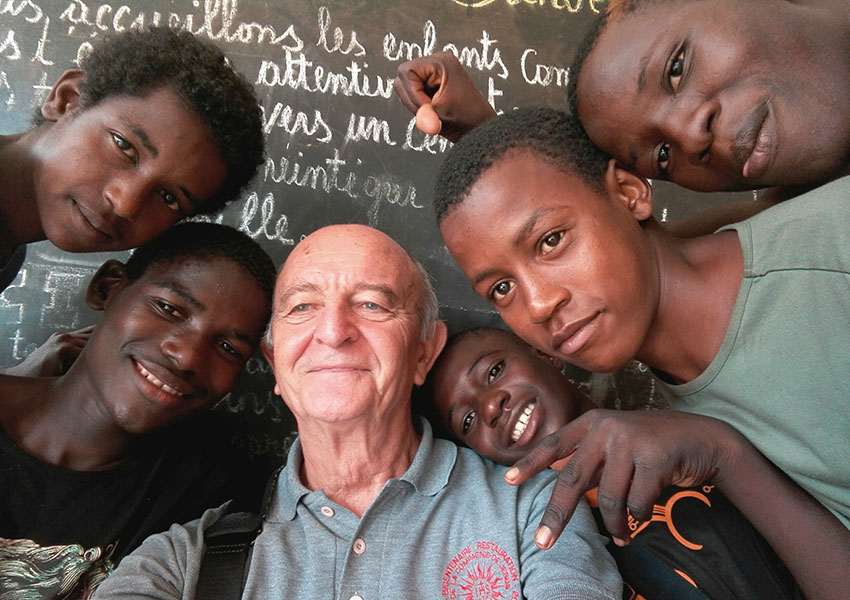 By 2002, my mission to Libermann College had ended. At the request of the Archbishop of Yaoundé, the Provincial sent me there to take charge of the Diocesan charity “Foyer de l’Espérance” (The Home of Hope). I have been its coordinator ever since. For the past 44 years, the stated aim of this charity has been to “re-integrate street children and young people and young offenders from Yaoundé into their families and society.”

As I like to say, this was a job that came to me out of the blue and for which I have had no training, yet it has proven to be a gift from God.

Our work involves trying to support the children for at least part of their journey so that they can re-discover what it is to trust, feel secure and loved. It also means witnessing the huge joy of an illiterate 12 or 13-year old when reading starts to makes sense to them, or watching children trying to juggle and learn other circus skills, and then seeing the happiness on their faces as they put on a show in front of other young people and receive rapturous applause. Another aspect of our work is going to meet the children’s families. 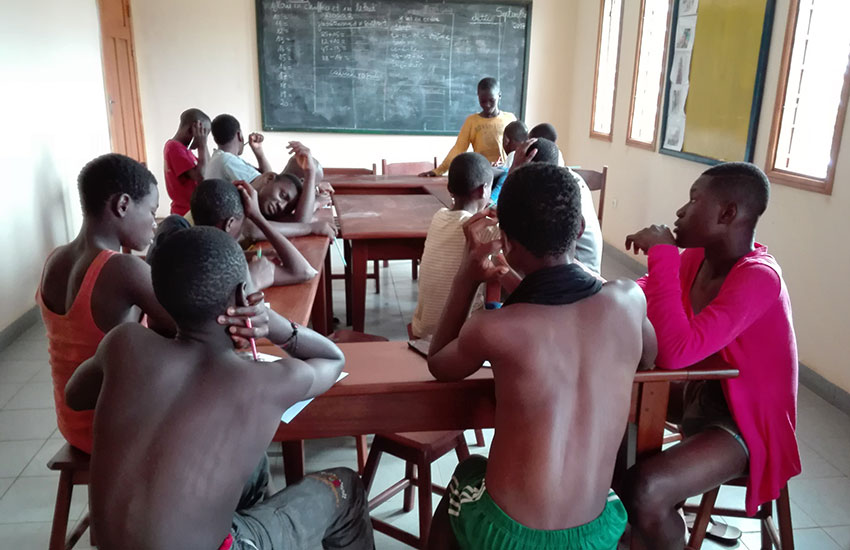 Certainly, there are many success stories, but there are also failures, as happens when young people at key points in their lives make, once again, a bad decision. That is when we ask ourselves where we have gone wrong as educators. At times like these, I’m surprised to find myself praying, “Lord, we don’t know what to do. Please help this boy. He has as much right to a normal life as many others.” Sometimes, receiving only silence in response is hard to take.

As Jesuits we often use the phrase, To love and serve in all things. But sometimes we do not really put this into practice in our lives. Nonetheless, what I can say, hand on heart, is that it would be impossible to keep going for very long at the Foyer de l’Espérance if we failed to really live by those words.

After all these years, my experience has taught me that the number of people who are really willing to cross that frontier and commit long-term to these children and young people are few and far between. I’ve been hoping for years that the Society would commit to taking on the Foyer de l’Espérance. And I’m still waiting. Perhaps the fact our work is so close in nature to the Third Apostolic Preference, “Opening up Horizons of Hope for the Young,” will facilitate this. 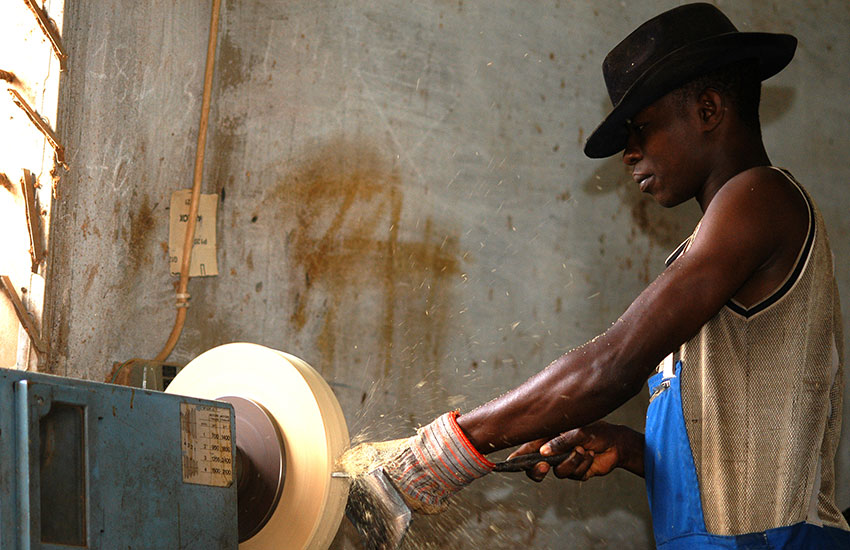 A home (be)coming at Loyola House

Loyola House (LH) of Guelph, Canada, began in 1964 as a weekend retreat center for men. Over the next half century, it would expand its horizons and hospitality to women, makers of the full Spiritual Exercises, trainees in spiritual direction, budding ecologists...

Father General has appointed Fr. Solofonirina Jocelyn Rabeson (53) as the next Provincial of the Province of Madagascar. He entered the Society of Jesus at the Province novitiate in 1987. In 1998, he was ordained a priest in Antananarivo...