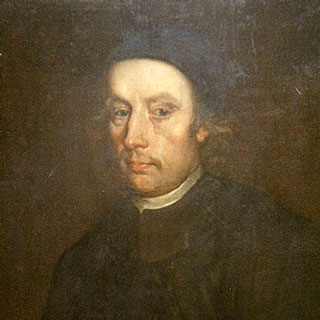 Brian Arrowsmith (1585-1628) was born in Lancashire of Catholic parents who steadfastly refused to attend Protestant services. He left England at age 21 to attend the English College at Douai, Belgium, where he was confirmed, taking the name Edmund, after his father's brother who was a priest. In June 1613 he returned to Lancashire as a priest where he spent 15 years in ministry. He was noted for his sincerity and energy in his priestly work.

He was arrested for the first time about 10 years after his return and imprisoned in Lancaster Castle, but was freed when King James I pardoned all Catholic priests in English prisons. Arrowsmith had thought of becoming a Jesuit ever since making the Spiritual Exercises when he was a student at Douai. Finally in 1623 he joined the Society and continued his pastoral ministry. When a young man betrayed him to the local justice of the police, Arrowsmith attempted to flee, but priest-hunters overtook him on the road. He was convicted of being a priest, a crime of high treason, even though no proof was introduced against him. After only two days imprisoned in a cell so small he could barely sit, he was taken to a place of execution where he was hanged till dead, then disemboweled and quartered.