Francis Xavier: a source of inspiration even today

As one of the first companions and a fellow student of Ignatius of Loyola in Paris, Saint Francis Xavier is a major figure in the history of the Society of Jesus. Soon after the founding of the Society, a providential call sent him to the Far East where his untiring missionary zeal spread to many countries. Landing in India in 1542, Xavier established his first ministry in Goa, then a Portuguese trading post. In doing so, Xavier became the proto-Jesuit-missionary, defining a process that used Jesuit discernment, trial and error, and missionary “best practices”, that would influence Jesuit works forever. So influential was his work that following his death his body was repatriated from the Chinese island of Sangchuang to where his ministry in Asia had started, Goa.

He is venerated in the Basilica of the Bom Jesus (The Good Jesus - or the Child Jesus), an important pilgrimage site in India. Among the pilgrims on February 26 was Fr. Arturo Sosa, Superior General of the Society of Jesus. 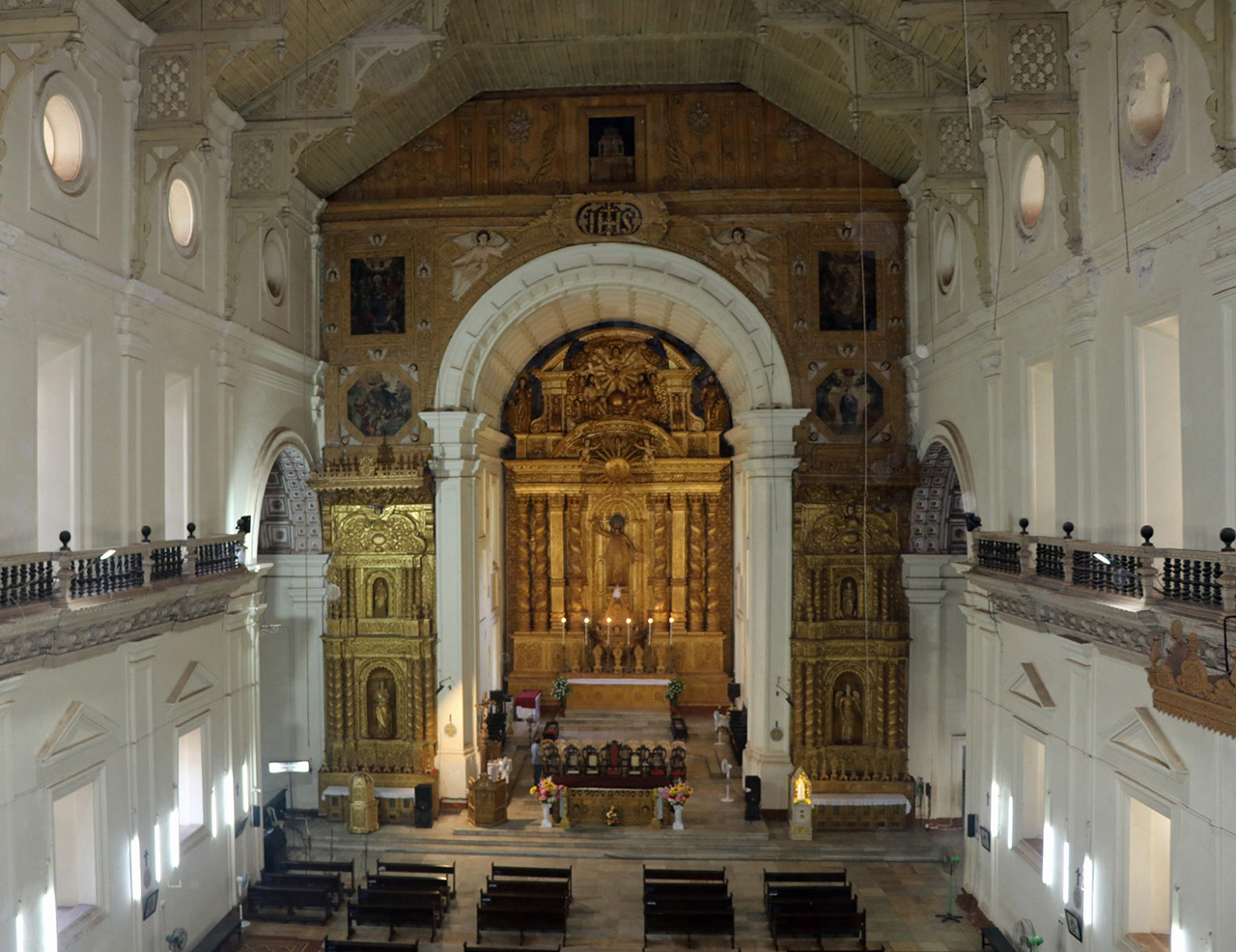 The day was not only an occasion for Father General to celebrate the Eucharist in a Church steeped in Jesuit history, but also for the Society to celebrate the final vows of two Indian Jesuits. Within the celebration of the Eucharist in the Basilica, Fr. General received the final vows Frs. Rinald D’Souza, SJ and Kelwin Monteiro, SJ. During his homily, Fr. Sosa highlighted three features that characterized St. Francis Xavier: his tireless zeal to do good, his great availability - only possible through the exercise of detachment from his own interests and conceptions, and his love for the Society of Jesus despite the distance between him and his companions. Father Sosa invited not only the two Jesuits who pronounced their vows, or even all the Jesuits in the Basilica, but everyone present, lay and religious alike, to live their commitments in the footsteps of the great missionary of Asia. [Click here to read Fr. General's complete homily].

The visit to Goa also allowed Father General to meet the entire Ignatian family of the region. It was an opportunity to thank those who are united with the Society of Jesus as partners in a common mission that should not be seen as a mission of “the Jesuits”, but of God himself. He also stressed the importance of collaboration, an essential element of his vision for the Society of Jesus in the 21st century, made even more important by the release of the Universal Apostolic Preferences of the Society of Jesus: A document released on February 19th that will guide the Society of Jesus for the next decade.

Share this Post:
Mass at the Basilica of Bom Jesus, Old Goa – 26 Feb 2019
“Creating a better humanity and a better tomorrow for all.”
Posted by Communications Office - Editor in Curia Generalizia