A Q&A at the Vilnius Jesuit School

In 1569, Jesuits first arrived in Vilnius, starting a storied history of the Society of Jesus in the region. In celebration of 450 years of the Society in what is now the Province of Lithuania and Latvia, Jesuits and their lay colleagues planned a series of events, including concerts, a theatre festival, an alumni gathering, the 2019 European Magis meeting, an exhibit in the library of Vilnius University… and the visit of Fr. Arturo Sosa, Superior General of the Society of Jesus.

The Vilnius Jesuit School welcomed Father Sosa to its campus with the magnificent songs of the school choir, Krantas. With a flurry of celebrations Fr. General was treated to the sights and sounds of a flourishing ministry, but the most interesting part of the day was the Q&A between Fr. General and the students, with an alumnus providing the translation between Lithuanian and Spanish. 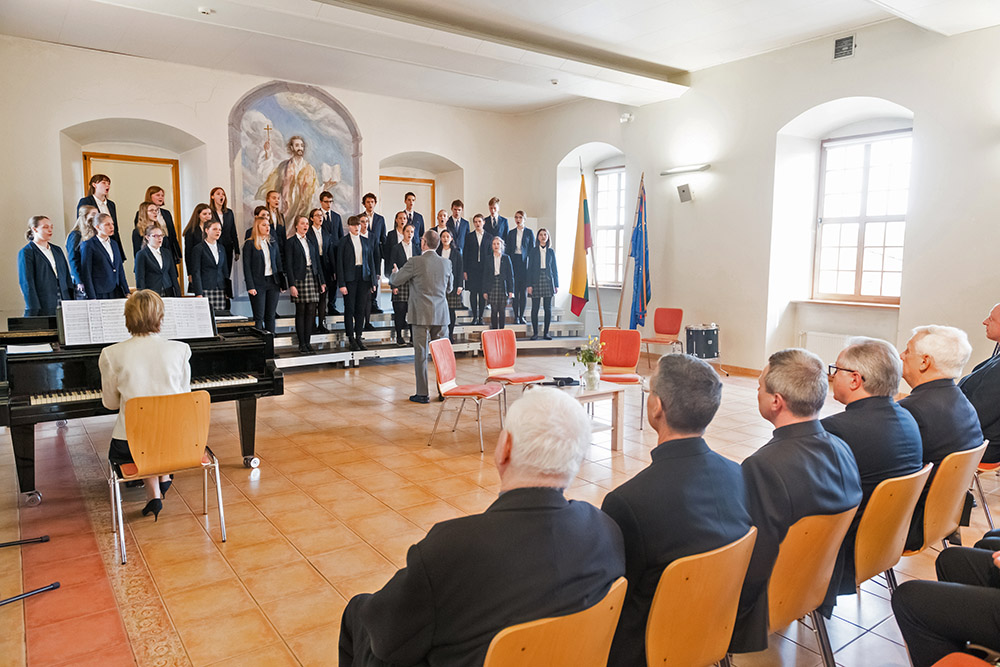 Here are some of the highlights of the conversation:

“What is the influence of Jesuit schools upon their students?”

Fr. General replied that the main influence of a Jesuit school upon its students is to prepare them to live in a world of change. As an example, he noted that while education started as something exclusively for men, today half of the students in the 200-or-so Jesuit universities around the world are women. He stressed that Jesuit education is offered to all, including to young people without financial means, through programs such as Fe y Alegría, with thousands of schools and millions of pupils. In times of rapid change, it is hard to see what the world will be like, but the aim of Jesuit education is always to educate the whole person, to accompany people in a world where the movement of the Spirit is constant.

“What is the meaning of the fourth vow?”

For Jesuits, the fourth vow means an even more radical availability to serve the Church. Fr. General used the example of his predecessor’s experience when the bishop of Ankara, Turkey, was assassinated. Pope Francis called Fr. General and asked for a Jesuit to replace him. In line with the 4th vow, Fr. General made Fr. Paolo Bizzeti, SJ available for mission. Another example is the recently released Universal Preferences of the Society of Jesus: the UAPs were not “released”, but in fact given as a mission from Pope Francis to the Society of Jesus. 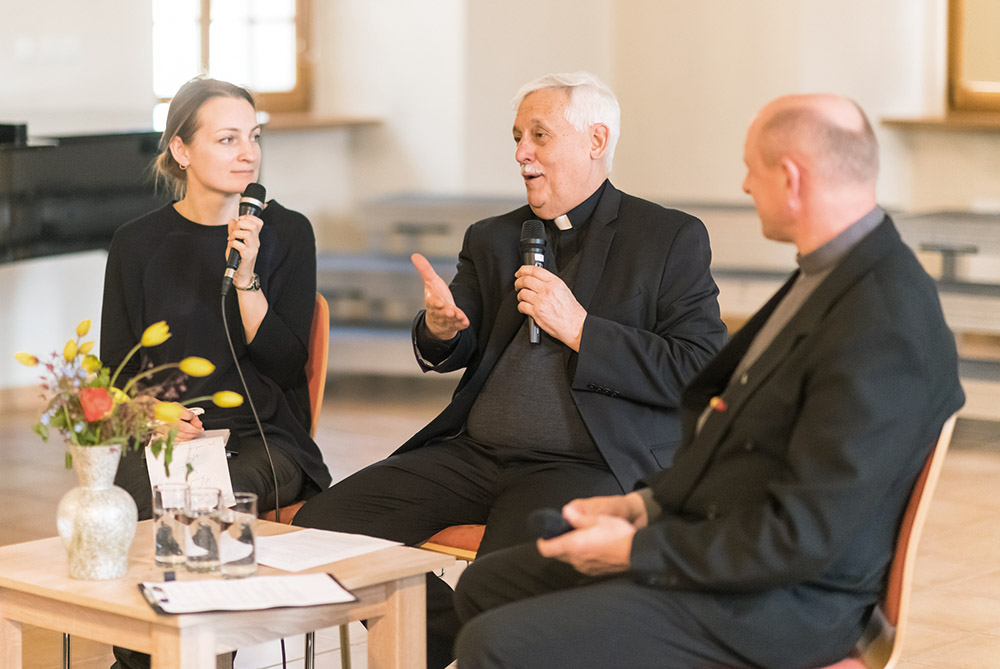 “What is your relationship with the Holy Father?”

Fr. General recognized that both he and the Holy Father are from Latin America and revealed that they had known each other during their theology studies, later working together during the 33rd General Congregation. Fr. General called their relationship “brotherly” and “trusting”, with both of them able to speak openly with one another. Pope Francis knows and respects the Society of Jesus, and as such, he does not interfere with her governance.

“What do you think about secularization in Europe?”

To that question, Fr. General immediately added, “...and in the world?” For him, secularization is a sign of the times. That means we must discern how the Holy Spirit leads the Church and its mission in these times, finding new opportunities for evangelization. We must avoid nostalgia, as though something has been lost, and look with new eyes. The task of the Society of Jesus is to offer its spiritual tradition to accompany and help people to find the way to Jesus. We do this through the Spiritual Exercises and discernment. Most importantly, the quality, not the quantity, of the Christian community is what is most important.

The next stop of Father Sosa’s visit will be in the city of Kaunas, Lithuania‘s second largest city.

Share this Post:
Very different schools, adapted to their environments
Father General in Lithuania: both brief and noteworthy
Posted by Communications Office - Editor in Curia Generalizia