Cardinal Tagle: evangelization through the media 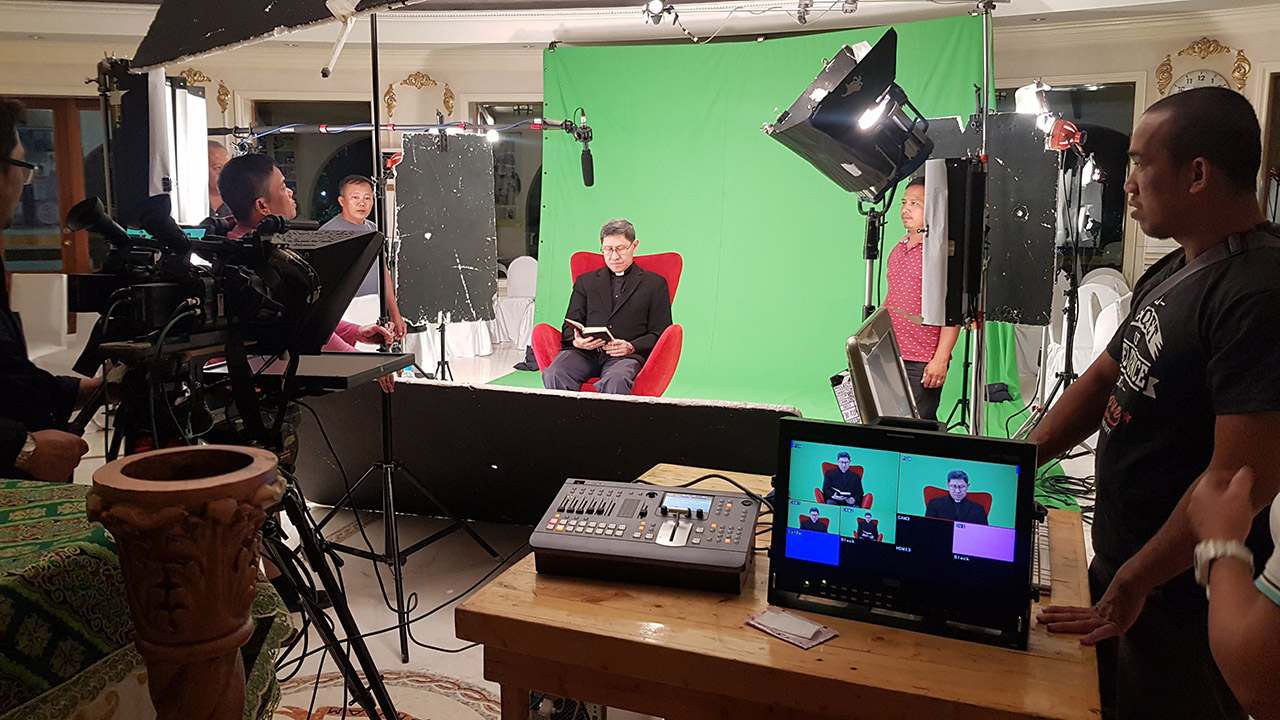 Last December, Pope Francis announced the appointment of Cardinal Luis Antonio Tagle, Archbishop of Manila, to head the Congregation for the Evangelization of Peoples. In the Philippines, he has been collaborating for over 15 years with Jesuit Communications in several series for television and radio. Emmanuel Alfonso SJ shares some thoughts on evangelising through the media.

I have been the director of Jesuit Communications Philippines since 2008. We have TV and radio shows, both in mainstream, secular media, as well as Church media. We are also pioneers in the liturgical music scene with Jesuit priests composing songs that have been sung wherever Filipinos gather all over the world. We also provide training in media education, communications, media ethics, and homiletics. In sum, because of our visible and successful presence in media, JesCom sets the bar for the other Catholic media organizations in the ministry of media evangelization.

We are known through our TV shows in mainstream media. When Pope Francis visited the Philippines in 2015, JesCom was appointed lead coordinator of the media coverage of the Pope’s visit. But we are also known through Cardinal Tagle’s Sunday programme THE WORD EXPOSED, which is shown here and abroad. 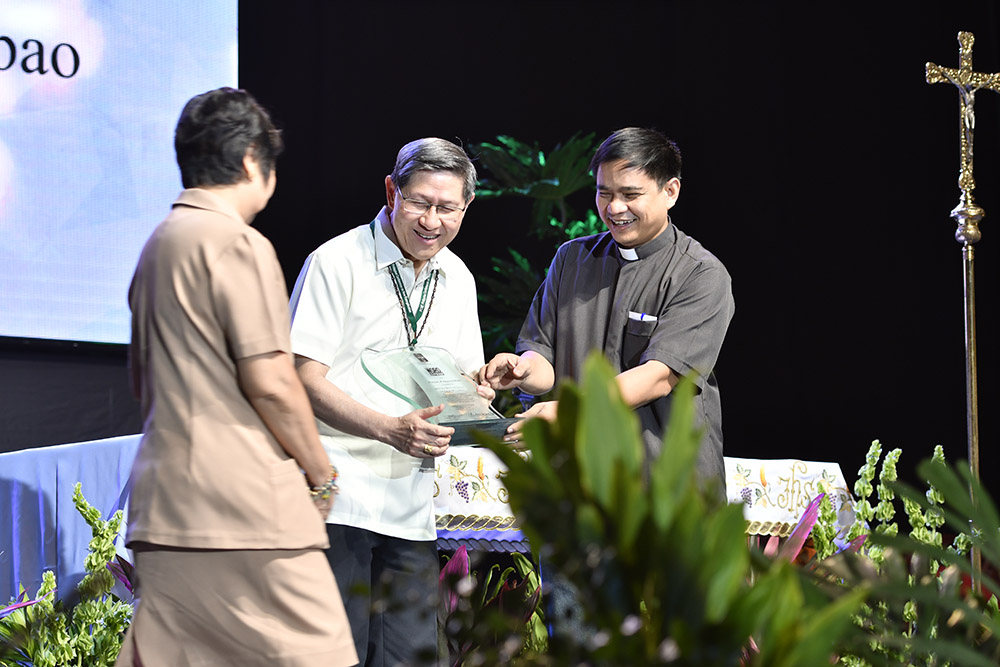 His first television engagement with us was in KAPE’T PANDASAL (“Prayer over Coffee”), a two minute prayer segment aired every morning by the biggest TV network in the Philippines and also abroad. Cardinal Tagle handles the Tuesday slot. People from everywhere like the show and surprise him when they tell him they wake up early to watch his show. The programme is still on after 12 years.

He also hosted a TV magazine talk show, LIGHT TALK where he met with various guests, including politicians, actors, and other prominent people. While he stood out as a conversationalist with his guests, people wanted to hear more of him, more of his own thoughts and reflections. So we gave him THE WORD EXPOSED where he shares his reflections on our Sunday readings. The broadcast has been huge, with a following in the Philippines and abroad. Admittedly, because of this television presence, the Cardinal became a household name. The show would even give birth to regular Advent and Lenten recollections at a big coliseum in Manila. It will also gain for the Cardinal 500,000 friends on Facebook. For Philippine media, THE WORD EXPOSED is quite unique in that its operation is solely financed not by corporate ads but by the donation of its viewers and followers.

With his enduring media ministry, the Cardinal is obviously the right person for his new “job” or responsibility at the Congregation for the Evangelization of Peoples. If the Congregation is about spreading the Word of God in various parts of the world, then media is the way to do it and Cardinal Tagle, with his long experience in media, is the right man to support Pope Francis’ agenda. As the Pope himself has observed several times, nowadays the evangelization work of the Church does not entail the traditional missionary way of traveling to far-flung places. Incredibly, media has transcended boundaries. Cardinal Tagle knows that and has been doing it effectively. And just like the pope, he communicates with humility and sincerity the Mercy and Compassion of God. 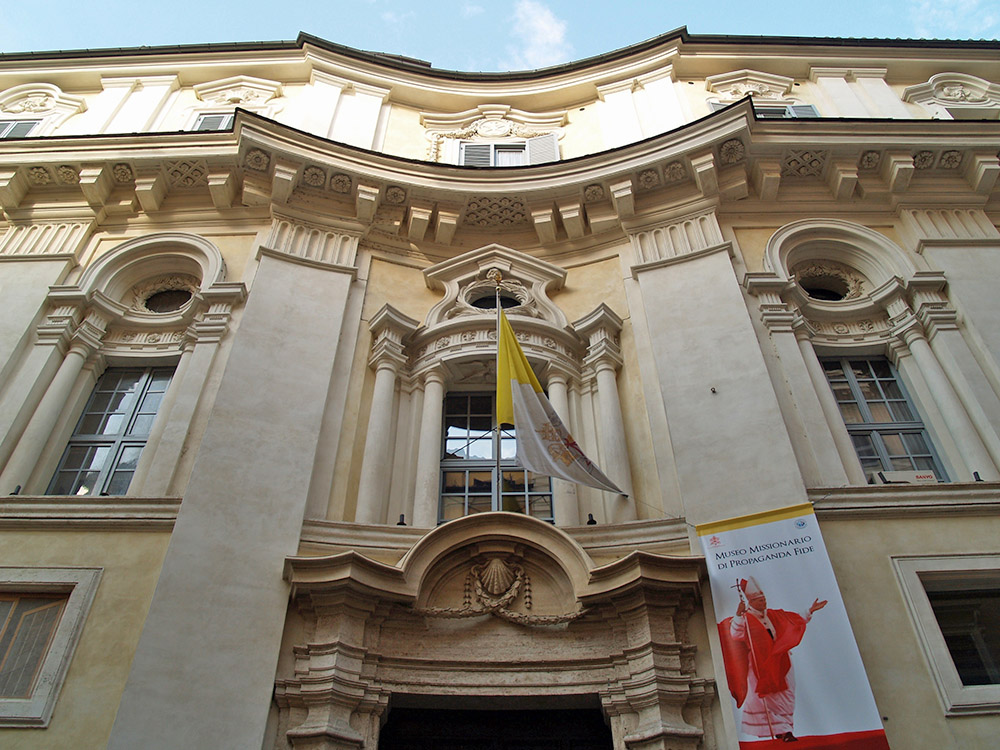