With the Jesuits marking the end of the first year of the 10-year mission that the Holy Father gave to the Society of Jesus through the Universal Apostolic Preferences, Fr. General took the opportunity of his visitation to address the combined communities of the Los Angeles Area of the US West Province. In his presentation, Fr. General once again called for Jesuits to see the UAPs not as a checklist of actions or ministries, but as a “call for conversion” – a way to place ourselves where we are most needed by the Church, and where we are being called by the Holy Spirit.

In a packed conference hall of the Loyola Marymount University library, Fr. Sosa presented his vision for the UAPS to more than 100 Jesuits before taking questions. We asked Fr. Stephen Corder, Director of Novices and Superior of the Jesuit Novitiate of the Three Companions in Culver City, to offer his reflections on the General’s talk and conversation. 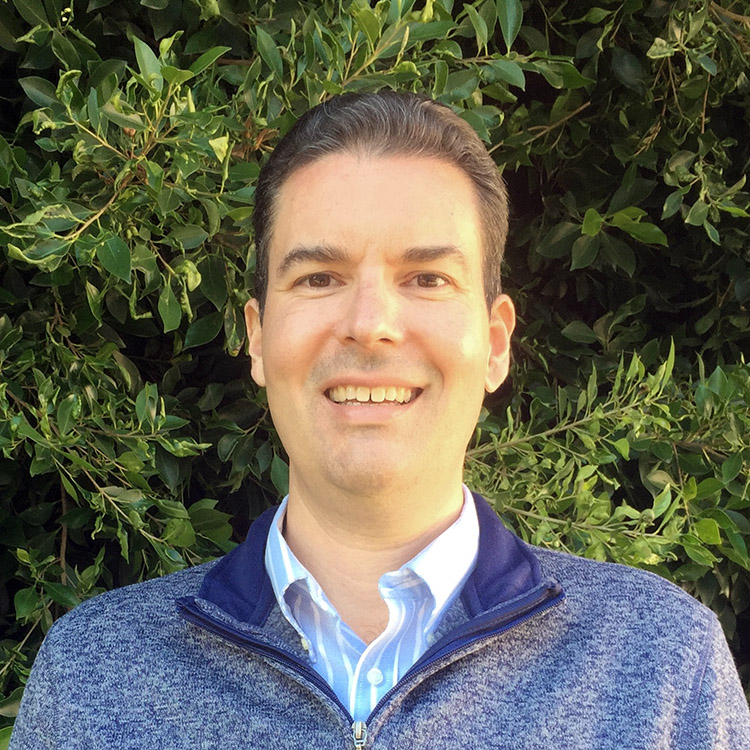 Southern California experienced a graced moment with the visit of Fr. General Arturo Sosa. On Saturday evening, he visited the Jesuit Novitiate of the Three Companions in Culver City, which is part of Los Angeles. The five second-year and three first-year novices were gathered to welcome him at the large oak tree that is next to our Chapel of St. Ignatius. Fr. General asked to meet first with only the novices in order to have a community conversation with them about their experience of joining the Society and of growing in the novitiate. While the rest of us stood outside under the oak tree, we could hear occasional hearty laughter from the recreation room, which seemed like a very good sign. The novices mentioned later that they were moved by Fr. General’s warmth, humility, and sense of fraternity. He encouraged them in their vocations and invited them to listen continually to God’s invitation to this life. At the end of their conversation, the novices presented him with a pair of St. Ignatius socks, which he enjoyed. A new company in the US is making socks with saints as a way of reaching and evangelizing millennials.

On the following evening, a large gathering of regional Jesuits was hosted by the Loyola Marymount University Jesuit Community. There was a sense of excitement and a spirit of brotherhood as we gathered for a large group photo in front of the university library. Fr. General gave a deep and reflective presentation to all gathered, followed by some questions from the community. We then moved to the community for a festive social and dinner where there was a large orange chocolate cake inscribed, “Welcome Fr. General”.

In his presentation to the region, Fr. General highlighted four main aspects: (i) the invitation to trust in the Holy Spirit; (ii) the role and importance of the Universal Apostolic Preferences; (iii) an emphasis on the “mínima compañía colaborativa” (the least Society in collaboration), and (iv) the vow of poverty. He mentioned that he also wanted to discuss vocations and formation, but that time was limited. He did stress the importance of vocations for the future of the Society and its works. He also reminded us that St. Ignatius uses the term “probation” rather than formation in the Constitutions, which relates more to the key role of discernment. The questions for Fr. General covered a wide range of topics. One interesting question related to the intellectual apostolate, in which Fr. General assured those gathered that the UAPs invite us to use all of our intellectual gifts that continue to be constitutive of the Society’s tradition.

For me, one of the most moving moments of Fr. General’s presentation was when he was discussing the Meditation on the Three Kinds of Humility from the Spiritual Exercises. He reminded us of the call in the third kind, which invites us to imitate the poor and humble Jesus. This invitation seemed to run as a thread through his presentation. Someone who is poor and humble like Jesus is open to trusting in the Holy Spirit and to go where he or she is led. A poor and humble person can see the Society as a servant who wants to collaborate with others. The simplicity of poverty, solidarity with the poor, and dependence on God are friends to the person who desires to move into the third kind of humility.

This emphasis on the poor and humble Jesus also resonates throughout the Universal Apostolic Preferences, which Fr. General offered as a contemporary reflection of the Formula of the Institute with the blessing of Pope Francis. I was mindful of a gathering of formatores last autumn where Fr. Mark Ravizza explained the UAPs as a path with three cries. The path we follow is the way of discernment and of the Spiritual Exercises. Simultaneously we listen and respond to three cries: of the poor and marginalized, of youth and young adults, and of the earth (our common home). This is a very moving way to understand our current collective call, one that resonates with the compassionate heart of the poor and humble Jesus whom we follow.