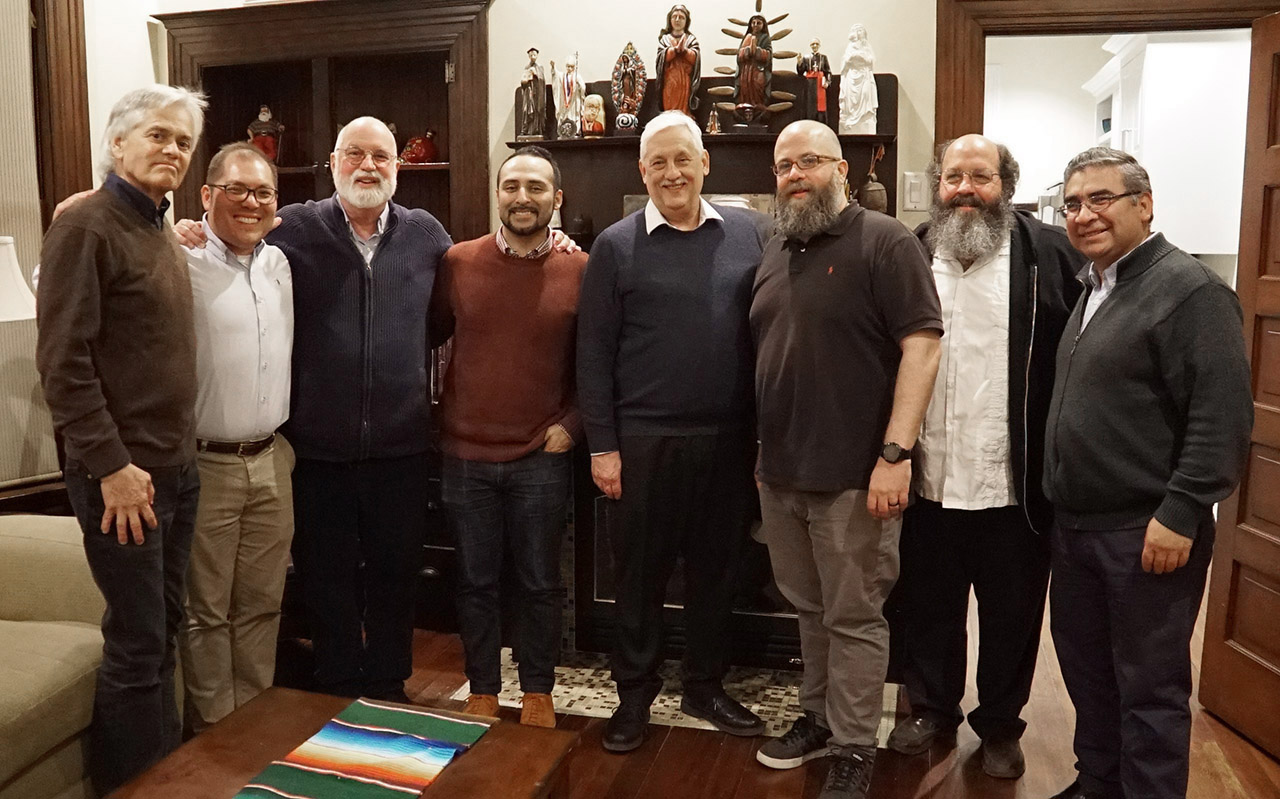 In the middle of East Los Angeles, just above Hollenbeck Park and below Mariachi Plaza, is a small, non-descript home that houses the UWE Jesuits who live and work in East Los Angeles. Named Casa Luis Espinal - after the Jesuit Priest, poet, journalist, filmmaker and activist who was tortured and murdered by a paramilitary death squad in Bolivia. The home is the center of a community of Jesuits that have long served the people of East LA through Jesuit works like Homeboy Industries or Dolores Mission. Known for empowering those discarded by society and tirelessly giving a voice to the underrepresented, Casa Luis Espinal is one of the Province’s best examples of Jesuits who have answered the calls of Pope Francis and Fr. General Arturo Sosa to get the “smell of your sheep”: to live and work WITH the people who are most in need of our ministry.

During his visitation of the US West Province, Fr. General stopped at Casa Luis Espinal to celebrate the Eucharist and break bread with the Jesuits of the community. We asked Fr. Brendan Busse, superior of Casa Luis Espinal and associate pastor at Dolores Mission, to share his reflection of Fr. General’s visit. 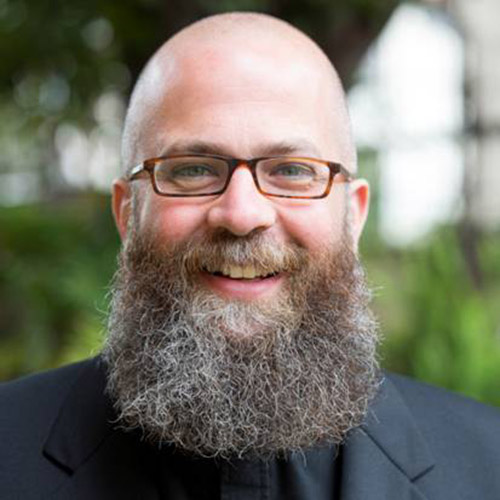 If we ever wonder how bad it can get, how lonely, how divided, how isolated and separated we can become, this passage in Mark’s gospel paints the picture in haunting detail:

The man had been dwelling among the tombs, and no one could restrain him any longer, even with a chain. In fact, he had frequently been bound with shackles and chains, but the chains had been pulled apart by him and the shackles smashed, and no one was strong enough to subdue him. Night and day among the tombs and on the hillsides he was always crying out and bruising himself with stones. (Mk 5, 1-20)

This was the gospel of the day when Fr. General Arturo Sosa came to visit our community. From his previous stop visiting the Archbishop of Los Angeles, Fr. General and his entourage made a short drive through skid row and over the bridge into Boyle Heights in East LA. Along the way, if he looked closely enough, he would’ve seen thousands of such demonized and abandoned people, living on the streets and under the bridges of one of the world’s richest cities.

In English, we use a curious expression to speak of places we’d rather not go, or people we’d rather not see; we call them God-forsaken. The phrase expresses dislike, disgust or discomfort. An urban-dweller invited to visit a rural area, might bemoan the thought of spending time away from the city - center of commerce and culture - and might resist going to such a ‘God-forsaken place’. Like many sayings, the words are often more powerful than we intend. Are these places really forsaken by God? Why place such a judgment upon them?

The poorest places of our world are never so poor as to be truly God-forsaken, but they have certainly been desecrated. The real scourge of poverty is not about being God-forsaken as much as having been desecrated by systems and structures, personal and social sins of violence, exclusion, and exploitation. The sanctity of life is damaged or denied by a lack of compassion and care. What God created in his goodness we have desecrated in callousness and cruelty.

Father Sosa visited our home in East LA, Casa Luis Espinal, where our small community of Jesuits is privileged to serve at Dolores Mission Church, Proyecto Pastoral, and Homeboy Industries. We gathered around our coffee table and celebrated a simple Eucharist, we shared a simple meal (Fr. Sosa complimented ‘los frijoles’), before arranging a simple encounter with some of our most ‘God-forsaken’ residents, the Guadalupanos who sleep in our church every night - migrant men welcomed and returned to themselves.

Here in this ‘God-forsaken place’ we do simple things - as Fr. General reminds us, the simple verbs of the Universal Apostolic Preferences are the heart of the matter: we share, we accompany, we collaborate, we walk. The real encounter, the process of healing always begins with a simple question: What is your name? What is it like to be you? Where are you going and why? We’re not so much saving or changing anyone as we are simply returning people to themselves, returning people to the family, bringing everyone back into right-relationship with one another, back into the kinship God intended.

God-forsaken places don’t exist and God-forsaken people even less so. You only have to visit to know that this is true. Walk into those places and up to those people and simply ask, “What is your name?” And the demonized will be returned to themselves, the human family made a little more like what God intended. The many become one, with not a single person abandoned in self-harm or isolation, not a military legion running itself off of a cliff like a herd of swine, but rather something more like a family reunited, like a lost child returned home.