Myth vs reality – From Alaska to Montana, Arizona to Hawaii

How do you summarize the ministries of a Province that not only spans ten US states from Alaska to Montana, Arizona to Hawaii - but also contains dozens of apostolates and communities that serve multiple - often diametrically opposed - demographic, social, economic and political groups in a population of 71 million people? This is the challenge that was put to the Jesuits of the US West Province when they first started planning the visitation of Fr. General Arturo Sosa, SJ. They knew that Fr. General wanted a balanced snapshot of the state of the Province, but with such a diverse list of ministries, cultures and subcultures in the region, it would be impossible for Fr. General to get that balanced view by visiting just a few works and communities.

Knowing this, the leadership of US West formed a committee of Jesuits and lay partners who could start Fr. General’s visitation with a briefing on the social and ecclesial context of the Province. Led by Fr. Matt Carnes, SJ - Director of the Center for Latin American Studies at Georgetown University - experts in economics, sociology, theology and political science set out to give Fr. Sosa and his team a summary of the state of the Province, her ministries, and the most pressing issues for the people served by the US West Province.

As it turns out, the best way to understand the US West Province is to examine popular myths and realities. The first of such myths is that the western United States is a place of extreme cultural diversity. The panel showed Fr. General that this diversity is uneven across the region. While three states (Hawaii, California and Nevada) are “majority minority” with foreign-born populations above the national average, the other seven states (Alaska, Washington, Idaho, Montana, Oregon, Utah y Arizona) are 60% Anglo, with two of those states reaching above 80%. More importantly, though the region is diverse as a whole, that diversity is extremely localized around major cities.

Another myth is that the Western US is flush with wealth. Though 23 of the largest 100 companies in the world are headquartered in the Province, those companies - and therefore the wealth that they generate - is concentrated in the coastal cities of Los Angeles, San Francisco, Portland and Seattle. Even within those cities experiencing robust economic growth, as the pace of wealth creation increases, so does the income inequality between the richest and the poorest. This divide is most clearly seen in the slow-motion disaster that is housing affordability and the cost-of-living in those coastal cities, with native-born residents often being forced to leave their places of birth by rising costs. 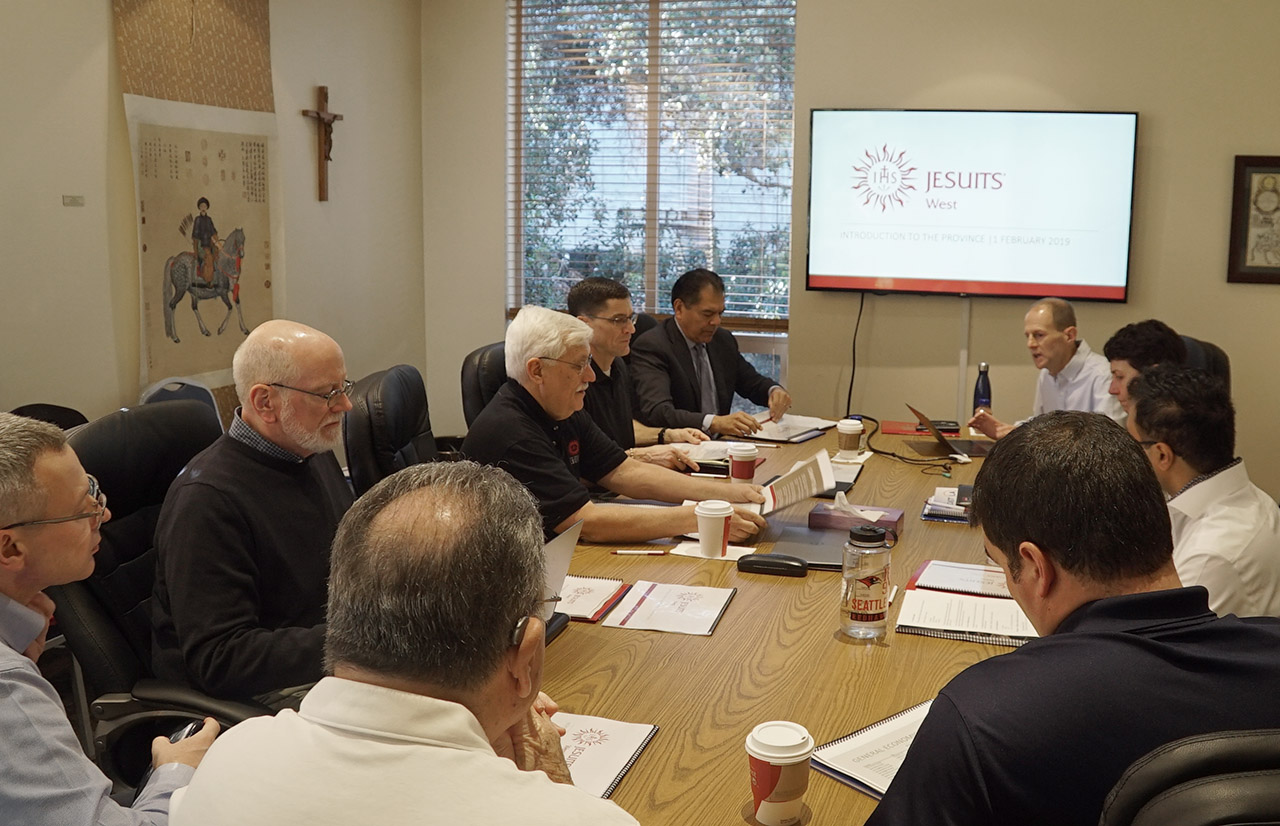 With those two myths exposed, the panel moved on to the impact of those diversity and economic myths. Namely, that the displaced populations often move to rural areas with people who share their political and socio-economic leanings. In other words, as the economy grows, so too does the polarization of the communities in the region. Alongside that polarization has come the rise of “nones”: the religiously unaffiliated who are either uninterested in religion or who have become distrustful of major institutions, especially the Catholic Church.

As economic stratification creates communities that are not only uninterested in religion, but sometimes actively hostile to the Church, the Society of Jesus in the US West Province has also had to face a decline in numbers. In 2008 there were more than 600 Jesuits in the region. Ten years later, there are fewer than 500. Not only has this affected the number of Jesuits available for mission, but also the number of communities that the Society can place in areas most in need of our ministries.

Reaching the end of briefing, it would have been easy to be discouraged. After all, the panel presented a picture of a fractured Province with ever-expanding political, philosophical and economic divides, filled with a growing number of people who either don’t trust the Church or are uninterested in what the Church stands for, all while we deal with the diminishment of our number. – However, that’s not where the discussion ended. Instead, the panelists challenged the General, and the General challenged the panelists to see this as a series of opportunities.

There is an opportunity to look at where the Catholic population is growing and to match it with Jesuit communities and apostolates.

There is an opportunity to challenge both economic and environmental justice in the cities in which we inhabit and have influence.

There is an opportunity to reach out to the “nones” who distrust the Church, and yet have a connection to the Society of Jesus and her ministries.

There is an opportunity to rekindle our religious identity and commitment to diversity in our institutions, as we confront the fragmentation of communities across their political, economic and philosophical differences by offering opportunities of dialogue.

There is an opportunity to examine the way we live and work, and welcome a conversion into the Society of Jesus needed by a Church living in this new reality.

Fr. Sosa, joined by the panelists, started the visitation of US West fully aware of the challenges faced by the Province, and yet encouraged by the willingness to address those challenges head-on.