As Fr. General Arturo Sosa continues his visitation of the US West Province, one of the recurring themes has been the challenge of “ministering to a fractured society in need of reconciliation.” The divisions of communities served in the region, one of the main points brought up in Father General’s briefing at the start of the trip, is a problem that continues to grow as communities are pushed further apart economically, politically and philosophically. Fr. Sosa has called for collaboration between Jesuit works and for a stronger push for reconciliation, asking Jesuits and Jesuit partners to be creative in making their ministries available to all... but what would such a collaboration look like?

Verbum Dei is a 58-year old high school in South Central Los Angeles with just over 300 students from the Watts neighborhood. 20 years ago the Diocese of Los Angeles invited the Province to take over the administration of the troubled school, which serves an area of the city that is economically-depressed and violence prone. Using the “Corporate Work Study” model, the Society of Jesus transformed Verbum Dei into a community-focused institution with a 100% college acceptance rate that draws students from a community that has been historically under-served and under-represented. 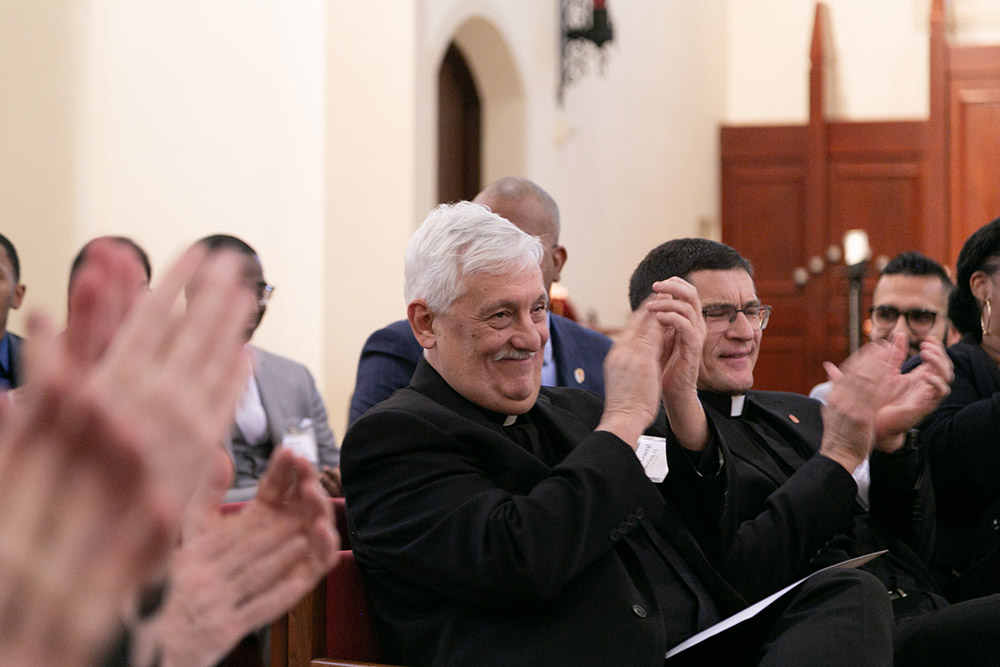 Loyola High School is a 165-year old institution with 1,200 students. Located in Harvard Heights, Loyola High is the oldest continuously-running educational institution in Southern California. Known for producing business leaders, politicians, actors and athletes, Loyola High draws students from more than 215 zip codes throughout Southern California. Though some of its families come from the same neighborhoods as Verbum Dei, the 11.6 miles separating it from Watts are a cultural chasm, a metaphorical border between the haves and the have-nots.

It’s tempting to think of these two schools, both apostolates of the US West Province, as completely different entities. They have dissimilar histories. They serve very different populations. Each has a culture that would be at least partially alien on the campus of the other. Yet, inspired by Fr. General’s call to collaboration and reconciliation, Loyola High School and Verbum Dei have become, in the words of their respective presidents, “one institution, two locations.” 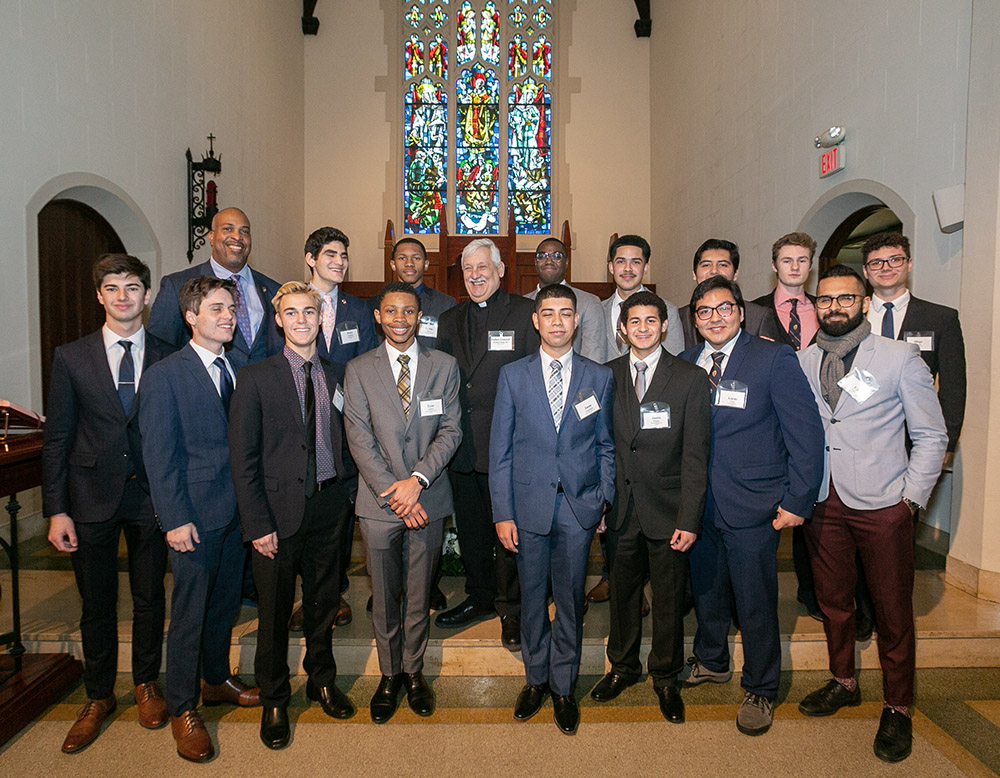 Fr. General learned about the collaborative initiative when he visited the campus of Loyola High School for an event titled “A Conversation with Father General Arturo Sosa, SJ.” Gathered for the event was a group of 15 seniors, 9 from Loyola High School and 6 from Verbum Dei, along with faculty and administrative staff from both schools. The students took turns presenting different aspects of the educational opportunities present in their respective schools. As each student spoke of the academic, religious, athletic and extracurricular lives of their schools, they also shared the personal experience they had working alongside colleagues from the other campus for the duration of the project. In the words of Ty’Jon James from Verbum Dei, “We first came together to work on a project with strangers. We come together today as brothers.”

Over the coming years, Loyola High School and Verbum Dei will see more and more collaboration between them. The Jesuits from both schools already live in the same community. More and more academic and extracurricular activities will be shared between the schools. The Province is supporting an initiative to bring together not just the students of Loyola and Verbum Dei, but their families as well. In other words, “one institution, two locations” will not be just a slogan, but a mantra for a new era of collaboration and reconciliation.

Father General JCCU
Share this Post:
My time with Fr. General (A Novice Reflects)
“To see all things new in Christ”
Posted by Communications Office - Editor in Curia Generalizia