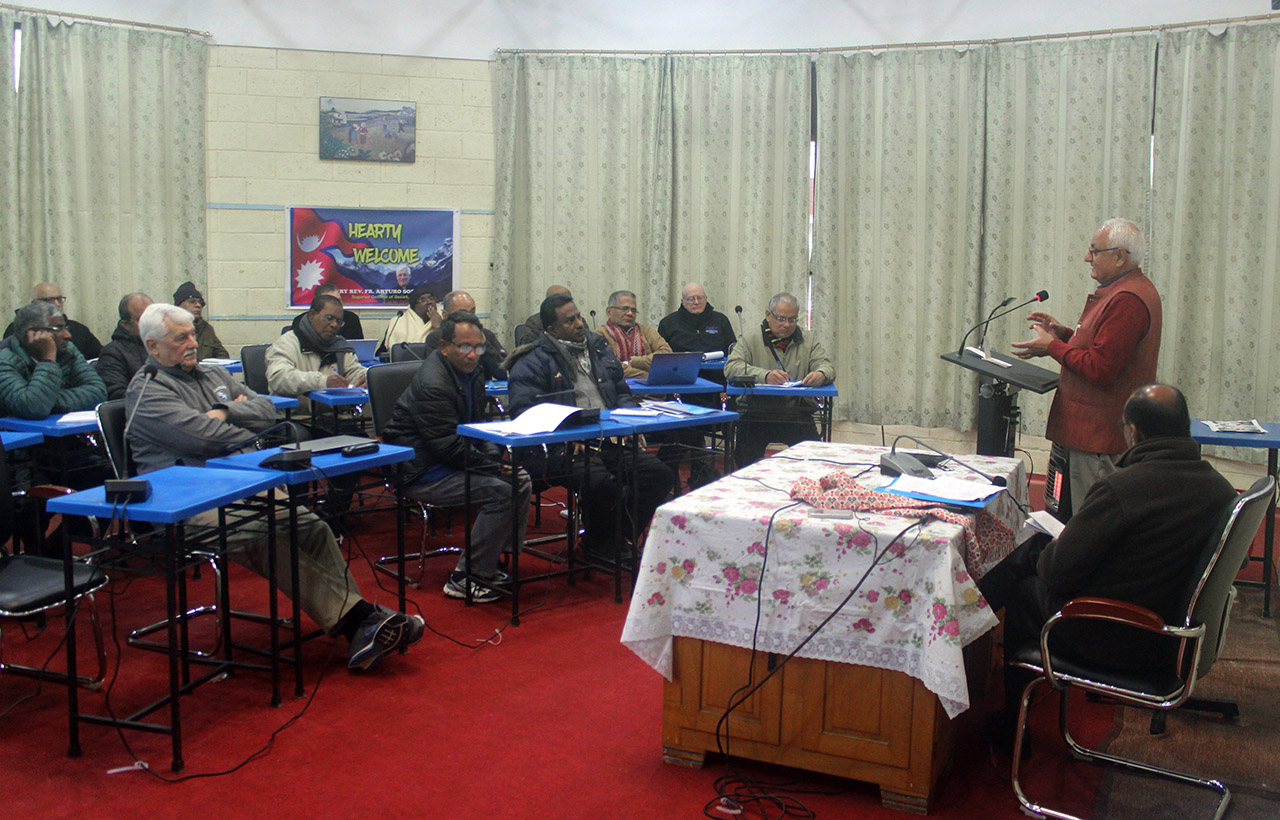 With hundreds of apostolates around the globe, governance of the worldwide Society of Jesus requires a concerted effort to keep the mission moving in harmony. Part of that effort is an occasional meeting of the “Major Superiors” of each of the six Conferences of the Society.

These meetings are a chance for superiors to share hopes, dreams, strategies, and opportunities for collaboration with their brother Jesuits. During Fr. General’s visitation of India in late February, the Major Superiors of the Jesuit Conference of South Asia (JCSA) gathered to include Fr. General in their deliberations. We asked the Provincial of Bombay, Fr. Arun de Souza, to give us a behind-the-scenes look of what happens at these gatherings.

Flying out of India into Kathmandu is a beautiful experience. Just before reaching Kathmandu, one notices the snowcapped peaks of the Himalayas in a sea of blue sky and then, suddenly, from over the clouds, you are descending into an emerald green valley: Kathmandu. This is a picturesque way of looking at this year’s Jesuit Conference of South Asia (JCSA) meeting. Going for the JCSA meeting to Kathmandu was a call to rise above one’s narrow provincialism to enter the green fertile zones of the service of the Universal Church.

Our first session with Mr. Kanak Mani Dixit, the founder editor of Himal, a Nepali magazine devoted to Himalayan politics and culture, challenged us to go beyond the idea of the nation state. As a via media, he proposed that we look at ourselves first as South Asians rather than through the tags of Nepali, Indian, Sri Lankan, Pakistani or Bangladeshi. Wars, inequality, and exclusion were built on the idea of the “nation”. His words were horrifically true: One must remember that on that day (24 February) there were ongoing riots in Delhi engineered precisely through these exclusionary processes. Mindful of this sad state of affairs, the JCSA issued a statement denouncing the ongoing attempt to divide India along religious lines through the Citizenship Amendment Act and the Delhi riots. 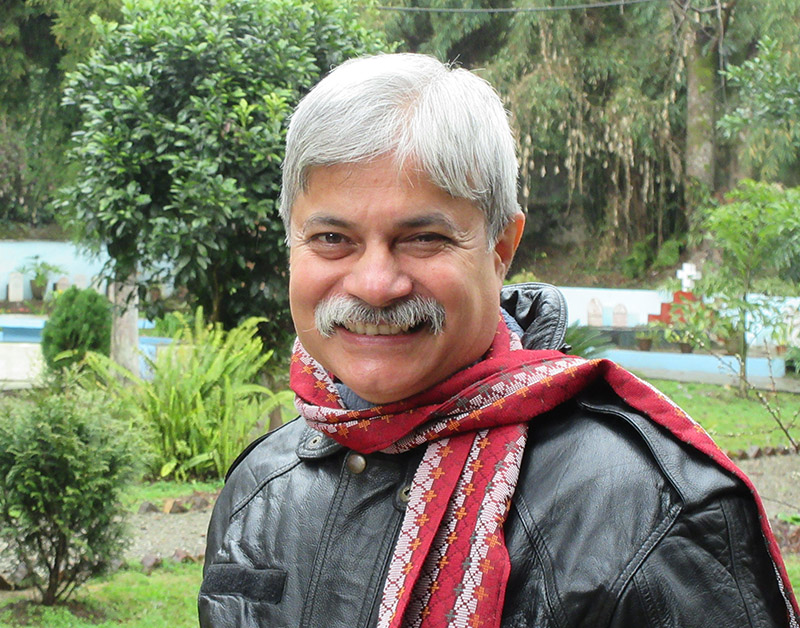 Father General’s talk to us hammered home the need for conversion in order to make the Universal Apostolic Preferences (UAPs) truly a mission. He warned us of the easy option of ticking off mental boxes to fool ourselves into thinking that we had already been working at the UAPs. Rather, the UAPs must be seen as four essential facets of all that we do, something that challenges us to revise our identities and mission rather than engaging in more of the same. With this call to conversion echoing in our minds and hearts, we began, along with the Secretaries of our varied commissions, the process of discerning who could be the next President of our Conference. Setting aside exclusionary ethnic, regional and caste distinctions we sought to find God’s will, to discern what kind of leader we would require for the coming years in South Asia.

In the concluding session, we were again challenged by this call to conversion, to universality, when we realize that we could not find or “share” Jesuits who could fill certain crucial Assistancy level positions. Struck by this apparent “lack of generosity” or realizing that there might be flaws in our training, we decided to commit ourselves to live a shared retreat at our next JCSA meeting in Madurai under the guidance of Fr. John Dardis. We ask for your prayers as we prepare for this retreat so that we, leaders in JCSA, may allow ourselves to be touched by the Spirit, to be converted, to hear the clarion call of the Universal Apostolic Preferences. While the world around us is being torn apart by right wing exclusionary nationalism, can we, Jesuits and all persons of good will, work towards a cosmic order of justice, inclusion and pluralism where all being may flourish? This is the challenge the JCSA is facing.