COVID-19 – Bringing Jesuits together, from the younger to the older ones

COVID-19 has made its way to every corner of the world. And, as we know, it has shut down economies, created “physical distancing”, and even altered our religious practices. Throughout the growing pandemic in Canada, many of us felt untouched by this virus until we received word that our most vulnerable brothers had contracted the disease. On Wednesday, 22 April 2020, Erik Oland, Provincial of the Canadian Province, received notice that an outbreak of COVID-19 had been declared at our infirmary in Pickering, Ontario. Even before a request could go out to the Province, two scholastics, then a third and a fourth, had already volunteered to go. By Monday, 27 April, five Jesuits had arrived to provide personal care and custodial support – a much welcomed addition to a dwindling staff.

During the first week, five Jesuits died, two of which died in hospital. The remaining three were accompanied by the Jesuit volunteers, so that not one of them died alone. As staffing continued to be a concern, three more Jesuits arrived to help, as well as the sister of one of the scholastics, who is a nurse. But despite our best efforts, we were losing the battle against the virus, and a sixth Jesuit died accompanied by his younger companions.

As of this writing, there has been a seventh death, but the remaining Jesuits are returning to health. It is true that being present to our dying companions brings much sadness. There has been abundant consolation as well. Because of geographic distance, few of the scholastics had met the Jesuits of the infirmary before coming to help. But in these past weeks, graces of genuine friendship in the Lord have been given, as the young men sat with their older companions. As one scholastic said to his dying Jesuit brother: “We have become good friends, and I am grateful to have known you. I love you.” Most of us had similar experiences of deep fraternal love. One of the infected Jesuits, now recovered, gave us at the height of his struggles the only thing he could: his blessing. 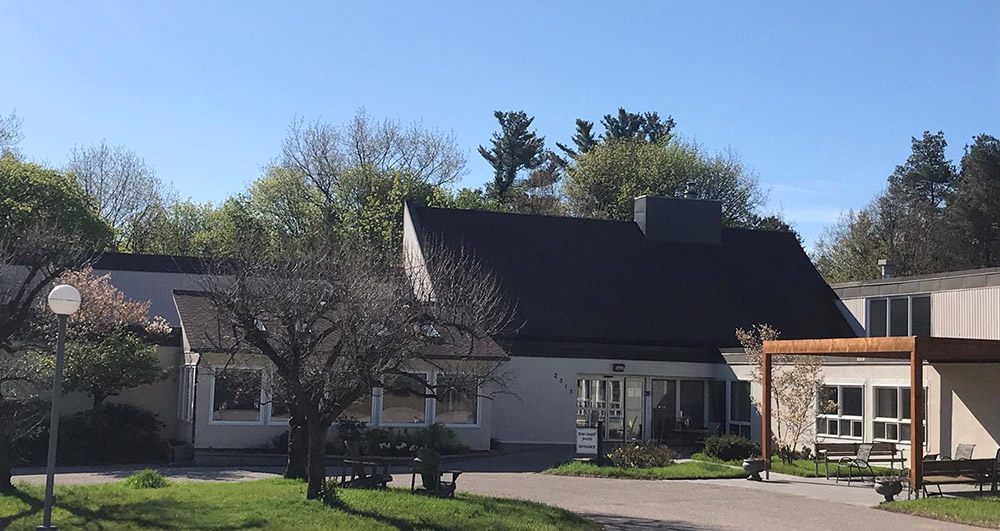 There were moments of real powerlessness: sitting at the bedside of a Jesuit struggling for breath, losing the fight against infection. But these moments opened onto a deep freedom and humility, in our suffering companions and in ourselves, to receive the help being offered by others. All of us were deeply attentive of the movements of the Spirit in our hearts, among us as we shared in spiritual conversation, and around us in the generosity of so many.

We have also become conscious of ourselves as an apostolic body sent by the Lord. More than one of us has been aware that this time together has been our “Venice experience.” The fraternal love we have known with our older companions and among us is a call to keep loving. Yes, seven of our brothers were taken home to the Lord, but we don’t leave this place in sorrow. The charism of “friendship in the Lord” first experienced by Ignatius and his first companions and lived out in community - regardless of age, stage in formation, or grade - has borne fruit to be shared with the Canadian Province and our partners in mission.

JCCU COVID-19 Formation
Share this Post:
In Tokyo and in Rome, a final adieu to Fr. Adolfo Nicolás
An Ignatian Pentecost – #TogetherAMDG
Posted by Communications Office - Editor in Curia Generalizia