In Tokyo and in Rome, a final adieu to Fr. Adolfo Nicolás

On Saturday 23 May, three days after his death, Jesuits from all over the world and many of their friends - thanks to technological means - paid a last liturgical homage to their former Superior General, Fr. Adolfo Nicolás.

The celebrations took place almost simultaneously. The funeral of Fr. Nicolás was presided in Tokyo by the Provincial of Japan, Fr. Renzo De Luca, at 5 p.m. local time. Half an hour later, the present Superior General, Fr. Arturo Sosa, presided at a memorial Mass at the church of the Gesù at 10.30 a.m. in Rome. The same homily by Fr. Sosa was delivered in both cases: it had been recorded in English to be shown in Tokyo. The General delivered it in Italian to the assembly in Rome. The text of the homily was published on the website the same day (click here to read it).

The limitations imposed by the COVID-19 pandemic greatly reduced the number of people who could be in attendance but we propose that you allow yourselves be moved by the photos of these two celebrations: one of the Tokyo funeral Mass (click here), and the other of the Rome celebration (click here).

Take the opportunity to spend a few more moments in prayer with Fr. Adolfo Nicolás by visiting the special website about him. 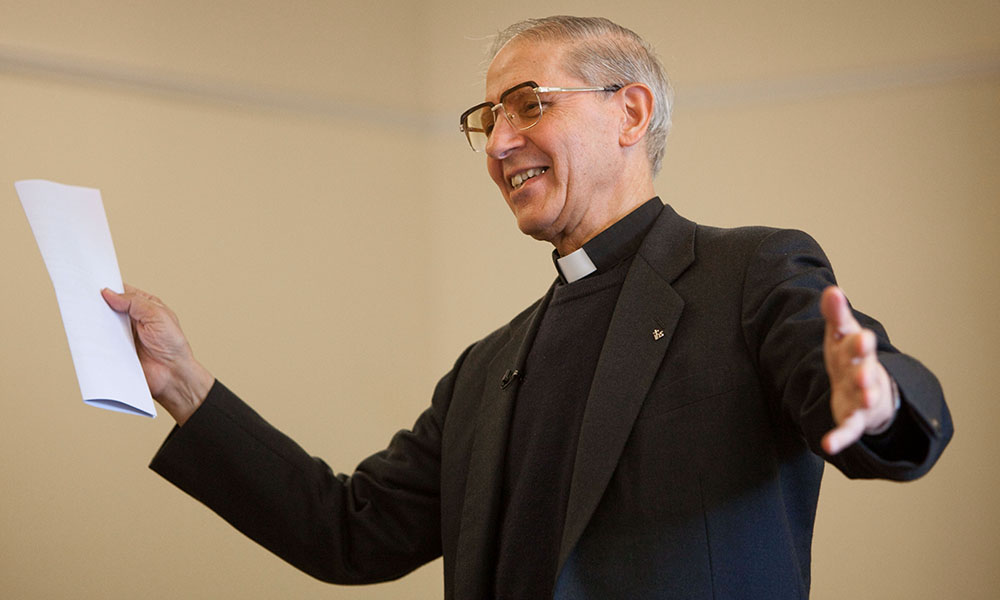 Adolfo Nicolás
Share this Post:
A video series: Communications in a time of COVID
COVID-19 – Bringing Jesuits together, from the younger to the older ones
Posted by Communications Office - Editor in Curia Generalizia

The influence of Fr. Adolfo Nicolás