Rigobert Kyungu Musenge SJ recently defended his doctoral thesis at the Institute of Spirituality of the Gregorian University. His subject was Msgr. Christophe Munzihirwa, Jesuit Bishop of Bukavu, assassinated on 29 October 1996. More precisely, the aim was to demonstrate the testimony of inner freedom that this Jesuit offered in his commitment to peace and to the defence of refugees in the east of the Democratic Republic of Congo, then Zaire. Rigobert is a well-known figure at the General Curia as he was, until 2018, Secretary for the Assistancy of Africa and Madagascar. He was also a member of the 36th General Congregation. He has been appointed by Father General as the next Provincial of Central Africa and will take office on 31 July.

This is indeed a thesis in spirituality - not, as the author points out - in criminology. Its objectives were clear and focused on how Bishop Munzihirwa lived Ignatian spirituality by seeking God’s will through spiritual discernment. The author sought to propose the former bishop of Bukavu as “a model of fidelity, firmness, interior freedom and prophetic daring in a world that is plagued by anti-values,” Discernment, according to Rigobert Kyungu, is an essential instrument for discerning the true prophets from the false ones and for making responsible choices in the practice of faith. It is a particularly useful instrument for the Congolese and other African peoples seeking pathways to peace. Moreover, the discernment lived by Bishop Munzihirwa is an example of inculturation, because it is based on the need to listen, acquired within his African culture. This bishop knew how to be fully African, Christian, and Jesuit. 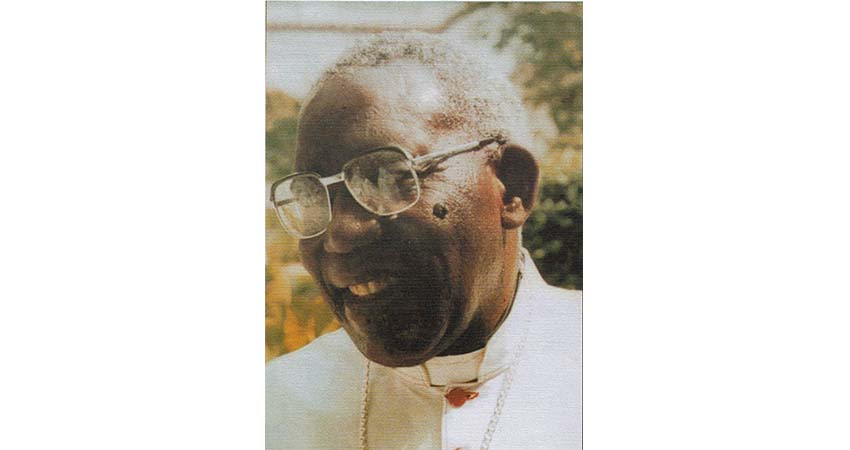 Speaking of the spirituality that shaped the life and commitment of the Archbishop of Bukavu, Rigobert Kyungu said he wanted to “highlight the marriage between Ignatian spirituality of (Western) European origin and African culture.” On the basis of the African values to which he was attached, the Jesuit bishop knew how to integrate and interiorize the central themes of Ignatian spirituality. This testimony that the thesis highlights could be an encouragement to Africans to feel comfortable entering into the perspective of the spirituality developed by Ignatius of Loyola without feeling a cultural alienation.

The chapter of the thesis that deals with the episcopal ministry of Bishop Munzihirwa in Bukavu and his martyrdom is undoubtedly the strongest chapter of the thesis. Christophe Munzihirwa was not without faults and the thesis acknowledges this. But his commitment as a pastor and the giving of his life outweighed the rest. As soon as he arrived in Bukavu, the new archbishop presented himself as the city’s sentinel. He sought to live with his own people, close to his sheep. He dressed like the simple people and chose to stay with them in the midst of the storm of violence that was sweeping through the city. Others, many others, had fled. It was in complete awareness and following a discernment rooted in prayer that he accepted to live the danger that his fellow citizens were facing. He was a martyr because of his fidelity to his people while at the same time witnessing to the Gospel. 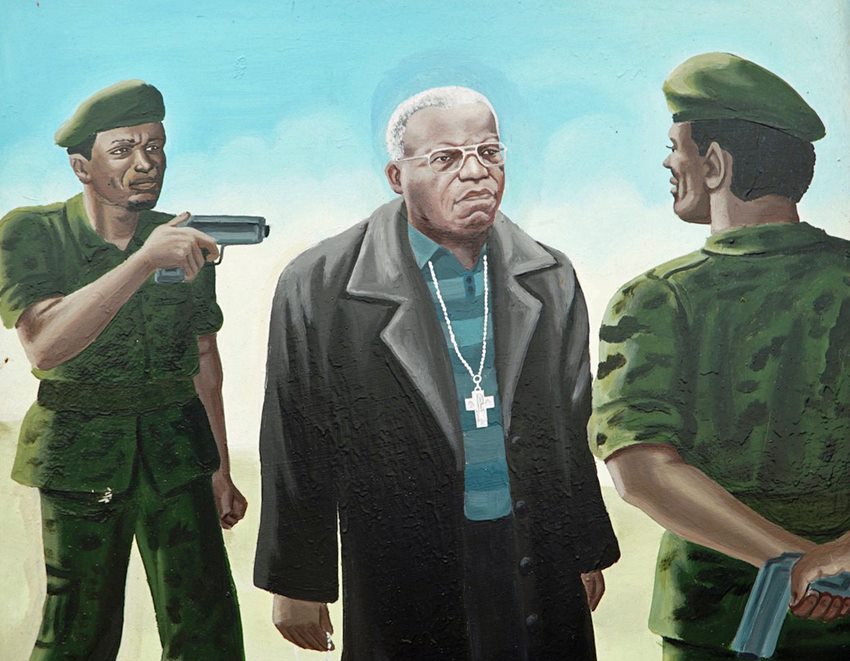 We asked Rigobert Kyungu to tell us how this academic work on Bishop Munzihirwa had touched him on a personal or spiritual level. Here is his testimony:

What touched me was how he was a tireless seeker, always dissatisfied with his research; he wanted to get to the bottom of things, both spiritually and intellectually. On the spiritual level, he discovered Ignatian spirituality through contact with the Missionaries of Africa, who were his first formators. Admiring religious life, he left the diocese where he had been a priest for five years, to enter the Society of Jesus, in order to deepen his knowledge of Ignatian spirituality. On the intellectual level, he took advantage of any free time for research in the library. Before the episcopate, he devoted himself to his doctoral research, but he never completed his doctorate, on the one hand because he continued to search endlessly, and on the other hand because he was always called upon to assume great responsibilities. He was therefore a man of “depth,” as Adolfo Nicolás would say.

I was also touched by his inner freedom. He was attached neither to power, nor possession, nor merit. This freedom, acquired in the pride of his culture and made strong by the Spiritual Exercises, made him a man of the prophetic word,parresia. He knew how to challenge consciences and tell the truth without fearing anything, not even death. It is a freedom that is linked to Ignatian spiritual discernment. Finally, there is also his cultural rootedness. Educated in the values of his culture, he made good use of them throughout his life. My thesis analyzed about fifty proverbs that he used in his writings. In our country, a man who knows how to use proverbs in his language is a true sage. But as a man of the Church, this translates into inculturation, which was so dear to him, from the reform of Vatican II until the holding of the first Synod for Africa in 1994.

Share this Post:
Learning to promote justice in a Chinese environment
The Jesuit social apostolate and lack of governance in Africa
Posted by Communications Office - Editor in Curia Generalizia