The Jesuit social apostolate and lack of governance in Africa

In certain countries, the problem behind urgent social questions is usually the lack of governance. Social work must eradicate this issue at its roots. The 50th anniversary of the Jesuit social apostolic secretariat provides Africa the perfect opportunity to build the future of the apostolate looking at its past. It could be a possible way to renew the program and refocus its efforts to serve the mission even more faithfully.

In 1949, when Father Janssens, the Superior General at that time, published Instruction on the Social Apostolate, the majority of Africa was still colonized and most of the Jesuits were Westerners. At that time Africa was a hotbed of movements aimed at gaining independence. Only a decade separated the publication of the instruction and the ’60s, a period when many countries claimed their autonomy. The political strife between the people and African intellectuals wasn’t at that time the priority of the emerging social apostolate. Jesuits focused their efforts on the “development” of the countries. Even though they were not on the front line of the work for the independence of the continent, various members of the Society would participate in forming the social conscience of the African people.

With the purpose of continuing the Jesuit story on the African continent, in 2012 around 50 African and non-African Jesuits met in Nairobi. Together they celebrated the 50th anniversary of the independence of African countries and assessed the role of social organizations in Africa. In his opening remarks Fr. Michael Lewis, the president at that time of the Jesuit Conference of Major Superiors of Africa and Madagascar (JESAM), assured that the social apostolate would help address the challenge of poverty, a consequence of the bad governance in Africa. Father Orobator, Provincial of Eastern Africa, agreed, “I would argue that a leadership deficit is the single most formidable obstacle to progress and development in post-independent Africa.”

The fundamental challenges for the social apostolate in Africa that were identified in the 2012 June forum would inspire for six years the action and investigation of the Jesuit African Social Centres Network (JASCNET). The social apostolate would then create new programs on all four corners of the continent that would address, among other things, conflicts before and after the elections, support for the victims of war and violence along with refugees and migrants, prevention against hoarding of lands, accessibility to clean water for marginalized groups, the fight against climate change and even the protection of the Congo Basin rainforest. 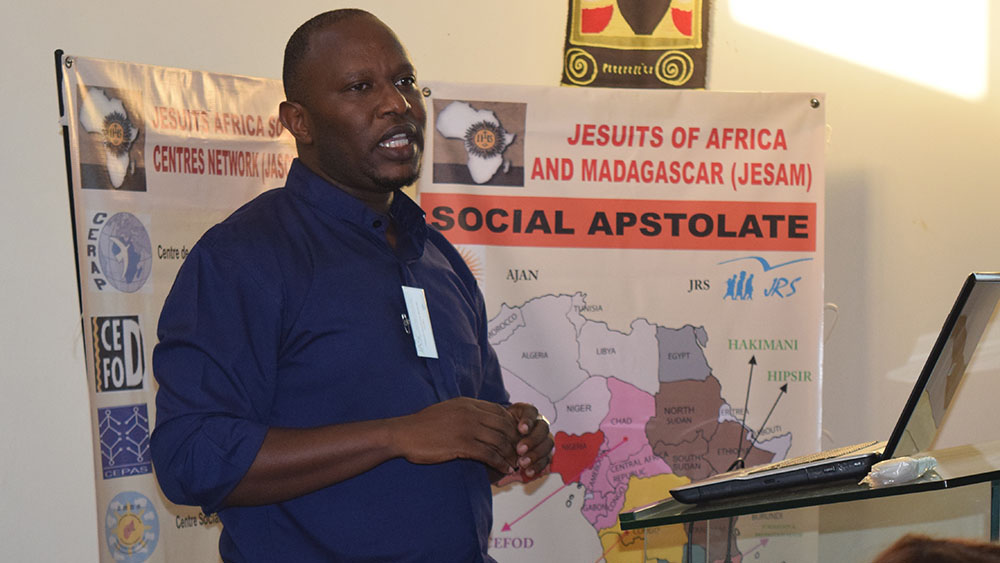 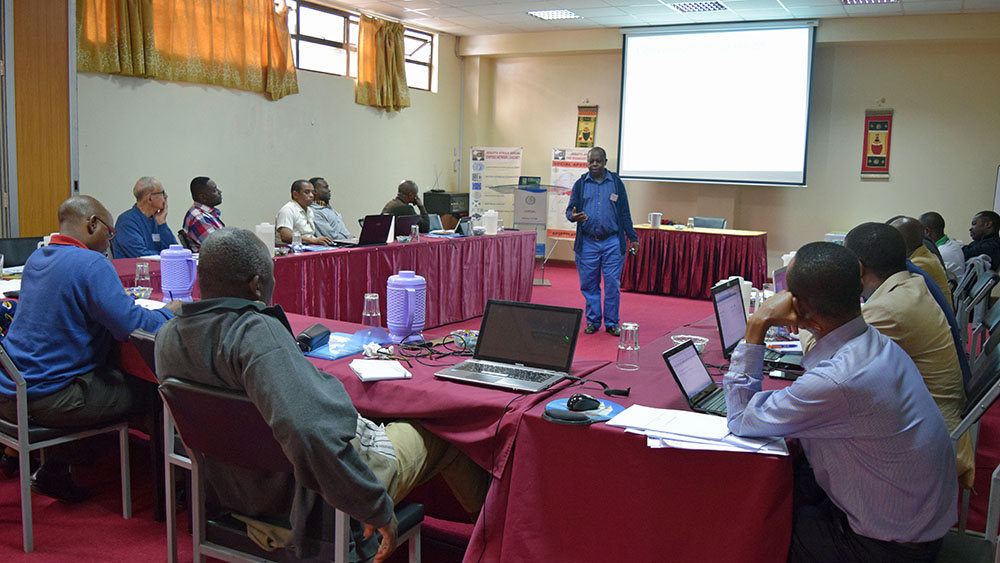 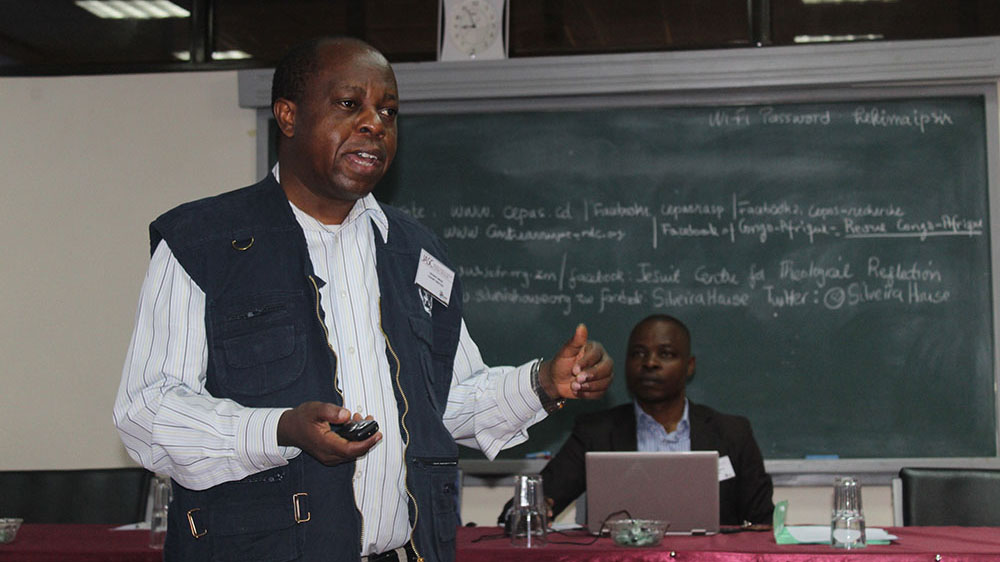 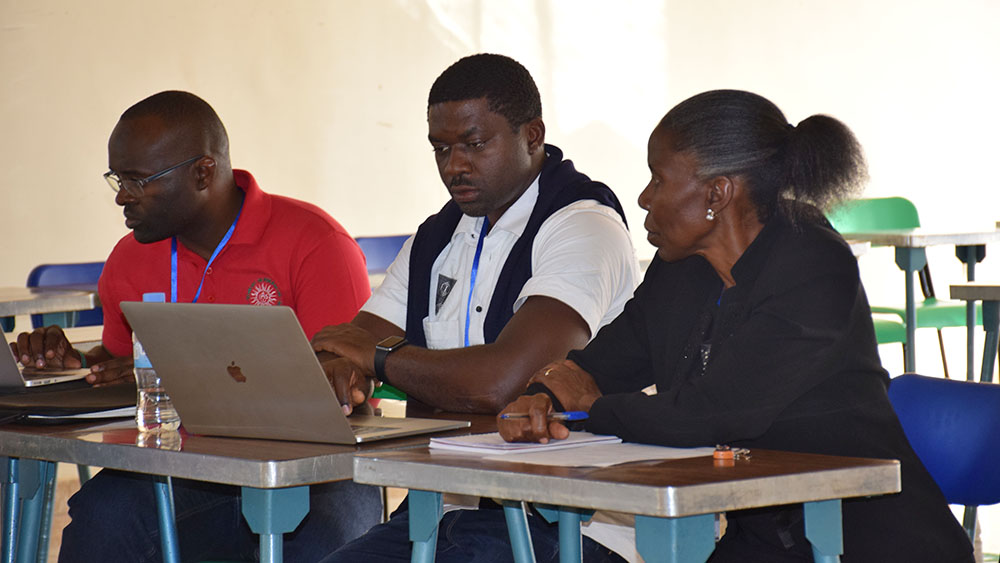 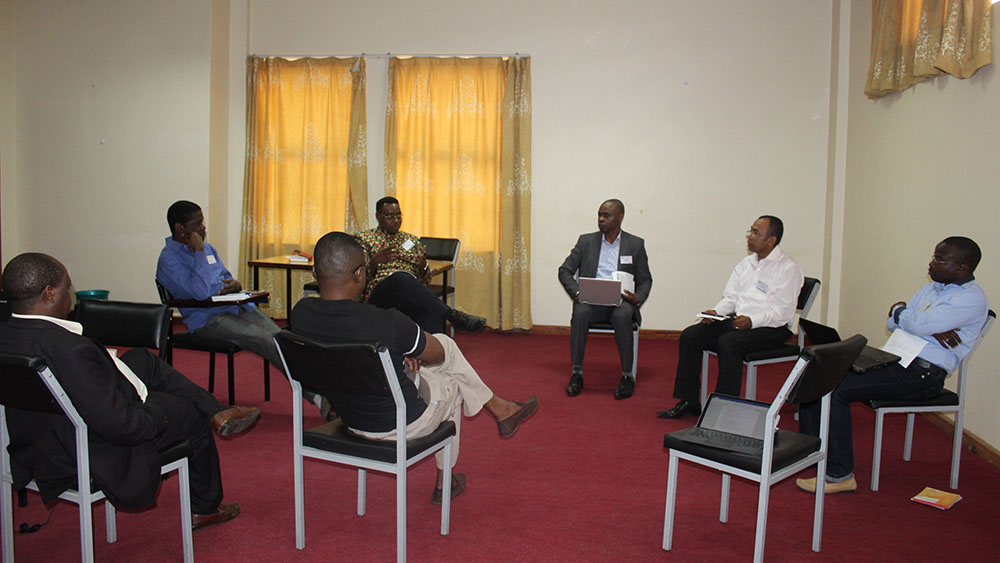 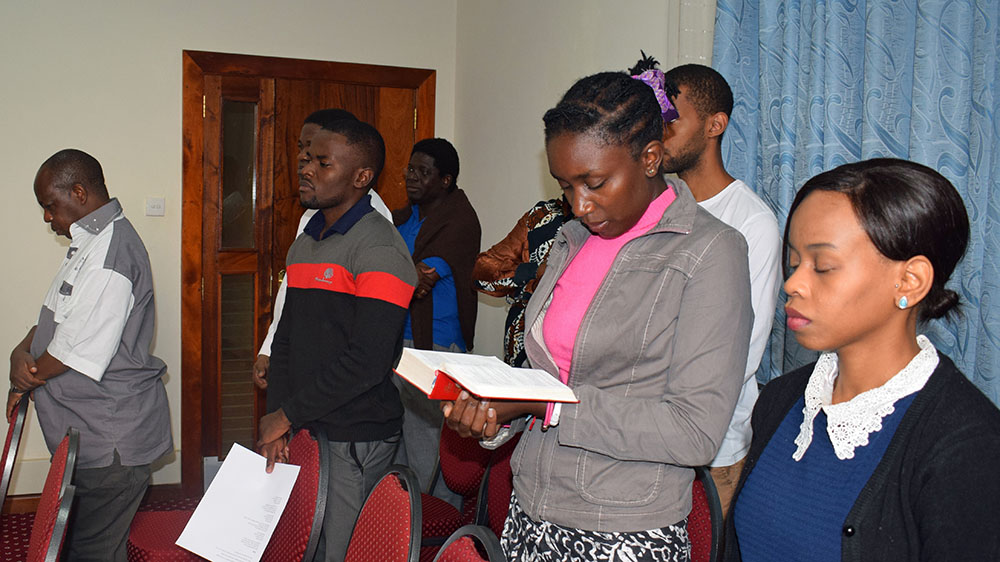 Even when research led us towards new challenges like Boko Haram and al-Shabaab, the Jesuits involved in the investigations came to surprising conclusions. “Bad governance is being mixed with the rise of radical Islamic fundamentalism. This can be seen in the domination and corruption of the development of democracy in these countries. The consequential factors are unemployment of young people, armed services being contracted by individuals and illegal extraction of natural resources in Africa by foreign parties.”

Research performed in over 10 countries has revealed that the increase of this new phenomenon is directly related with the marginalization and anger of a younger generation ridden with unemployment and rejection of the political process. Nobody has offered these young people a different point of view or any reason for them to believe that one day this will change. The bitterness, frustration, and anger of these young people are easily manipulated by Islamic speeches that radicalize and intensify them or by those involved in human trafficking who convince them to emigrate. They are victims of the lack of leadership in Africa and its social consequences.

Since then the social apostolate has introduced programs to effectively tackle the lack of governance that devastates the country. Four crucial points were identified.

Firstly, to ground the social apostolate in a spirituality of social work with a solid doctrinal foundation,in particular the Social Doctrine of the Church. Secondly, to base the social work on solid social analysis, nothing improvised or spontaneous. Thirdly, to improve all of the tools used in this field to widen the capabilities of operation. Fourthly, to master the new ways of communication, including social media which is necessary today to reach the younger generation.

A handbook is used in the sociopolitical formation program aimed at young Jesuits. Its objective is to prepare the future generation of Jesuits so that they consolidate their efforts in that which is capable of producing results that will multiply. We must not lose sight of the fact that the cause of the urgent social questions of today, including poverty, unemployment, diseases, and migration, is the bad governance of the African continent. Helping to build the institutions of governance of the African countries could be the key.

[Article from "Jesuits - The Society of Jesus in the world - 2020", by Rigobert Minani Bihuzo SJ]