Just like the other Conferences of the Society in recent months, the Conference of Asia-Pacific held its July meeting remotely, rather than in Dili, East Timor, where it had been scheduled.

In his report on the previous six months, the President, Fr. Antonio Moreno, shared that he considered it a providential grace that the Major Superiors of the region were able to make an eight-day retreat together, from 1 to 8 February, just before the declaration of the COVID-19 pandemic. The retreat served to strengthen the spirit of discernment and prayer for the months that followed, during which many activities had to be cancelled or postponed. 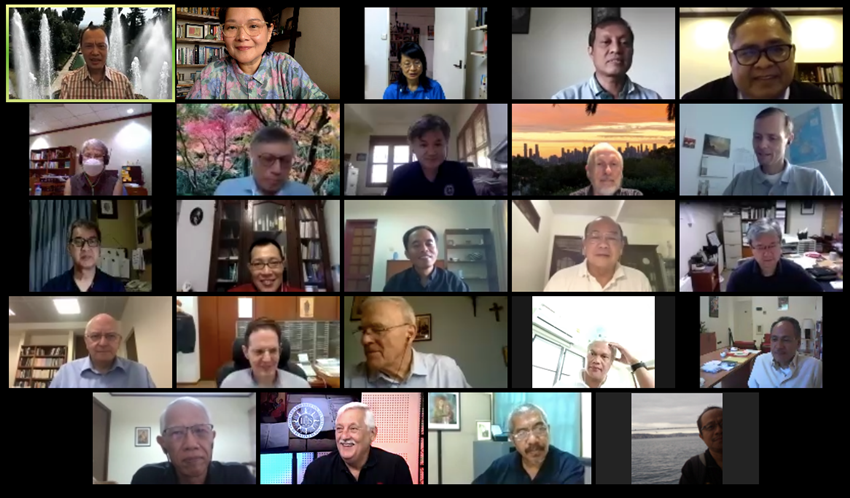 He confessed that the pandemic challenged the ability of the Conference and its members to adjust and adapt. Yet, according to Fr. Moreno, this year’s exceptional situation has allowed the Jesuits, their partners and their works to hear the calls for solidarity, especially for the refugees in Indonesia and Myanmar. A real solidarity has been shown. In fact, in their virtual meetings, several networks of apostolic activities (social apostolate, education, Ignatian spirituality, culture of protection, among others) explored new possibilities for inter-sectoral collaboration during this period. All the Provinces and Regions of Asia-Pacific are involved, according to their local contexts, in the accompaniment of the poor and vulnerable.

The JCAP President once again underlined how much grace Fr. Adolfo Nicolás, who belonged to one of the Provinces of the Conference, was a source of grace even on the occasion of his death. Throughout his life, during his illness and in his passage to the heaven, he will have been a sign of the presence of God among us. Finally, he mentioned that a discernment group, in connection with The Beijing Center, was looking into the Chinese mission.

The agenda for the JCAP Major Superiors Assembly included - besides the presentation of Father General and the sharing with him - a time of spiritual conversations about the impact of the pandemic on the life and mission of the Society. The culture of protection and ways of moving forward were also discussed, as well as the changing needs in the field of formation and, more specifically, the proposals of a working group on cooperation for theological studies. The Region of East Timor was also to report on all its commitments, as the attention of the Provincials is usually focused on the host Province. Even if the meeting could not take place in Dili, a specific time of the agenda was devoted to this unit of the Conference. Finally, the work of two committees, those of Planning and Governance, were presented and analysed during the week.

JCAP COVID-19 Adolfo Nicolás
Share this Post:
Linking the Ignatian Year and the Apostolic Preferences: Responding in this way to current challenges
East Timor: a land of challenges for the Jesuits
Posted by Communications Office - Editor in Curia Generalizia