East Timor: a land of challenges for the Jesuits

It was a long-anticipated agenda of the Superior General of the Jesuits, to visit Dili, East Timor during 13-17 July. Nevertheless, the pandemic hasn’t left it untouched and prevented him from going there. It is a small country of 1.2 million inhabitants that occupies, as its name suggests, the eastern part of the island of Timor in the Indonesian archipelago. 50% of the population lives on less than $1.25 a day - a growing country but one that faces enormous challenges. Long a Portuguese colony, the territory was annexed in 1975 by Indonesia. A bloody war lasted for years and led to a unilateral declaration of independence in 1999. The country was recognized by the United Nations in 2002, the third last to be recognized (before Montenegro in 2006 and South Sudan in 2011).

Jesuit missionaries have been present there for a long time. At present, of the 46 members of the Independent Region, there are 35 Timorese and 11 foreigners. However, it should be noted, that 24 of the 35 Jesuits from East Timor are scholastics. There are very few formed priests. One of the legacies of Timor’s colonial past is the place of the Catholic Church.

Against this background, Fr. Joaquim Sarmento, the Jesuit Regional Superior, took advantage of the meeting of the Provincials of Asia Pacific to present the situation of his Region. He did so with the help of an audio-visual presentation since, due to the pandemic, the meeting was held virtually. The specific vision and mission defined by the members of the Region highlighted the cultural and religious roots of the country. As companions in discernment, the Jesuits want to serve the faith while promoting justice and reconciliation for the integral development of the people of East Timor. This vision inspires the Strategic Plan 2019-2023 and guides the apostolic priorities of the Region. 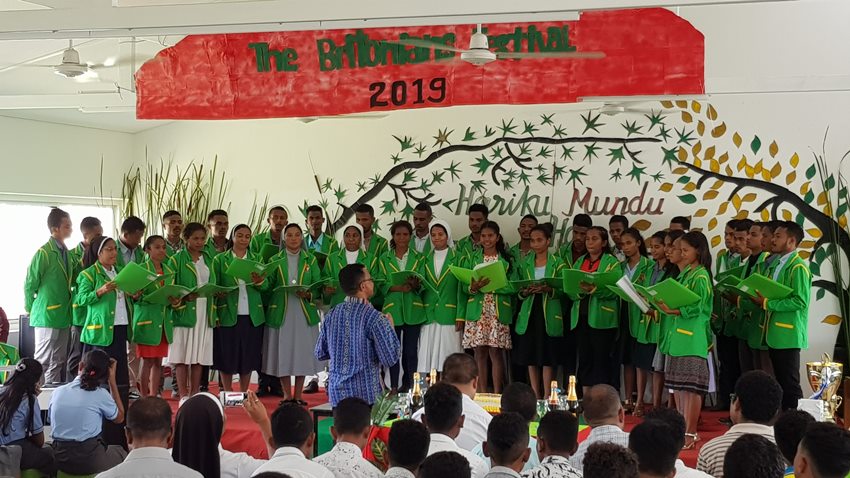 By offering a service of faith-based on Ignatian spirituality, the Jesuits want to inculcate religious values to help people live a quality Christian life, beyond secular traditions that have often mixed with the true foundations of faith with traditional, cultural or religious elements. In affirming this desire, the Jesuits recognize their own faith renewed and deepened in the process of serving these people. They want to spread the use of the instruments of Ignatian spirituality, which will help the people of East Timor to encounter the loving and merciful Christ. They are committed to offering authentic faith that respects the local culture, a faith that will be life-giving, joyful, and sharing, and a faith that will bear witness to the values of the Christ of the Gospel.

The promotion of human dignity and justice is paramount and the Jesuits do this through education, formation, and capacity building. The country is still very young and has a long way to go to experience true freedom, to offer its people what they need to get out of poverty, unemployment, and the weakness of a legal system that is prone to corruption. The people of East Timor are suffering and the Jesuits want to contribute to building a better future, in particular by forming young people in discernment and critical thinking while demonstrating that the future will be built on the capacity of each person to be altruistic, to commit themselves for the common good beyond their families. Accompanying open-minded leaders who will show not only competence but also the commitment to peace and reconciliation is the educational orientation that the Society of Jesus wants to promote in East Timor. 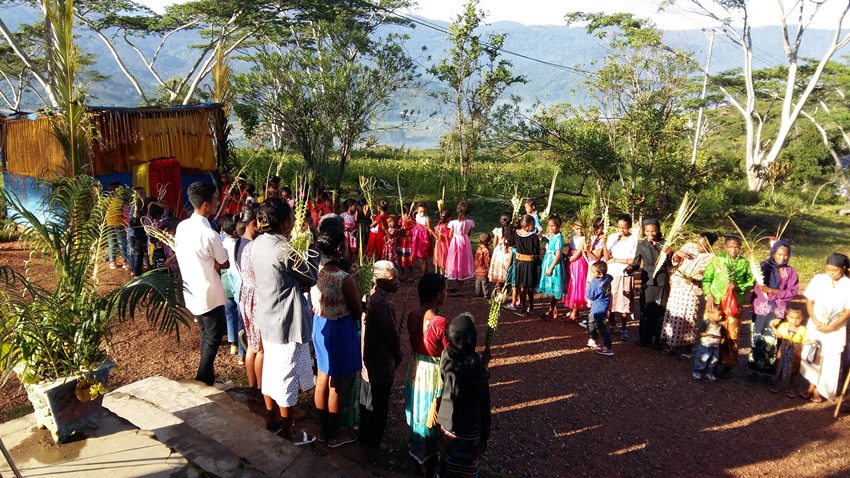 And, of course, in union with the commitments of the universal Society, the commitment to reconciliation through collaboration is also on the agenda. Reconciliation with God, with others and with creation. This is the way to the real and integral development of Timorese society and this can only be done in collaboration with so many other sectors in society, including the government. Of course, the need for reconciliation among people is, very much felt in a country that has been divided and has recently experienced war. The Jesuits want to participate fully in this reconciliation effort, but they can only do so in conjunction with partners and institutions not only from within the country but also from outside. More unification and collaboration are needed, avoiding a climate of unnecessary competition. In this spirit, the Jesuits in Timor will not so much seek to create new enterprises but to promote dialogue and reconciliation among all with a view of true partnerships.

The last part of Joaquim Sarmento’s presentation highlighted the many challenges faced by the region, which have been made even more acute by the Covid-19 pandemic. These include political instability and its consequences, the need for experienced foreign Jesuits for formation, the lack of resources to offer the spiritual services expected of Jesuits during times of crisis, and, in general, the difficult financial situation of the Region.

You can watch the audio-visual presentation of the Region by clicking here.

JCAP Spirituality
Share this Post:
For JCAP, the pandemic has generated even more commitment
In Nador (Morocco), people need you – now!
Posted by Communications Office - Editor in Curia Generalizia

Does Jesuit Poverty have a value today?

New Provincial for the Province of United States West (UWE)

Why poverty? To imitate Christ