Pedro Arrupe was born in Bilbao on 14 November 1907. On 14 November 1980, JRS, the Jesuit Refugee Service, was born in Rome. It is no coincidence that these two events are linked. Father Pedro Arrupe is the founder of JRS. He is the one who, as Superior General of the Jesuits, felt the immense need of refugees who were seeking hospitality after being forced to leave their country. He is the one who heard their cry and directed the Society of Jesus towards the service of the forgotten of the world.

Father Arrupe did not know how long this new work was going to last. He could not have imagined that the number of refugees would continue to grow over the decades. But the impetus he gave to the Jesuit Refugee Service was strong enough for the work to face humanitarian crises and continue to serve, accompany and defend refugees in some fifty countries today.

This 14 November, let us unite in prayer in memory of the visionary giant that Fr Pedro Arrupe was for the Church and the world. His cause for beatification was introduced on 5 February 2019. The postulator, Fr. Pascual Cebollada, continues to gather testimonies about our former Superior General. These testimonies are either written by people who knew Pedro Arrupe or collected in interviews for those who were closest to him during the various periods of his life. 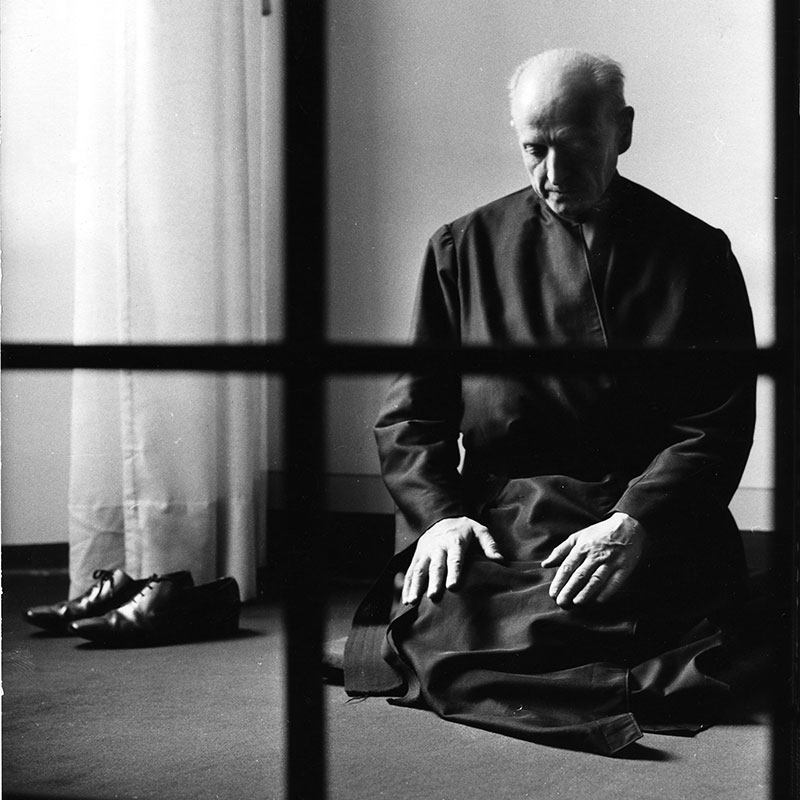 The advancement of a cause for beatification - and possibly canonisation - also relies heavily on prayer. In this case, prayer for and with Father Arrupe is a clear testimony of sustained public worship. So why not take two minutes of your time, on the occasion of Father Arrupe’s anniversary, to recite the prayer proposed for his beatification?

O God, loving Father: in baptism you clothed with Christ your servant Pedro Arrupe and you called him to follow you in spiritual poverty in the Society of Jesus. Listen to our prayer benevolently.

He delivered himself to you completely, in missionary activity, and in the guidance of his brothers; in time of health, as in the hour of infirmity.

Moved by the Holy Spirit, you placed him at the service of faith, making him a master of discernment and meek servant of the justice of the Kingdom.

With trust we pray, in imitation of Jesus Christ, poor and humble, whom he loved deeply, that Father Arrupe be recognized as a model of evangelical life and prophetic witness in the world, encouraging us to become in every culture “men and women for others”.

By his intercession, and for your greater glory, I ask you now for this particular grace [...] that you grant to me, as long as it is for your service and praise.

Through Christ, our Lord. Amen.

28th Superior General of the Society of Jesus

VISIT THE MEMORIAL WEBSITE
Pedro Arrupe JRS
Share this Post:
One rupee for a new India
JRS – 40 years of accompaniment… and still so necessary
Posted by Communications Office - Editor in Curia Generalizia