Why poverty? To imitate Christ

This week, Father General’s Extended Council is focused on the theme of religious poverty. We will offer you three articles on the topic “Ignatius and Poverty”, by Fr. James Hanvey, Secretary for the Service of Faith, at the General Curia.

St Ignatius and the early Companions placed a high value on poverty and I see three reasons for this: personal imitation of Christ, apostolic freedom for mission, and as part of an evangelical renewal of the Church.

We choose poverty because we want to imitate Christ, rely on God’s providence and be free to serve the Gospel. With Ignatius, the call to poverty begins with his conversion and continues to be a dynamic force throughout his life. That is why he often referred to himself as ‘the pilgrim’ - someone who is completely dependent upon the generosity of God and of others. We can see the same pattern in all the early companions after their own conversion through the Exercises. The heart of this poverty for the sake of the Kingdom is a dependence upon God and a belief that God will provide for our needs. In fact, central to the charism of all those who innovate or found a religious order or Christian community is this central intuition about poverty. It is summed up in the words of the Protestant theologian, Karl Barth: “...we do not really know Jesus (the Jesus of the New Testament) if we do not know Him as this poor man, as this (if we may risk the dangerous word) partisan of the poor and finally as this revolutionary.” (Karl Barth) 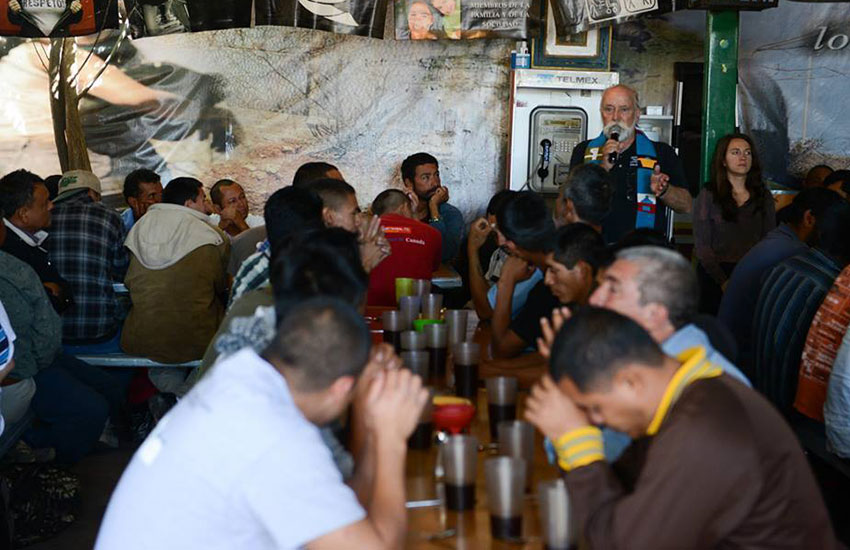 Ignatius and his companions took the Gospel and, especially Christ’s command to go with no purse, or second pair of shoes in a direct and almost literal way. At its heart is the urgency of the Kingdom and a profound faith that God will provide. Often this will be through the generosity of others who respond to the presence of the Kingdom and want to support it - the benefactors who are themselves a sign of God’s providential care.

In the Exercises, Ignatius sees that there are two aspects to poverty: a spiritual and an actual poverty. I think it is easy to forget about the former which is really the foundation that makes the latter fruitful. That ‘spiritual’ poverty is a growing humility before God and others. It moves away from a ‘me-centred’ world to a ‘God-centred’ world; a world in which service of others comes first. In this sense, ‘spiritual poverty’ is the capacity to love with a radical and subversive freedom. Humility is not caught in the web of values which only enhance hierarchies of power, social position and prestige. It is a freedom from the webs of avarice and envy. If one is freely poor for Christ, how can our society lay a claim upon us either in terms of spiritual or social value and material wealth? Your security is completely other than anything the social and economic system can offer you.

Poverty as renewal and reform

So, if poverty is both an imitation of Christ and a freedom for the service of the kingdom, it is also a witness which can inspire renewal and reform. It is difficult for us today to grasp how economically and socially powerful the Church was at the time of St Ignatius. Indeed, there were many calls for reform coming from within the Church as well as from the Protestant Reformers. The early Society certainly saw itself as part of the movement of internal renewal as well as part of the Church’s defence against a political and theological opposition. The commitment to poverty as ‘the strong wall’ is certainly part of this. The early Jesuits wanted to remain as free as possible from the accumulation of wealth and property, hence the prohibitions against this in the Society’s Constitutions. In this way, they sought not only to preserve the freedom of the Society for its apostolic mission but they also wanted to ensure its evangelical and reforming integrity. This can also be a gift to the Church today.

Father General Curia
Share this Post:
At the service of Human fraternity – The Pope Video
New Provincial for the Province of United States West (UWE)
Posted by Communications Office - Editor in Curia Generalizia