On January 15, Father Stan Swamy completes 100 days of incarceration in Taloja prison in Mumbai. I spent two days, January 9 and 10, in Bagaicha - Ranchi, the zonal coordinating centre of the 5 central Indian Jesuit Provinces. I met with the three Jesuits who have been Stan’s companions for the last 2 years and who have accompanied him during those difficult days of investigation and arrest by the National Investigating Agency. On behalf of Fr. General and many of us, who have been saying ‘We stand with Stan’ calling for his immediate release, I expressed solidarity and continued support to Stan and all others who stood with the vulnerable tribals and marginalized communities and are now facing incarceration.

I entered Bagaicha during the early hours of 9 January. Everything looked normal, except that Stan was not waiting outside to receive me with his warmth and affection. However, the roomin which he generally stayed was wide open. I asked Fr. Solomon, ‘why is the room open and who is staying there now?’ He said, “This is where you are going to stay these days.” I felt deeply privileged.

Narrating the horrible night of arrest, Fr. David Solomon said, “Stan had the premonition that he was going to be arrested and was prepared. Three days before the arrest, I noticed a kind of glow on his face. He remained quite serene and recollected and spent long hours in the Chapel every morning. Within me I felt quite agitated, but he was calm. At one point after somediscussion, he got up and said, ‘I am going’.” 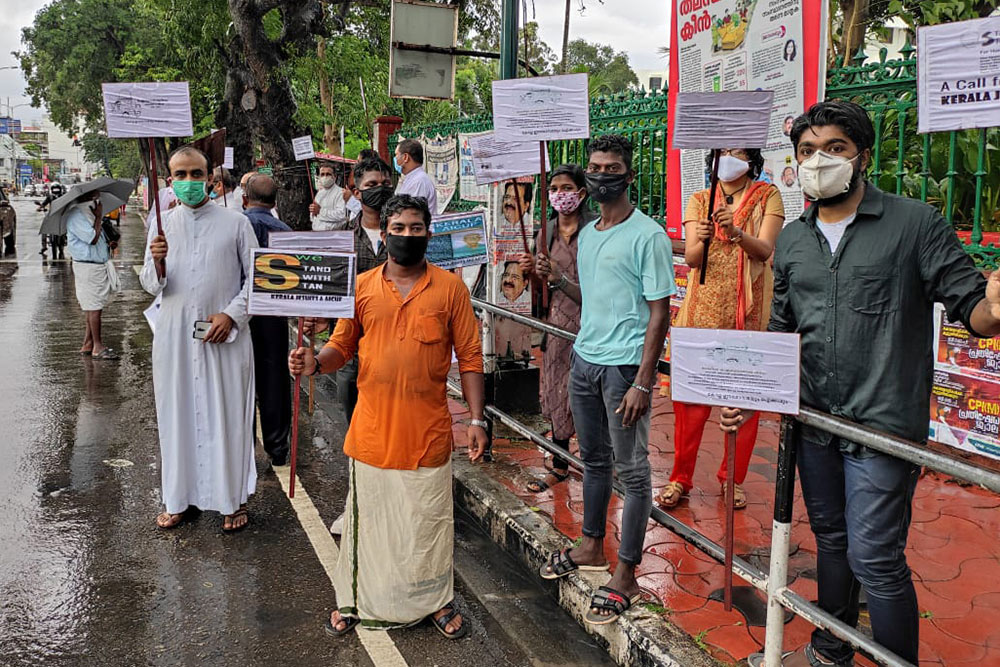 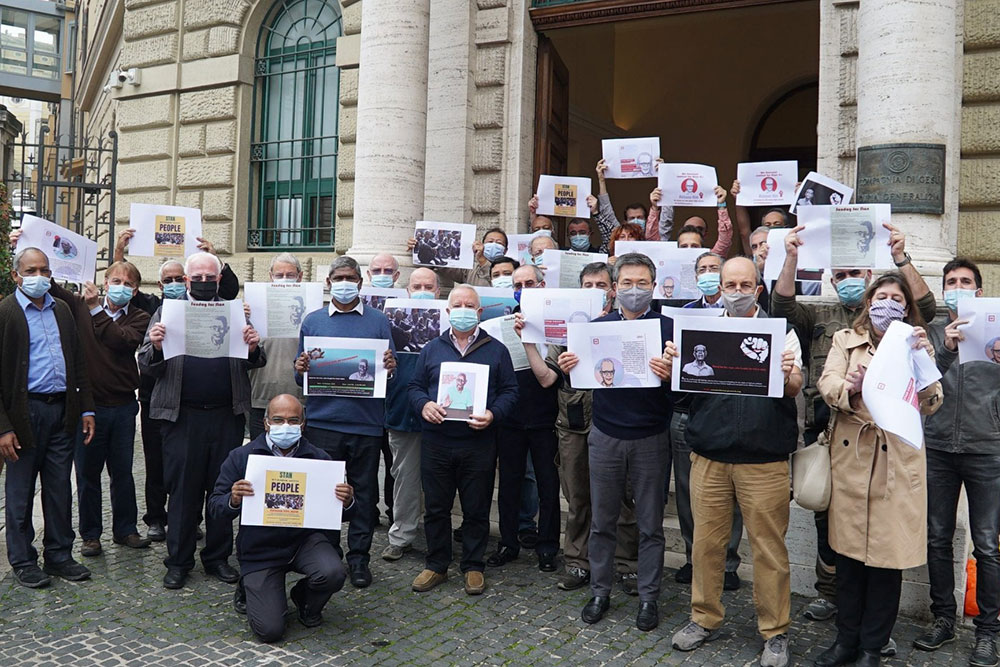 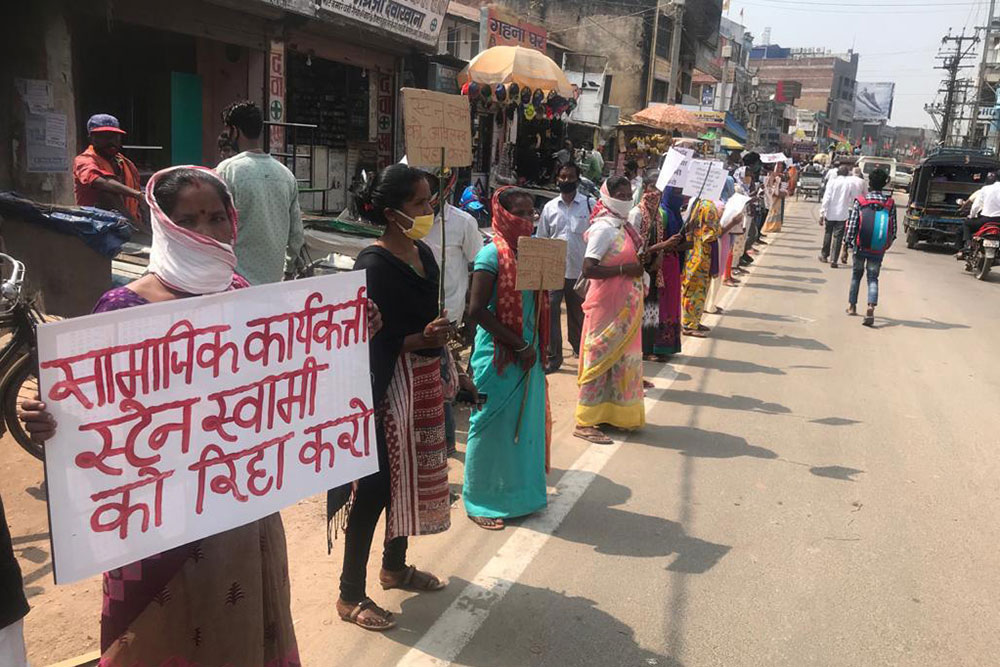 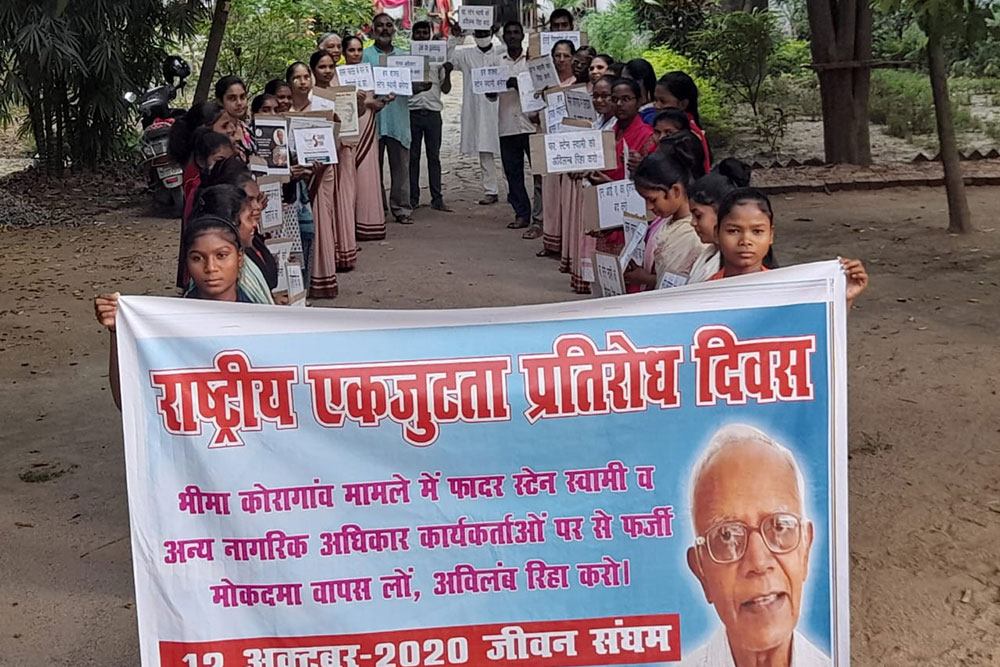 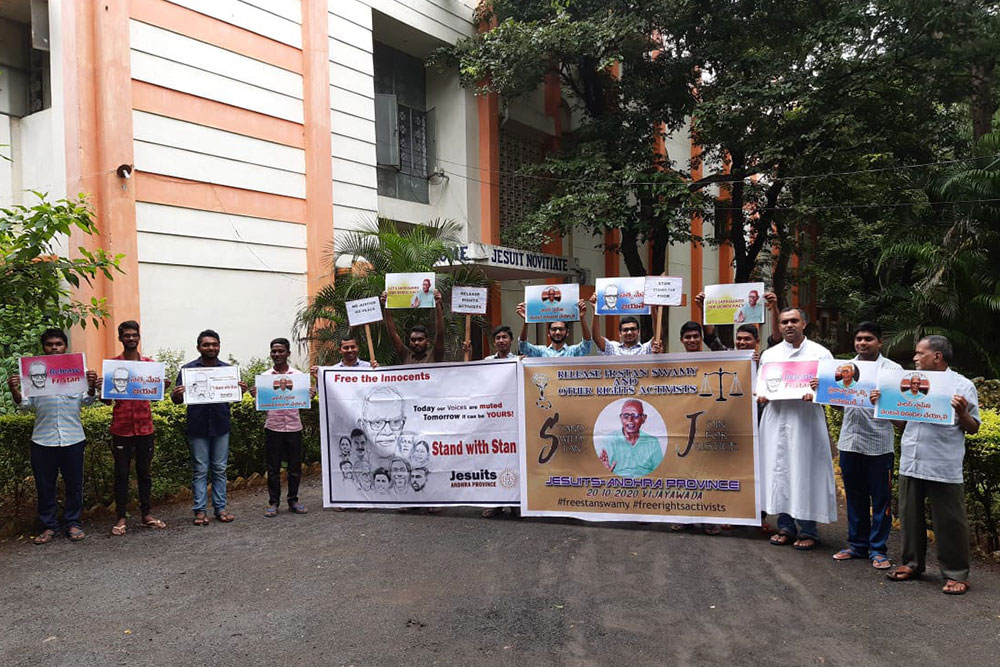 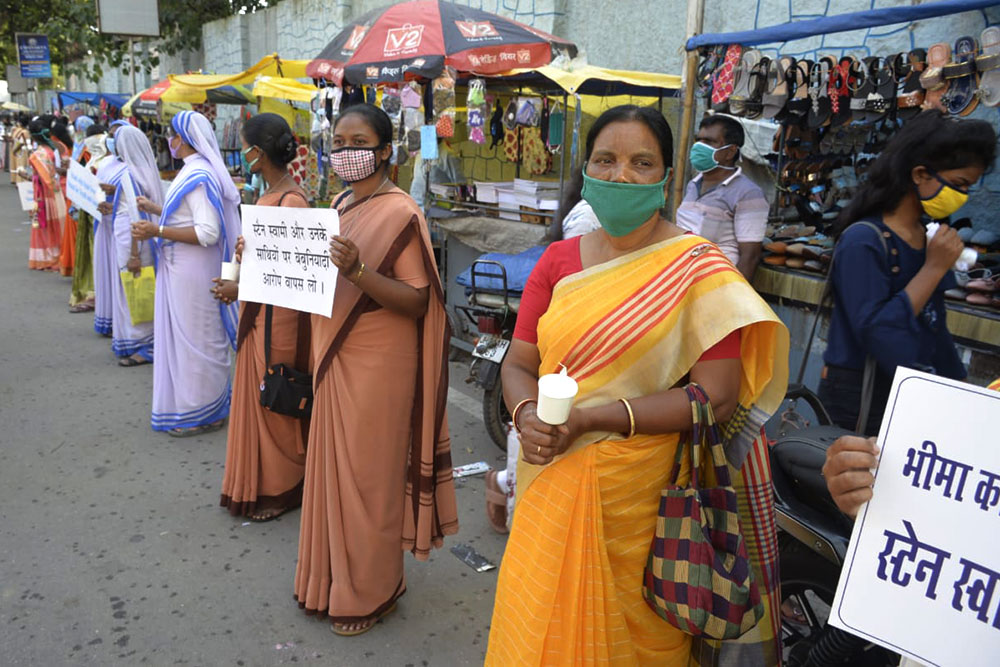 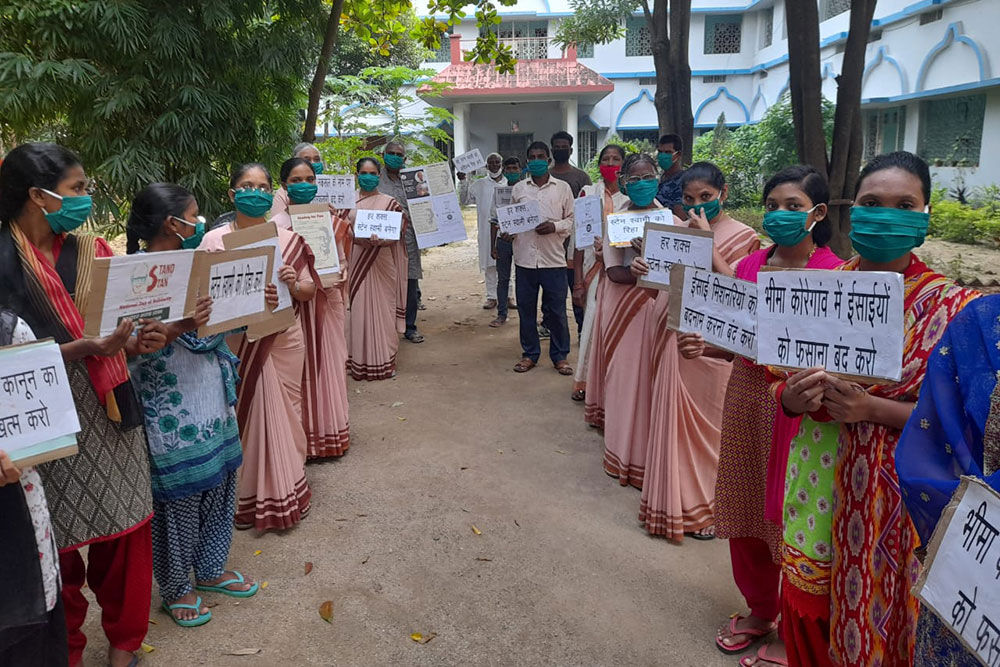 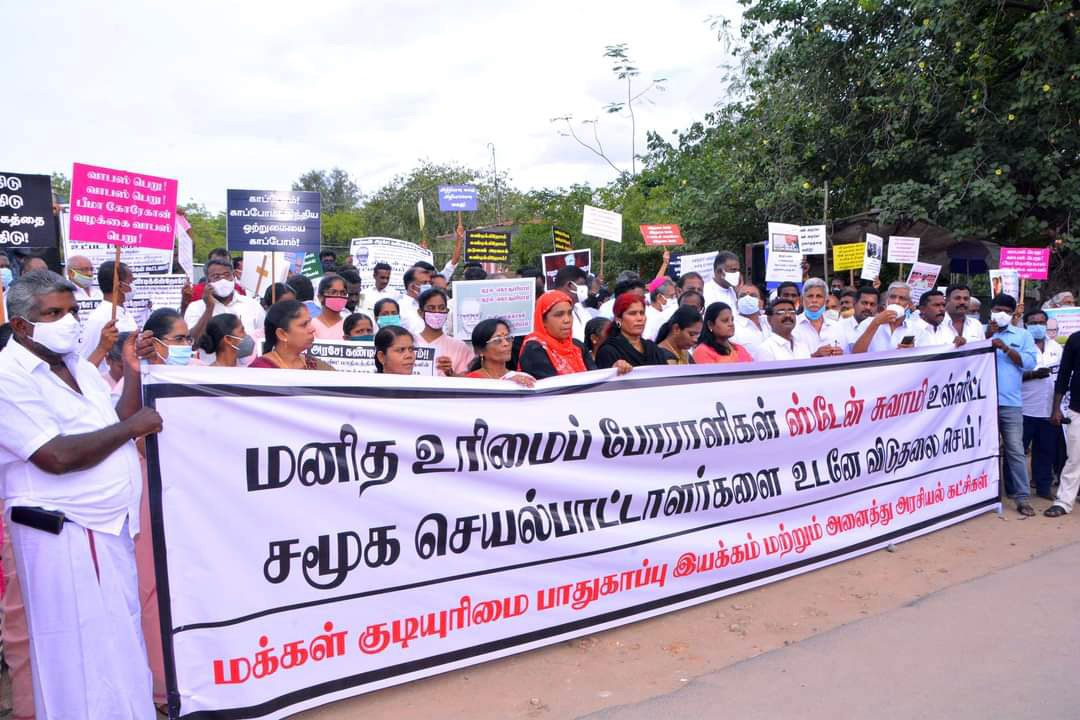 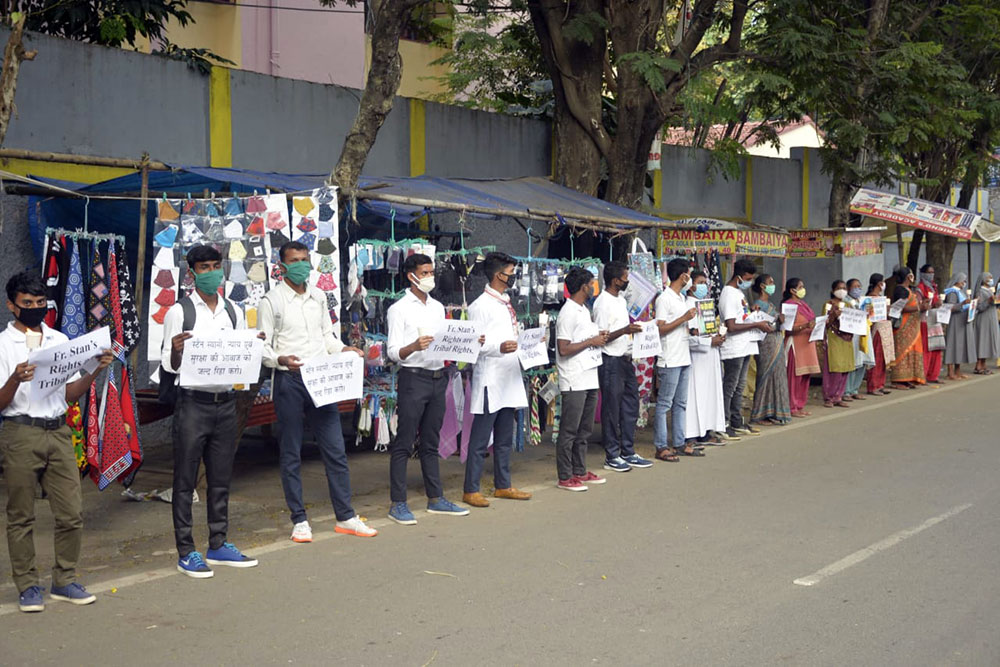 Stan has been a man of principles and conviction. Sebastian, another Jesuit companion in Bagaicha said, “Stan had prepared a letter to be sent to all his friends and relatives, where he had mentioned that he would go on hunger strike, in case of arrest. Now that he was arrested, I was worried what would happen to him. I felt relieved when I heard that he was eating in the prison.”

The arrest of Fr. Stan 100 days ago has awakened the conscience of millions to the harsh reality of state atrocities against ‘human rights defenders’ in India. It has united all right thinking persons to stand together to fight against the unjust ‘Unlawful Activities (Prevention) Act’ which does not respect the fundamental human rights of citizens, under the garb of ‘nationalism’. Anyone speaking against the government in power or its policies is branded as ‘anti-national’ and ‘terrorist’ and put in prison without trial. In the last 3 years, around 4,000 people have been arrested under this draconian act and are rotting in prison.

“I am not a silent spectator” resounds in many of the campaigns and protests around the world. In his New Year message from the prison, Stan writes:

May the New Year
Bring a new awakening
To all of us.

May the new awakening
Light a new flame
In our hearts.

May the new flame
Help us discern truth from untruth
And hold fast to truth.

May Truth embolden us
To speak truth to power
And be ready to pay the price.

LEARN MORE
JCSA SJES
Share this Post:
Authentic Poverty needs ongoing discernment
“I convoke the 71st Congregation of Procurators which will start on 16 May 2022.”
Posted by Communications Office - Editor in Curia Generalizia