100 years of Jesuit presence in Micronesia

Palau, the Caroline Islands, Pohnpei, Chuuk, Saipan, the Marshall Islands, the Mariana Islands, Guam. Memories of our geography classes may come to mind as we hear these names of islands or archipelagos in the western part of the Pacific Ocean. They are often distant from each other and seldom in the headlines. For the Jesuits, however, it is a region of active missionary presence marked by creativity and a sense of adventure, and this has been the case for 100 years now.

In fact, already in the days of the “First Society”, the Society of Jesus could celebrate a century of missionary activity in the Mariana Islands since Spanish Jesuits of the Philippine Province arrived there in 1668 and were able to work until the expulsion of the Society from all territories linked to the Spanish crown in 1769. It is noteworthy that the first five Spanish Jesuits in the Marianas were accompanied by a 13-year-old Filipino boy, Pedro Calungsod, who offered his services as sacristan. Originally from Cebu, he became a catechist and died a martyr in Guam in 1672. He was canonised by Benedict XVI in 2012. 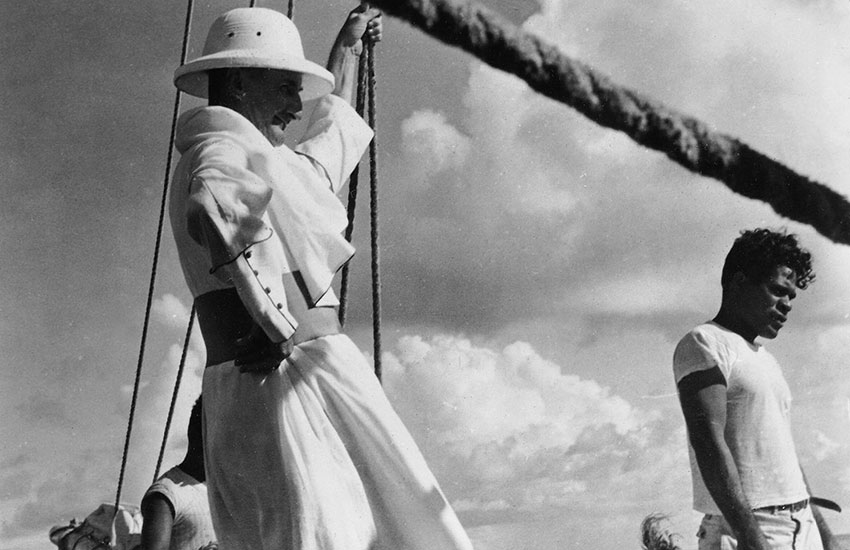 It was not until the 20th century, in 1921, that Jesuits ventured back to the region. In that year, a ship with 22 Jesuits on board spread them along the coasts of several islands in small groups of two to four missionaries. In this way they rebuilt the mission that had been forcibly abandoned in the 18th century. The sending of Jesuits to the region was the Society’s response to a specific request from Pope Benedict XV, who had been unable to persuade any other religious congregation to take responsibility for such a mission; he had turned to the Jesuits invoking their particular vow of obedience for the missions entrusted by the Pope.

On the islands where the Jesuits have worked, churches and schools multiplied rapidly, especially after the Second World War, when the mission was put under the responsibility of the Jesuits of the United States. A dictionary of the local language in Palau has been publisehd, evangelisation programmes have been adapted to the local cultures, and building projects have flourished. It has been an inspiring missionary epic of exceptional dynamism! 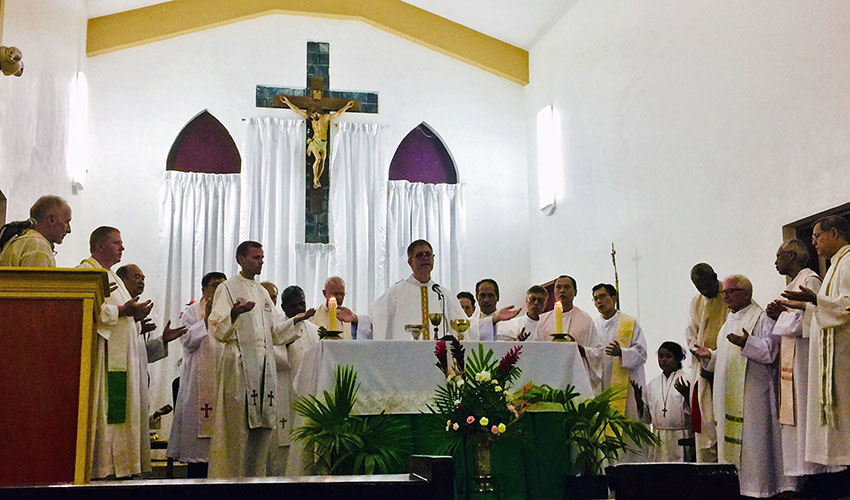 Today the dozen or so Jesuits in the region form a community of the USA-East Province. They are based on Chuuk in the Caroline Islands but have activities on several other islands in the region. Although they are “administratively” part of the Jesuit Conference of Canada and the United States, they have very close links with the Asia-Pacific Conference. Filipino, Indonesian and Malaysian Jesuits, among others, have worked in the region.

For more details, see The Historiography of the Jesuit Presence in Oceania, by Alexandre Coello de la Rosa.

JCAP
Share this Post:
Fundamental Rights – The Pope Video
For a culture of vocation promotion
Posted by Communications Office - Editor in Curia Generalizia