For this Ignatian Year, Fr. Arturo Sosa, Superior General of the Jesuits, celebrated the Eucharist for the feast of St. Ignatius of Loyola in Manresa, Spain. A very significant place for this jubilee year since it was there that the founder of the Society of Jesus had what is called an “illumination,” an inner understanding of his relationship with God and the plans the Lord had for him.

Having walked some 650 km, Ignatius was already a “pilgrim” when he arrived in Manresa from his fiefdom in Loyola. He was aware of his spiritual poverty: he was looking for the way to true richness on this level. He was also experiencing the material poverty of the pilgrim who has left material conveniences to place himself in the hands of the Lord and to rely on the help of those who would welcome him. It was largely on these themes that Father General focused his homily on 31st July this year. Here are some of the highlights from his homily.

Within our Ignatian Year, this is a unique occasion, for those of us who come as pilgrims to Manresa, to be able to receive through Saint Ignatius that which “seduced” him - like the prophet Jeremiah - and gave him that fire in his guts, locked in his bones, which he could not quench. Looking back, we see that God had been more than generous with him here: he had been superabundant, excessive. After almost eleven months in this city, the convert Íñigo of Loyola left even more determined to imitate Christ and to speak in his name. With one difference: he now had the tools to better understand the language of God and to help others to try to decipher it and to decide according to what each one has understood in the Spirit. 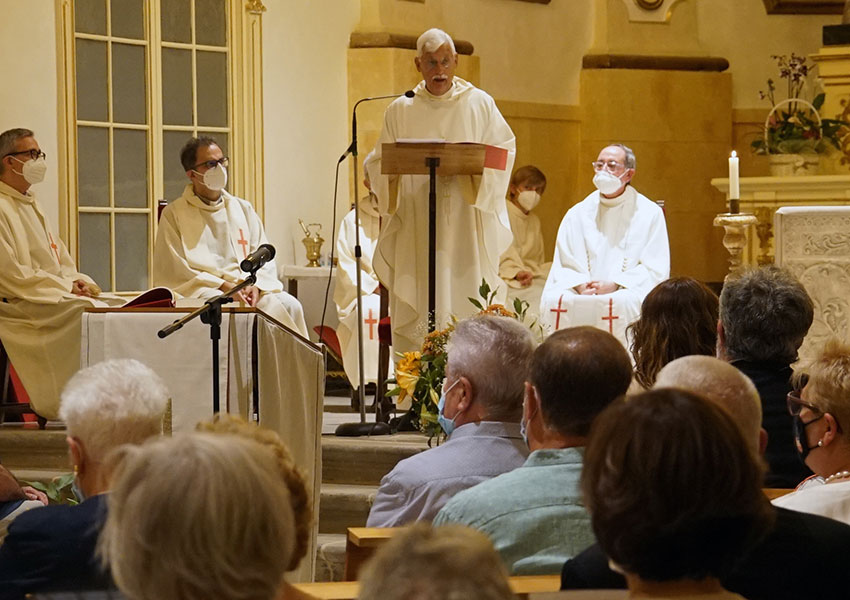 This tool is the famous discernment, which Íñigo did not invent because it had existed in the Church for a long time, but which he learnt “in the flesh” right here, especially thanks to so many hours spent in solitude and in prayer. Through times of great trial, as well as authentic consoling joy, we could say that the pilgrim of Manresa consolidated and definitively strengthened the ideal already contemplated in Loyola that would give meaning to his life. God gave him the foundations to build the “tower” of his own life - as we heard in today’s Gospel - but also so that many others could do the same. That is why so many features of the Society of Jesus and of what we know today as Ignatian spirituality depend on Manresa. (...)

The pilgrim Íñigo spent a long time alone in the Holy Cave and in other hermitages and caves on the outskirts of the city. He arrived here as a beggar who lived on alms, being received first in the hospital of Santa Lucia and then in the Dominican convent. Thus, the one who places the retreatant today before Christ, poor and humble, is the same “man in sackcloth” who, having renounced all his possessions in order to follow Jesus, asked for alms to eat and sleep, without forgetting to share his poverty with others. Hungry for God, he came without any security and lived as never before in spiritual and material poverty. In turn, he received, because - as the Psalm ends - “those who seek the Lord lack no good thing.” There is no doubt that this transformed him and made him see things anew, and his way of living here becomes a point of reference for our spiritual and material needs and the way we fulfil them. The profound freedom that Ignatius acquired about himself and in his dealings with others cannot be understood without taking into account how he lived in Manresa. 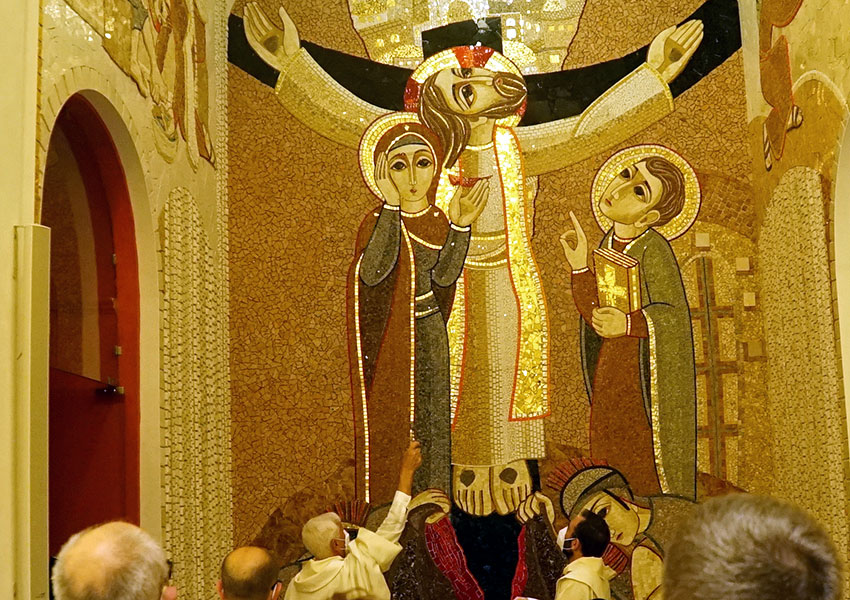 The pilgrim’s willingness to receive - given his fragility - and to share what the Trinity would give him, led him to meet other people. They were other poor people like him, children whom he catechised, men and women who lived in the city and came paradoxically to give their time and affection to the one whom they already saw as a “holy man,” and from whom they received much more than they gave. Religious and priests will also have the opportunity to give him psychological and spiritual guidance, especially in these more difficult months.

Thus there was an exchange of gifts, assisted by conversation, which will be the first model of accompaniment that Ignatius will repeat throughout his life, a charism that will be inherited by his successors. It is accompaniment through conversation, spiritual conversation, an indispensable element in the Exercises, but also in the design of the daily life and mission of the Society of Jesus; normally oral conversation, face to face, although often replaced by writing in the almost seven thousand letters he sent. Today as yesterday, this spiritual conversation - even online! - which touches the core of the person in the light of God, remains an excellent instrument in our hands.

Father General Ignatian Year
Share this Post:
31 July: Feast of Saint Ignatius of Loyola
The “Camino Ignaciano”: a path to follow in these times that demand radical change
Posted by Communications Office - Editor in Curia Generalizia