Pope Francis in Slovakia: A fraternal embrace to the Jesuits

In four days in Slovakia, Pope Francis gave warm words of encouragement to all the people of the country, including its religious and ethnic minorities. His apostolic visit between 12-15 September brought us unforgettable moments. We were embraced by the amiable presence of the Pope as the people, as the local Church, but no less as the community of Jesuit companions.

Already before arriving in Bratislava, the Holy Father invited all of us Jesuits of the Slovak Province to a meeting at the Nunciature on the first evening, immediately after his arrival. We were 53 confreres, some also from their missions in Rome, Ukraine, and the Czech Republic.

We were together with Pope Francis for an hour and a half in a sharing, spiritual and prayerful atmosphere. With a freedom to express oneself and give space even to jokes. One gesture says it all: on arrival the Pope did not go to the large armchair prepared for him in the Nunciature hall, but instead took a chair among the others, to be very close to us. The Pope made us feel like brothers in the full sense.

The meeting took place without the presence of the media, in order to have an atmosphere of complete trust and without fomalities. A rosary for each person as a gift from the Pope underlined his message of being above all united to the Lord in prayer. From the Slovak Province we prepared three symbolic gifts for him. The first one involved our collaborators in the apostolate: children and families from the “Family Aid Centre” in Trnava, who had prepared for the Holy Father a big flower made of paper cut from photos of people, including portraits of the candidates for beatification: Tomáš Munk and his father František and the missionary Vendelín Javorka. 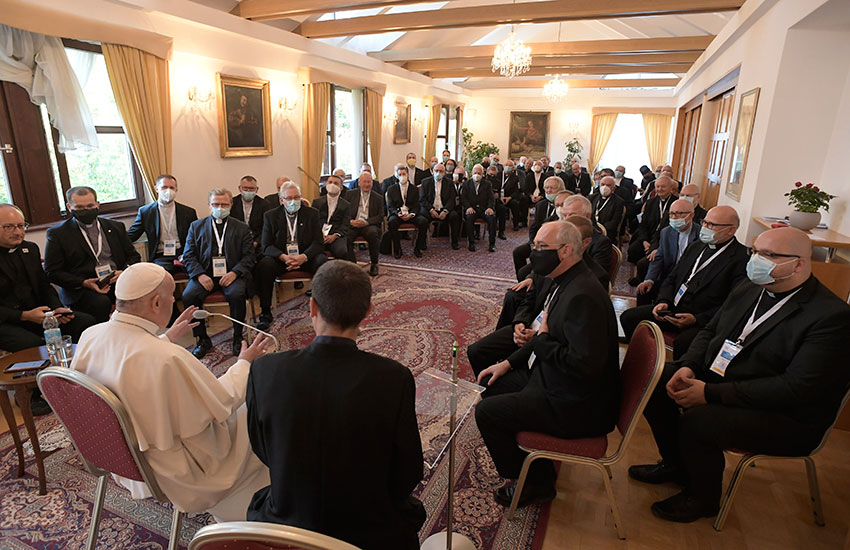 Another gift to the Pope expresses the commitment of the Slovak Jesuits in the intellectual apostolate: a book of Commentaries on the Psalms from the scientific edition edited by Slovak Jesuit biblical scholars in cooperation with several Catholic and Protestant theological faculties in the country, in cooperation with the Jewish community. The third gift: a book of testimonies of Slovak Jesuit confessors of the faith under the communist persecution recently published in English with the title Watersource from the Rock.

The Pope prolonged the time spent together to the utmost. He concluded the meeting in an atmosphere of prayer with the final blessing.

And that is not all. The following day, in his speech at the meeting with clergy, religious and catechists in the Bratislava Cathedral, the Pope mentioned a powerful testimony of Cardinal Ján Chryzostom Korec, a Slovak Jesuit imprisoned in the 1950s, an underground bishop of the ‘Church of Silence’ in Slovakia under the totalitarian regime. The Pope underlined his gesture of forgiveness to his persecutors. Here are his words in the Cathedral, on 13 September:

“I know you have a proverb: ‘To him who throws a stone at you, you give some bread.’ This inspires us. This is very evangelical! It is Jesus’ invitation to break the vicious and destructive circle of violence, turning the other cheek to those who beat us, to overcome evil with good (cf. Rom 12:21.) A recollection of Cardinal Korec’s story strikes me. He was a Jesuit Cardinal, persecuted by the regime, imprisoned, compelled to work hard until he fell ill. When he came to Rome for the Jubilee of 2000, he went to the catacombs and lit a candle for his persecutors, invoking mercy for them. This is the Gospel! It grows in life and history through humble love, through patient love.” 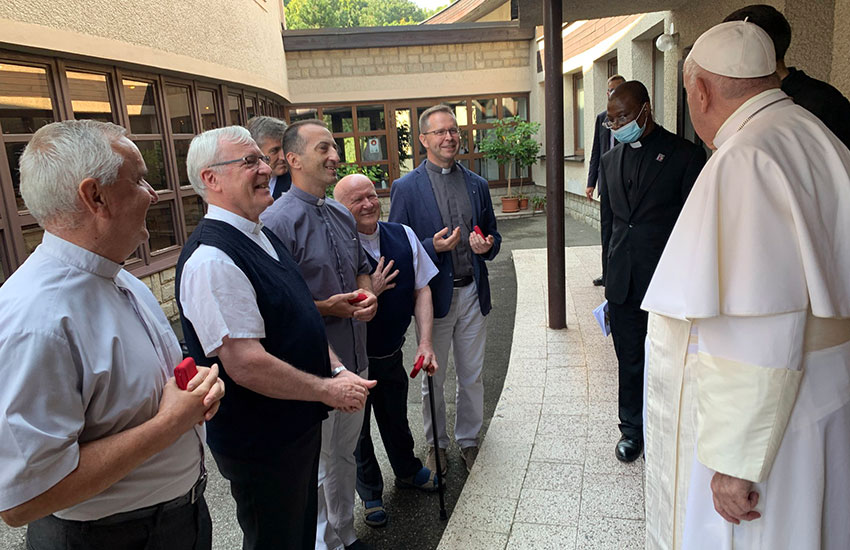 And that was not all yet. On the third day of the visit, the Pope celebrated the Byzantine Divine Liturgy in Prešov. At the altar at his side the main concelebrants were the Metropolitan Archbishop of Prešov Ján Babjak SJ and Archbishop Cyril Vasiľ SJ, eparch of Košice. After the mass, on the way, the Pope made an unexpected stop: a surprise visit to greet the collaborators in the kitchen of the St Ignatius Retreat House in Prešov, one kilometre from the place of the celebration, where lunch was prepared for the participating bishops, while the Pope was going to lunch in Košice.

The media reported that the Pope came to greet his Jesuit companions at the retreat house, but in reality his primary reason for making this unscheduled visit was the Pope’s desire to respond to an invitation from the Superior of the community to come and greet those who were serving in the kitchen and could not fulfil their great desire to participate in the liturgy with the Pope.

It is also worth mentioning that the Pope met with the Jewish Community in Slovakia on 13 September in Bratislava – Rybné námestie. Thanks also to the active involvement of the Slovak Jesuits in the promotion of dialogue between Catholics and Jews, these relations have developed a lot, especially in the last five years. 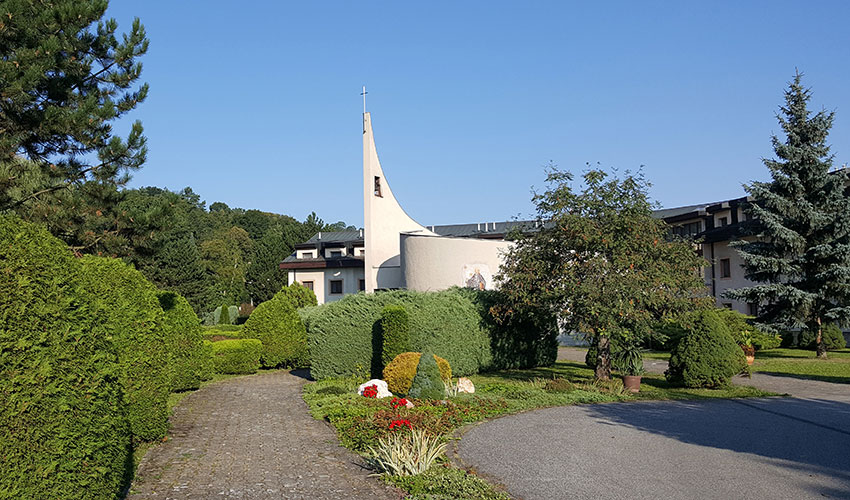 I can personally testify that the Pope’s visit to Slovakia brought a great stimulus to strengthen our identity as Jesuits in each of us members of the Slovak Province. Brothers from all generations were present: both those who entered the Society underground during communism and those who entered after 1989. The only ones missing were the novices. This year, in fact, our novitiate is without a novice, and so the fraternal embrace received from the Pope is also translated into our prayer to the Lord to call new companions to follow him on the path of St Ignatius.

From the looks on the faces of everyone present, it was clear how the Pope’s presence among us brought us together, as members of the same family, with all our individual differences, but as friends in the Lord, united in the same mission, ready to go without delay to where the Pope wants to send us. Being together around Pope Francis was like being around a loving and beloved father, a wise grandfather, what the spirituality of the Christian East calls a ‘starets’.

JCEP Pope Francis
Share this Post:
Discernment and Synodality in the Interreligious Context
The Vatican Observatory: Jesuits serve Science and the Church
Posted by Communications Office - Editor in Curia Generalizia