The Vatican Observatory: Jesuits serve Science and the Church

Recently, a small group of Jesuits from the General Curia had the opportunity to visit the Specola Vaticana community and especially its domain, the five telescopes installed in the gardens of the popes’ summer residence at Castel Gandolfo, some 25 km from Rome. It was a truly fascinating experience.

“Come let us adore the Creator God”. This is the motto of this Church institution, at the cutting edge of science, where Jesuits have played and still play a leading role. Since Pope Gregory XIII introduced the new calendar in 1582, the one we still follow, mathematicians, astronomers and other scientists of the Society of Jesus have contributed to the advancement of knowledge of the universe. They are at the forefront of scientific explore a wide range of topics, from the examination of the smallest grains of interplanetary dust to the origin and structure of the universe. 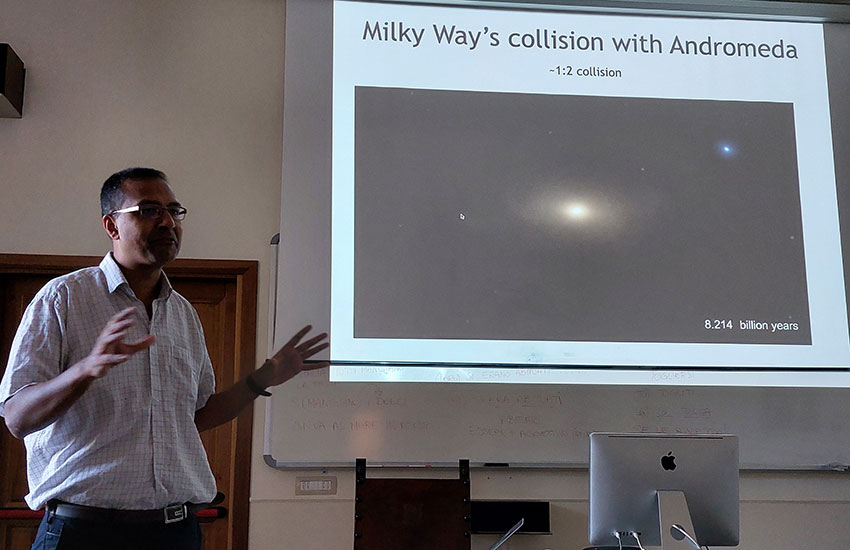 After a presentation on the history of this unique institution by Pavel Gabor (a Jesuit from the Czech Republic who specialises in astronomical instruments and extrasolar planets), Richard de Souza (Goa) took us on an intergalactic journey to the place where galaxies collide throughout the hundreds of millions of years of their existence.

You think the Milky Way is huge? After hearing Richard, your head spins and your notions of time and space are shaken to the core! Then it was Jean-Baptiste Kikwaya’s turn (Central Africa) to tell us about asteroids and meteorites... and to show us some ‘real’ fragments. 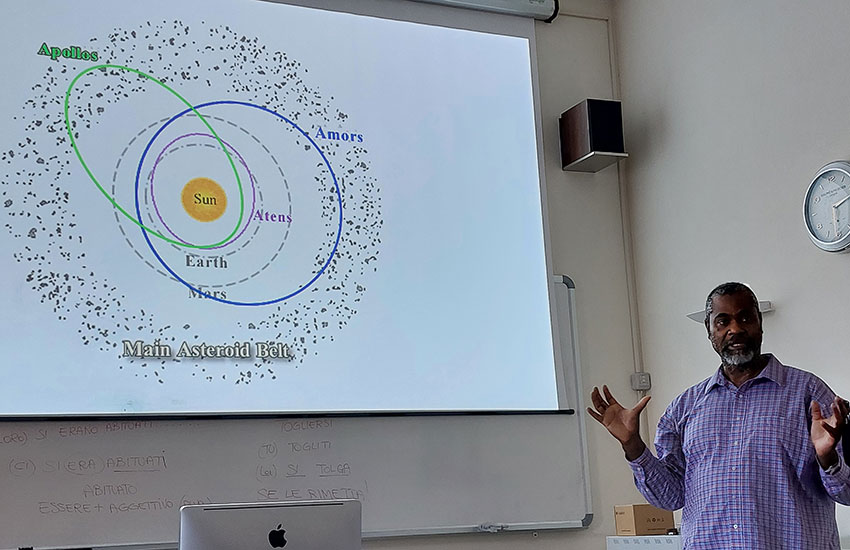 The group visited the facilities with Gabriele Gionti (Italian, Euro-Mediterranean Province). Gabriele, a specialist in cosmology and quantum gravity, spoke to us about the theories of the formation and evolution of the universe. These are huge subjects but he was able to make it simple enough for his audience.

The Big Bang continues to be the most accepted hypothesis to explain the expansion of the universe. The fringe of this universe in which carbon is the main element and on which life as we know it is based is very small: the Earth is there in the centre of this corridor and Mars is outside but very close! 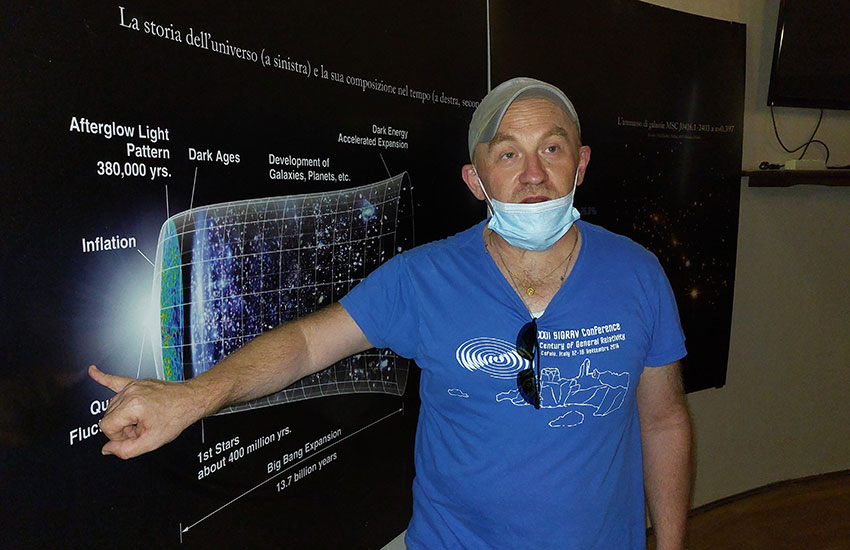 The Vatican Observatory is based in Castel Gandolfo, but since the 1980s, observations are conducted at Mount Graham in Arizona, USA, where the Observatory works in partnership with the University of Arizona.

Do you feel that Tucson, Arizona, is a long way from Rome?

That’s because you don’t have the same idea of distances as the astronomers do! The conditions for observations are better there (no light pollution like in Rome), as are the possibilities for interaction with other scientific teams. However, we learned during the visit that only a small part of the Specola’s work is the actual time spent with the telescopes. Some of the Jesuits on the team spend their lives interpreting the data received from the observations, making calculations to better understand astronomical phenomena and venturing down the difficult paths of philosophical and theological reflection that arise from observing the sky...

To have a taste of what we experienced, take a look at some photos of our visit to the Specola Vaticana. 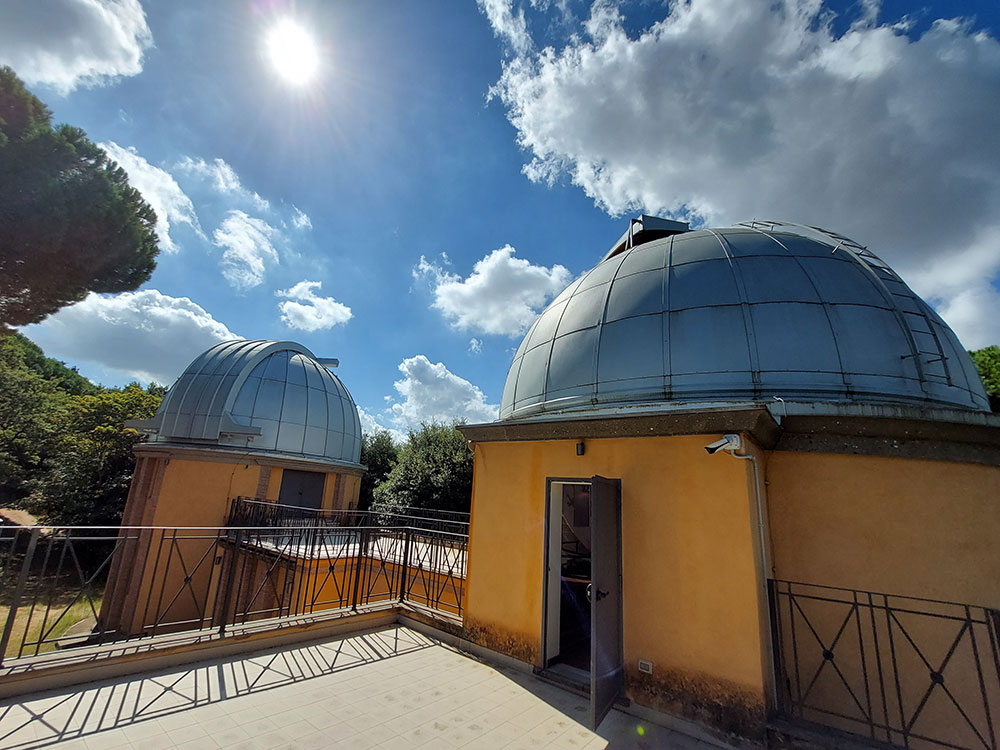 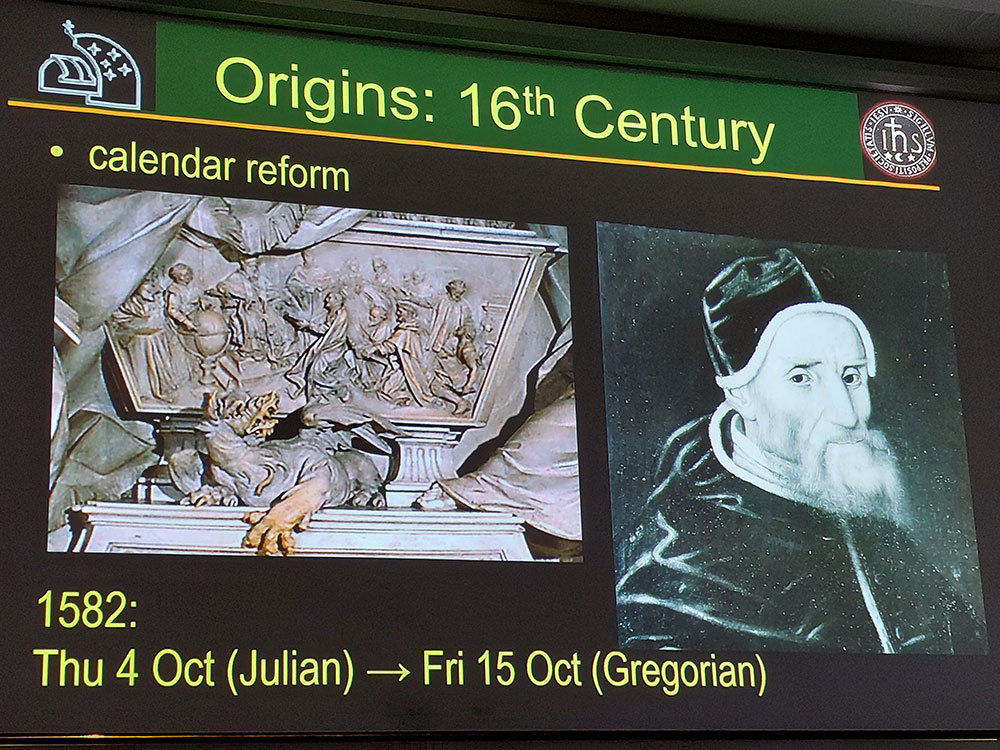 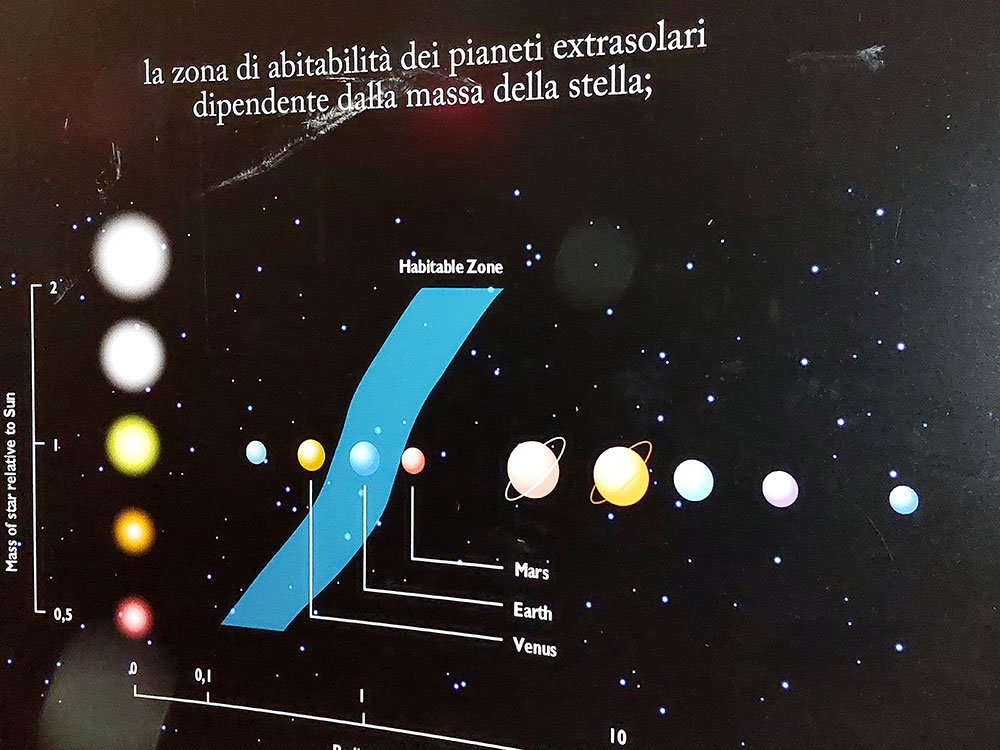 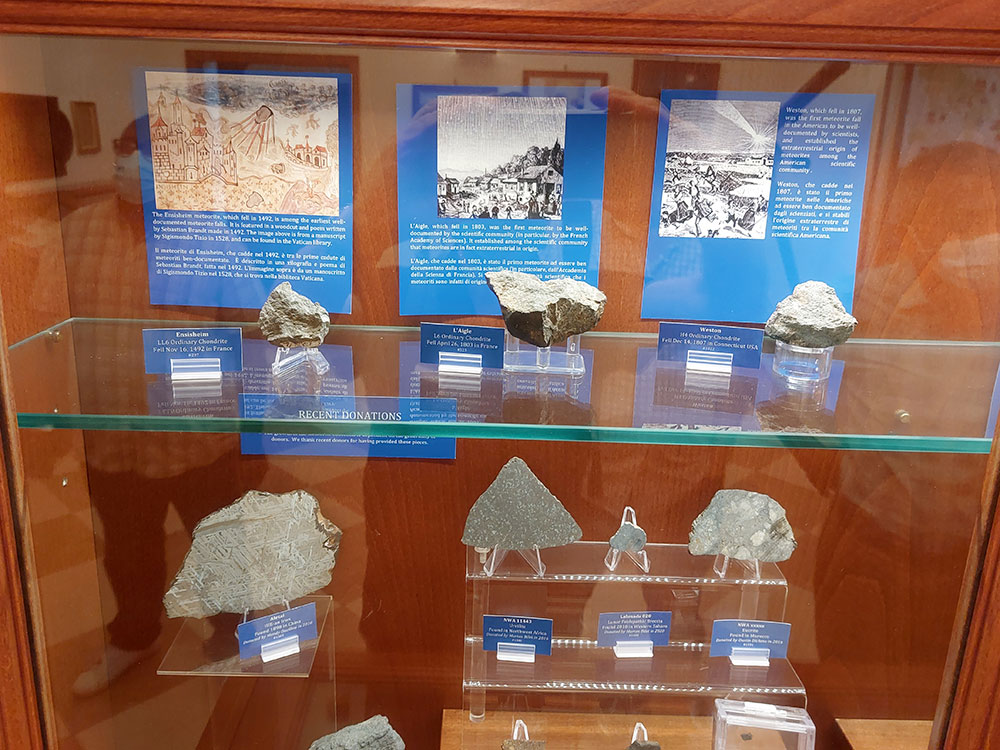 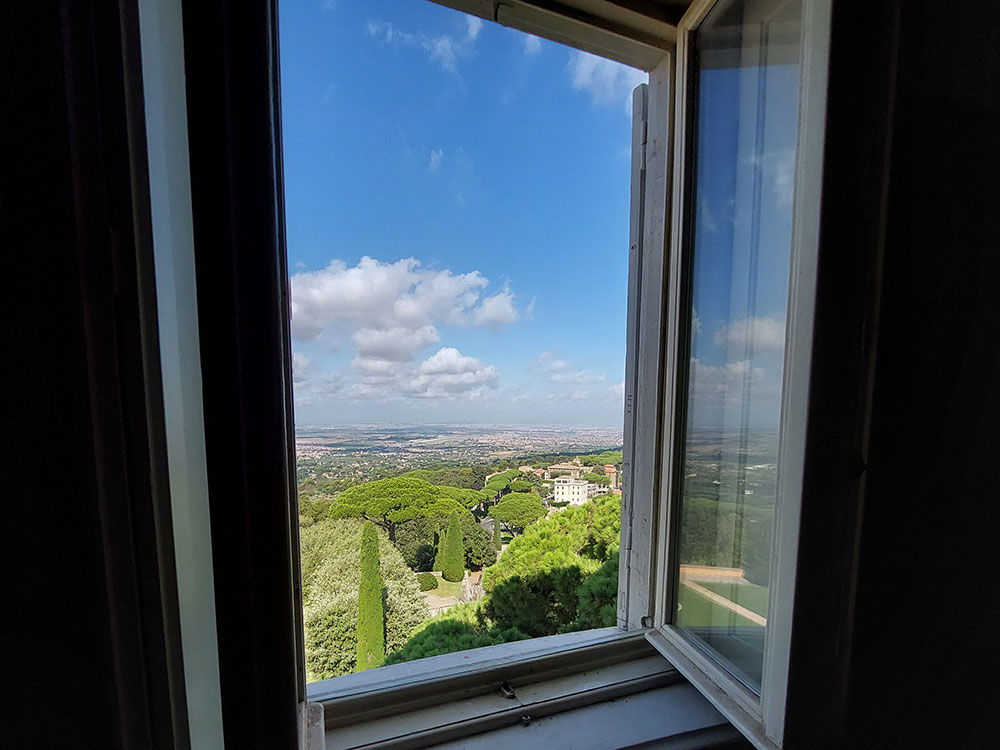 Curia Church
Share this Post:
Pope Francis in Slovakia: A fraternal embrace to the Jesuits
On 27 September 1540, the Society of Jesus received papal approval
Posted by Communications Office - Editor in Curia Generalizia