The mission that Edwin Henríquez, a priest of the diocese of San Salvador, received from his bishop has had a profound effect on him. Today he testifies to the human and spiritual journey he has made throughout his life “in the company” of Rutilio Grande, from his adolescence to his work as vice-postulator of the diocesan phase of the beatification process of the Jesuit assassinated in 1977.

By Edwin Henríquez, diocesan priest
Vice-postulator of the cause of beatification

My name is Edwin Henríquez, I have been a priest since January 2008. My home town is Aguilares; my parents’ house is 100 metres from the Lord of Mercies church, the parish where Rutilio Grande once worked. I heard about Father Tilo whenever our community commemorated his death on the 12th of March. Every year, as we prepared for Lent, we also prepared to make the pilgrimage on that day. Our aim was to celebrate the Mass that Tilo had not even been able to start, because he was murdered on his way to the church.

When I was 18 years old, I left my village to begin my studies at the San José de la Montaña Seminary. It was during my training for the priesthood that I had the opportunity to learn more about Father Tilo, to read his biography, and to know his relationship with Archbishop Romero. Without a doubt, I can say that Father Tilo’s testimony has always been present in my life, both because we were from the same village and because we were called to the priesthood to serve our brothers and sisters. 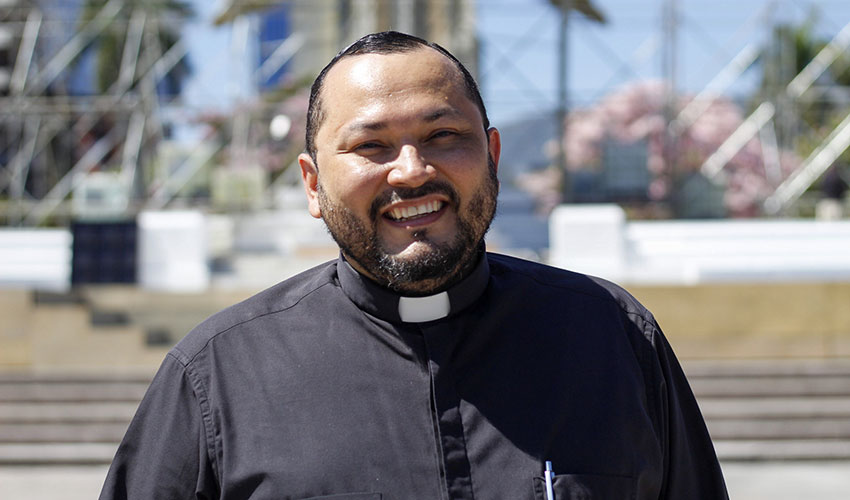 In 2015, Monsignor Urrutia, who had been in charge of the cause of Archbishop Romero, told me that the Archbishop of San Salvador had initiated the cause of Rutilio Grande and that he was appointing me vice-postulator for the diocesan phase of the cause. This was a great joy for me: it made me feel closer to Father Tilo, to his powerful preaching, to his pastoral work in Aguilares, to his love for God, to his closeness to the poor, to his desire to share with them their sufferings and sorrows, their joys and hopes, and in this way to touch the flesh of Christ among the poorest.

At first I did not think much about all the work that needed to be done for the introduction of the cause. Rather, I thought about the mission I had been given to make known the wonderful qualities of Rutilio and the purpose of his life, and I also thought a lot about his cruel death that day, late in the afternoon, as he was on his way to celebrate Mass. Working on his cause gave me the opportunity to present the testimony of a Church that goes forth, of a shepherd who smelled of his sheep, of the dusty streets and the corn festivals. Rutilio was a priest who died in the midst of his people, accompanied by an old man and a young man. He was a priest who knew how to talk to people in their own idiom, like a simple peasant, and so he brought the Gospel home to them. He told all his parishioners that the Christian faith should not consist of “prayer rockets” that explode up there in heaven; rather, it should have its feet planted firmly here on earth. Tilo taught his people to read and write, to recognize their dignity, to respond to their vocation as Christians, to defend their rights, to fulfil their duties, and to work to build the kingdom of God. And he always made it very clear that “we are not saved individually, but in community”. 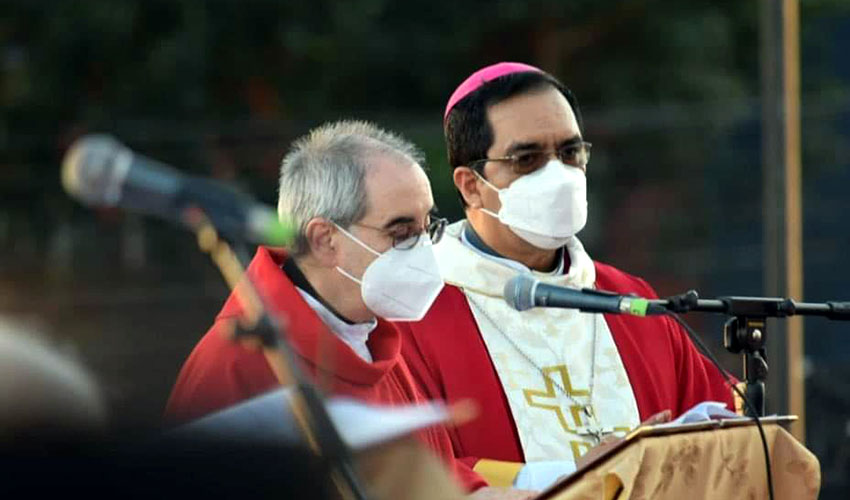 In his simplicity, Tilo was also firm in denouncing the false accusations that the gospel was communist as were the priests. On 13 February 1977, while preaching in Apopa, he spoke harsh words about the ruling regime: “If Jesus were to come to our country today, entering through Chalatenango and heading to San Salvador, he would not even get to Guazapa before being arrested for subversion and submitted to harsh treatment.” Faithful Christians have always seen clearly that Father Grande was a good shepherd who gave his life for his sheep. Today, his beatification encourages us to follow his example by walking together in close solidarity with the poor and the needy.

Documentation on Father Rutilio Grande and his beatification is available in the press section of jesuit.media.

Pope Francis will commemorate the 400th anniversary of the canonization of St Ignatius of Loyola, founder of the Society of Jesus, and four other saints...

Sainthood and canonization… getting ready for 12th March

During the Ignatian Year, an important date, 12th March 2022, marks the 400th anniversary of the canonization of St Ignatius.

An anniversary to deepen our encounter with Jesus Christ

12 March is the 400th anniversary of the canonisation of St Ignatius of Loyola and St Francis Xavier. Among the events of the Ignatian Year the General Curia is currently organising, this is certainly the most “festive” moment.