There are not that many Jesuit bishops! St Ignatius stipulated in the Constitutions that Jesuits should decline “ecclesiastical dignities” - including hierarchical positions in the Church - unless explicitly requested by the Pope. Pope Francis has made this request on a number of occasions, when he has judged that a Jesuit was best prepared to take charge of a diocese. This is the case in Athens, where last autumn he appointed Fr Théodore Kodidis, one of the few Jesuits of Greek nationality, as Archbishop. He visited the General Curia at the end of December and we have gathered his comments on the way he views his mission.

Greece is an Orthodox country; who are the Roman Catholics in Greece and what is their place in the confessional landscape of the country, specifically in Athens?

Greek Catholics make up less than one percent of the Greek population. I like to say that their presence is a window in the house, one of its windows. Without these small windows the house would remain dark, closed. The Catholic community is an opening to otherness, to the outside world. It facilitates communication and understanding with the outside world. It can prevent the Greek people and culture from being closed in and closed off.

The weight of history is heavy. The West, and the papism linked to it in the imagination of the Eastern Churches, are adversaries. This conception is sometimes well-founded and sometimes it serves as an easy justification, but it is deeply rooted in the Greek imagination. But it could also be found in Bulgaria, Serbia and Russia. For a thousand years, feelings of both attraction and hostility towards the West have divided the Greek people, their culture and their politics. We Greeks still carry this division within ourselves. 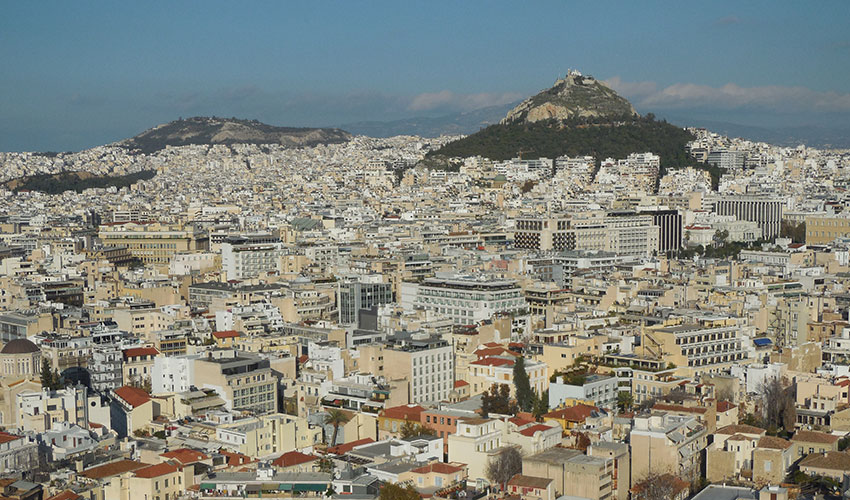 Can the Catholic Church play a role in changing this perspective?

In this context, the visit of Pope Francis to our country took on its full weight and significance. The presence of the Pope has contributed to changing the historical imagination that sees the Pope, and therefore Catholicism, as a historical opponent of Orthodoxy. Pope Francis loves frontiers and peripheries. He has accomplished a work of reconciliation in Cyprus and Greece. The media, the people, the governments facilitated this meeting and participated wholeheartedly. The synod of the Greek Orthodox Church was reticent and reserved, but overall it was a gracious meeting.

What is this Catholic community you are leading?

The Catholic community, for the past 20 years, has been a mosaic of peoples of many origins, languages and cultures. Our aim is to form a Church based on faith in Jesus Christ and his Gospel of salvation for humanity. Given this cultural multiplicity and the context I have described, this is not an easy task, but it is a beautiful evangelical task. It is about living a new brotherhood.

A related theme that I am often asked about is the secularisation of society in Greece. It is present here too. But it is not as strong as in the West. I believe that the Eastern peoples of Europe are better rooted in their culture and their spiritual tradition. Nevertheless, it is a reality. So the Church has to accept some features of modernity while keeping its distance from others. The Church has to discern. 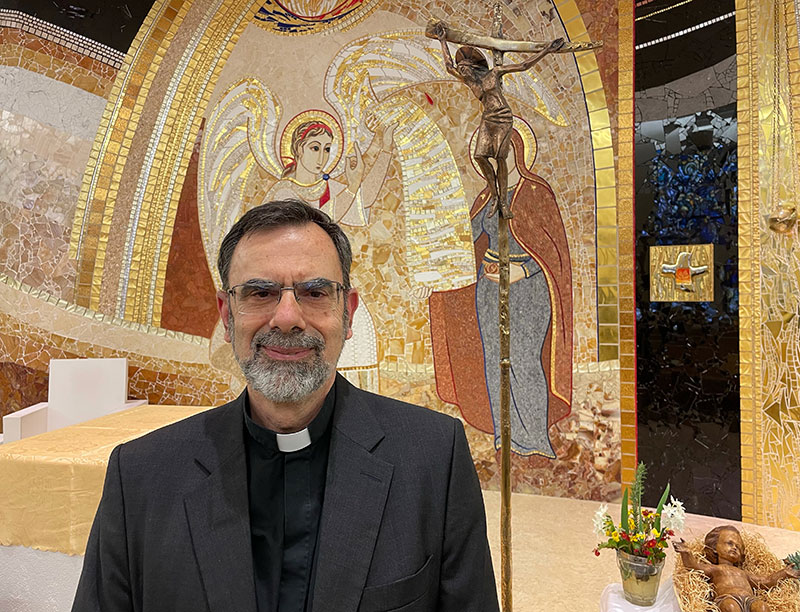 Is there a biblical text that inspires you in your new ministry as a bishop?

In connection with what I have just said, I would speak of the episode of the teenage Jesus who stays in the Temple in Jerusalem without his parents knowing.

“Why were you searching for me? Did you not know that I must be in my Father’s house?” he said to Mary and Joseph. Here Jesus begins to distance himself. I will not be with you all the time, I must stay at my Father’s house, my place of belonging: there are my roots, my identity.

The Church and every believer must do the same. To be rooted in the Father’s house and at the same time to know how to manage life when we are with others and in other places. This passage seems significant to me. The Catholic Church has made a great effort in recent decades to meet the world, to be with the world. Has it also taken care to be always and at the same time rooted in the house of the Father? This is a passage from the Gospel that I think we should meditate on.

JCEP Curia Interreligious dialogue
Share this Post:
Rutilio Grande: “Witness to a Church that goes forth, shepherd who smells of his sheep”
Video series from Fr General – Episode 6
Posted by Communications Office - Editor in Curia Generalizia