It is the beginning of Lent, the time of year when Christians are called to a conversion of heart. We are currently living theIgnatian Year, which reminds us of the path of conversion followed by Ignatius of Loyola. During this Lent 2022, we are featuring articles published in the annual magazine of the Society of Jesus, "Jesuits 2021". First, this reflection by James Hanvey on the dimensions of conversion.

By James Hanvey, SJ - Secretary for the Service of Faith, General Curia
[From "Jesuits 2021 - The Society of Jesus in the world"]

Whether we are born Christian or have become Christian, conversion is a central experience for everyone with a living faith. There would be no Christian community without it. In whatever way conversion actually happens, in a sudden moment or quietly and gradually over time, as event or process, it changes a life. There will be a new direction, energy and purpose. There will be a sense of peace and integrity in living the reality of faith, which does not diminish over time, even under the pressure of opposition. In many ways, “the ordinary” can remain but, somehow, we inhabit it in another way. The one thing that all “conversions” have in common is an encounter with the living reality of Christ. In this sense, conversion is always a turning to him.

Even though it may take many different forms, every genuine experience of conversion will reflect some common dimensions.

First, it will be experienced as a grace, that is, something that is given and has not come directly from ourselves and our own desires no matter how well intentioned. Of course, we will all experience many changes in our lives, some we have wanted and initiated, others not sought but which circumstances have made necessary. With conversion, however, we recognise something different. Even when it is mediated, it will always have the character of something that comes to us from another. There will be a sense that we are “summoned”. At the same time, though it may have its own force and logic, genuine conversion cannot be imposed; rather, it invites our “fiat”, our assent and consent.

This means that in the Christian tradition, conversion will always have the structure of a relationship. It must entail the affect and the will as well as the intellect. It is more than a “eureka” moment of insight, no matter how momentous and original this may be. In this respect, as Fr. Pedro Arrupe says, it not only has the power of falling in love, but staying in love, and letting that love become the raison d’être of one’s life. Far from removing us from the world, such experiences of conversion open up another way of living in it more intensely and appreciatively.

Notice how, with all those we meet in Scripture or in the subsequent history of the Church, conversion is never a call to a solitary journey. It is the entry into a community, which is itself the fruit of conversion.

Second, conversion effects a change. In this way, the reality of conversion becomes incarnate in the circumstances of a life; it becomes a shaping force, giving a new sense of purpose and direction. As such, it reaches out to other lives and has an effect on them. Over time it becomes more stable by building up new patterns of acting and relating. It becomes a “habit” or “a way of proceeding”. Nevertheless, conversion is never just a change of behaviour it also needs to become interior transformation: a new way of perceiving and understanding, a new mind and heart.

As well as transforming an existing culture, conversion often has the power to generate a new one. In doing so, it becomes an effective grace for others by creating the relationships, the cultures or environments through which others may discover and embrace redemptive and generative change in their own lives and communities. 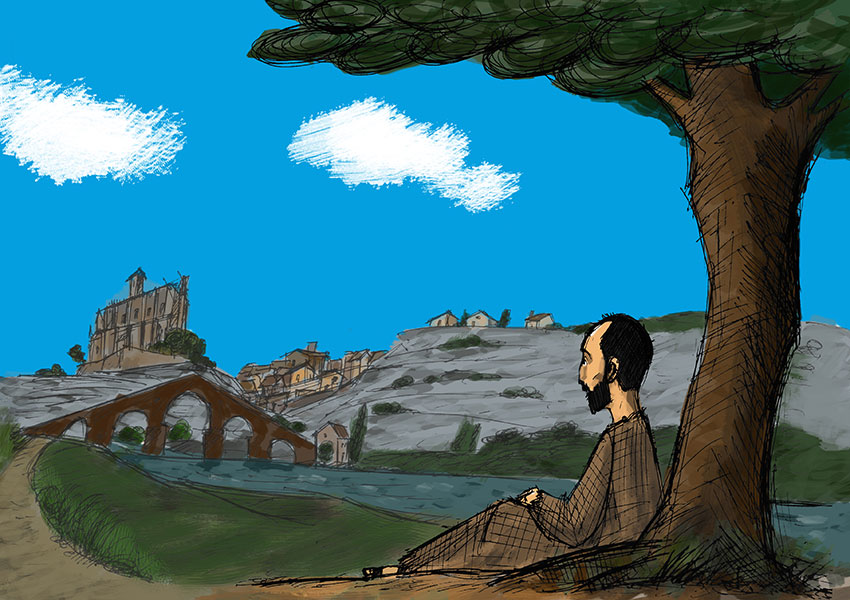 The third dimension of conversion becomes recognisable from the two we have just identified. In fact, it can be seen as the first fruit or foundation of the change itself: it is freedom.

Conversion is grounded in freedom which is the presupposition of all authentic change. The very fact that God refuses to coerce us is already the disclosure of our own freedom. Freedom can only exist and have meaning in relationships not in isolation. The grace of freedom is that it lives in, from, and for, others. At its deepest level, the conversion which Christ calls us to, is a conversion into his own freedom. It expresses itself in the un-restricted offer of self-gift for the good of the other: love. Perhaps this is the deepest conversion of all. In that sense, it is the reality into which we are always striving to enter, the grace that we are always seeking but can only be discovered when we take the risk of self-offering.

The fourth dimension of conversion is mission. All the moments of conversion in Scripture confer some sort of mission. In mission all the dimensions of conversion that we have been exploring come into play. Mission is that which is conferred; it is not something that belongs to us but is given by another who has the power to send us. Every Christian life is mission-shaped for it participates in Christ’s mission. Indeed, Christ himself receives his mission from the Father and he lives it in and through the Holy Spirit.

In whatever way we are called to realise our Christian-mission-identity, we will always be on this road of conversion, discovering anew in every circumstance of our lives, what it means for us and how we are called to realise it. For this reason, too, conversion as event and as process will require discernment: that attentive search, with the mind and heart of faith, to find within our relationships and our circumstances how best to serve God who is offering the healing life of the Kingdom to every women and man, to all created things.

Conversion for the Ignatian Year

Why then are we focussing on the theme of conversion for the Ignatian Year? Because it is a permanent call to recognize its grace, to be open to change, to exercise our freedom, to make our mission more fruitful.

Curia
Share this Post:
The Society of Jesus Coordinates Support for Crisis in Ukraine
An anniversary to deepen our encounter with Jesus Christ
Posted by Communications Office - Editor in Curia Generalizia