This is how Sister Ewa Pliszczak ended the conversation we had with her in the offices of JRS-Greece, which occupy more than two floors of the Jesuit residence in an immigrant neighbourhood. This 46-year-old Polish nun offers a testimony of humility and freshness when she talks about her commitment and that of the young JRS volunteers. Her smile and energy are easily transmitted to those she works with as well as to the refugees she serves, people, who carry a heavy burden from their past and are looking for some light for their future.

Ewa comes from a traditional Catholic family in southern Poland. She was drawn to the apostolic dimension of the Congregation of the Servant Sisters of the Holy Spirit, a missionary community that originated in Poland and is now present in some 50 countries. She wanted to serve, and to serve concretely; she did not feel attracted to the contemplative life. In her congregation she learned to pray and to meditate truly, to discern the will of God. “Little by little I wanted to become like Jesus, to have the eyes of Jesus when looking at people, to come closer to them.” 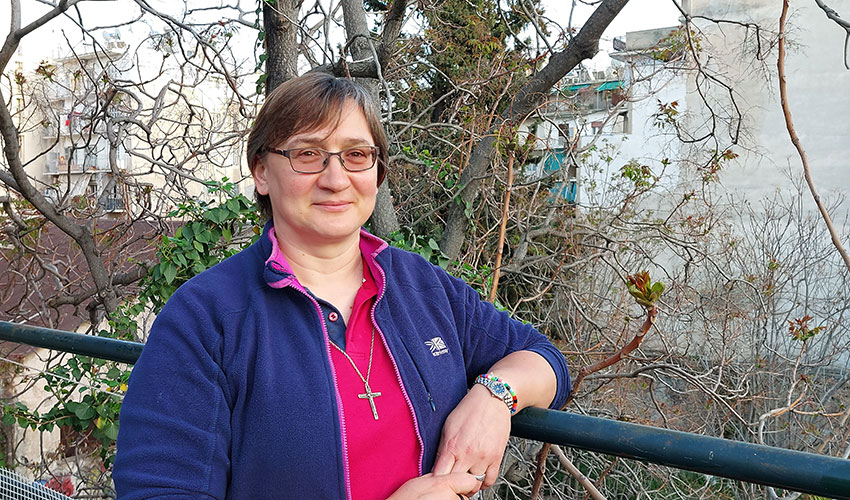 Her journey led her to England, where she felt the need to acquire some tools to serve better. Learning English opened many doors for her, and then there were university studies, first in sociology, then in psychology. She is a psychotherapist who specializes in counselling, which allows her to provide guidance both for the young JRS volunteers and for the refugees themselves. At the time of the Syrian refugee crisis, she felt a clear call: “As I was watching the news on the BBC, I heard that my congregation had just opened a community in Greece, a country that was getting so many refugees. I didn’t want to just keep ‘watching,’ I thought. I wanted to be WITH these people. In England there are so many psychologists, but all these refugees in Greece need the kind of help I can give.” And she convinced her fellow sisters to let her go.

Where did her desire to help refugees come from? Perhaps from the very beginning of her stay in England. As a young woman from Poland who had known very few Africans before, she found herself in an English class with refugees from Africa. She was surprised, then intrigued, then deeply touched when she started talking with them. She remembers one woman in particular who asked her to accompany her to the immigration court. The woman was asked to tell her story in detail, including the rape she had suffered. Ewa has never forgotten that day. 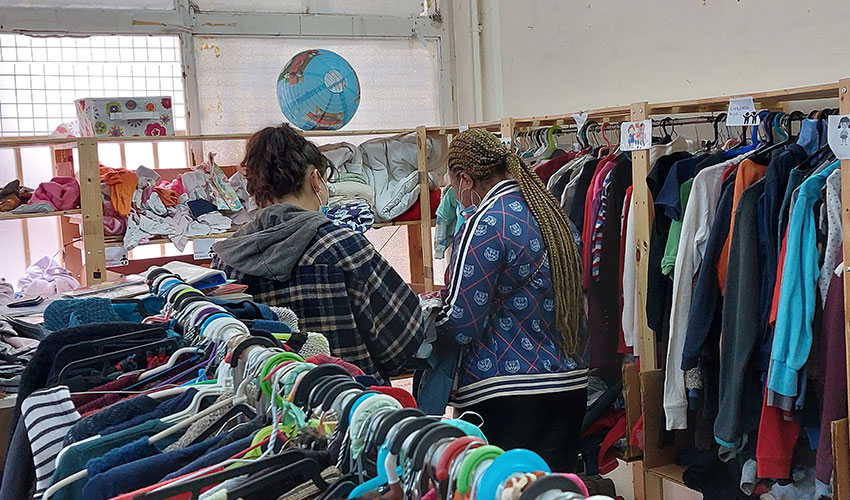 Clothes at the ‘magazi’.

Her work at JRS in Athens? It is essentially the JRS’s mission of accompaniment. On the third floor of the Jesuit residence, the sisters have a few rooms that are separated by a simple divider from the section where the volunteers live - currently young people from France, Belgium and Germany. Ewa accompanies the volunteers on a daily basis. Most especially, she accompanies many women in situations of poverty and sometimes distress The Team offers basic services such as clothing, showers, a place to rest, and other basic necessities. Four afternoons a week, Ewa spends time in “Victoria Square”, a place 10 minutes from the residence where many Afghan families gather. The volunteers play games with the children, such as football. puzzles, and Lego blocks. It is in Victoria Square that JRS takes on a human face in Athens. These simple moments of communication (often non-verbal) with the women: mean a lot to people whose adaptation to a completely new world is not easy.

Sometimes, Ewa has to use her psychotherapeutic training more intensely, as for example with a mother and her two-year-old son who were brought to the JRS shelter. Ewa immediately understood that this woman was in deep depression. Gradually, she learned that she had seen the Taliban behead her husband, in front of her and her daughter. She had fled with her baby, walking across Iran and eventually arriving in Greece. Ewa helped her to regain strength, for herself and for her son. 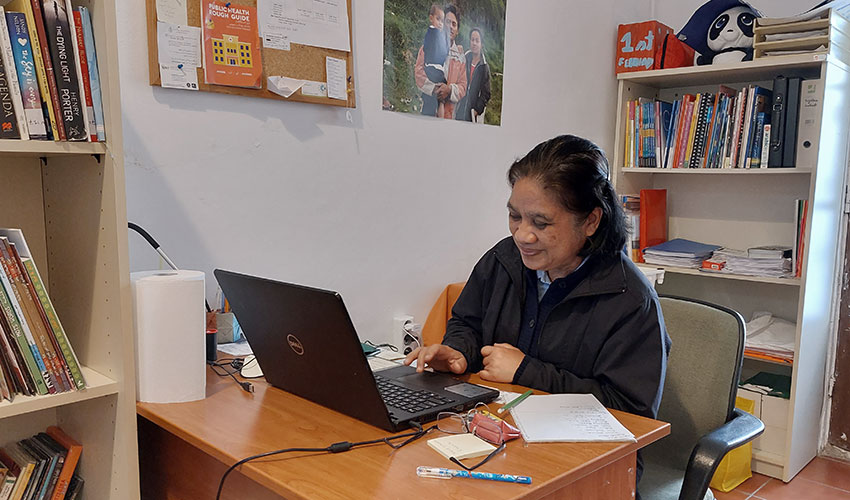 Sister Ewa is the superior of her small community. One of the nuns, who is Ukrainian, recently returned to her country to support her family. The other nun, Sister Milagros Sandoval, is from the Philippines. She coordinates the academic activities of JRS, including language and computer courses and school activities for children who are not enrolled in Greek schools. Quite a programme!

Sister Ewa evaluates the work of JRS in Athens as follows: “We are contributing to the future of society. The children we accompany will never forget. People ask why sisters are doing this kind of work. Shouldn’t they be proclaiming the Gospel? I don't think that the Good News should be proclaimed only in churches! We walk with these families and give them a future.” Such accompaniment is truly Good News.

JCEP JRS Refugees
Share this Post:
“No one should ever make us despair!”
Video series from Fr General – Episode 9
Posted by Communications Office - Editor in Curia Generalizia