Can a contemporary musical play shed light on one of the most burning issues of the day, namely, the harsh experience of Latin American migrants heading for the United States? This is the challenge that composer Armando Franceschini and playwright Mauro Neri have taken up in creating “Kino, Builder of Bridges”.

It’s not every week that Father General goes to a concert! This Tuesday, May 10, however, at the invitation of Fr. Pascual Cebollada, Postulator of the Causes of the Saints of the Society of Jesus,Father Sosa went to the Church of Saint Ignatius in Rome to see this production.It is based on Mauro Neri’s 2017 novel, “KINO. L’Apostolo senza tempo dei migrantes messicani vittime del MURO” (“KINO. Timeless Apostle of the Mexican ‘Migrants’ Who Are Victims of the WALL”). 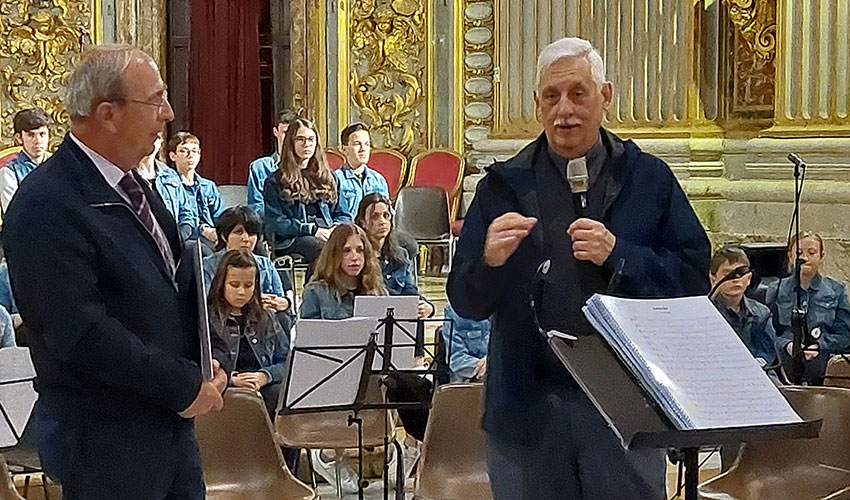 The work is both theatrical and musical. It offers an original perspective not only on the life of the Jesuit Eusebio Francesco Chini, best known as “Padre Kino” (1645-1711), but also on the relevance of his witness in the centuries that followed his missionary work, which took place in the territories that are today located in northern Mexico and the southwestern United States. For Mauro Neri, one thing is clear: Father Eusebio is still very much alive today, 310 years after his death in America. He is above all alive in the memory of the indigenous populations of the state of Sonora (Mexico) and in that of Catholics with indigenous roots in the state of Arizona (USA). So alive and present is Father Eusebio that millions of people still invoke the protection of heaven through the intercession of this man they have always considered their “Saint”.

Born in Tyrol, Italy, Eusebio Chini joined the Society of Jesus at the age of 20. In gratitude to St Francis Xavier, to whom he attributed his recovery from a serious illness, he added the name Francesco to his baptismal name. Once ordained, he was sent as a missionary to the part of ‘New Spain’ known as ‘Baja California,’ to the north of what is now Mexico; at the time it was a territory unknown to Europeans. Working in the state of Sonora, he not only brought the Catholic faith to the indigenous peoples but also helped to improve their living conditions and promote the region’s economic development. Padre Kino was also a man of science, and he published works on astronomy and cartography. 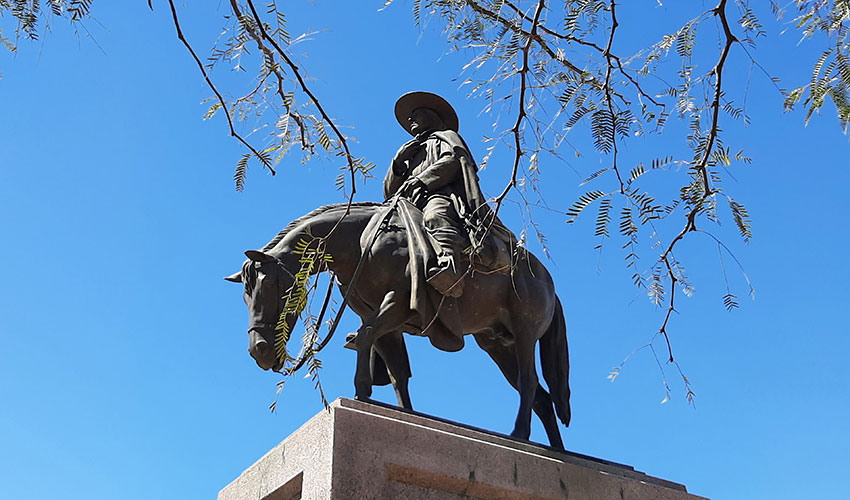 Most importantly for us - and this is highlighted in Mauro Neri’s work - Father Chini was committed to defending the dignity of the Sonoran Indians, notably by opposing the Spanish monarchy’s efforts to make them work in the silver mines. This stance led to a series of conflicts, even with his fellow missionaries.

The libretto of ‘Kino, Builder of Bridges’ presents the Jesuit’s influence in three very different periods and contexts. First, his missionary work with the indigenous people in the late 1600s; second, the influence of his “presence” among the indigenous Pima people in mid-20th century, after the Second World War; and finally, the Kino who today still protects the destitute, vulnerable Central American migrants traveling north and hoping to find work. As they risk their lives crossing the harsh Sonoran desert, they pray earnestly to Kino, their patron saint, so that he will help them reach the coveted “America”.

In 2020, Pope Francis recognised the heroic virtues of Padre Kino, who is already a “venerable,” and the proceedings for his beatification are underway, with the patronage of the Society of Jesus. This process is being carried out in close collaboration with the Diocese of Trento (Italy), the Archdiocese of Hermosillo (Mexico) and the Diocese of Tucson (USA).

Father General Jesuit Saints
Share this Post:
Conversion in (and of) the history of the Society of Jesus
Awakening, awareness, action, and care – The culture of safeguarding
Posted by Communications Office - Editor in Curia Generalizia