On 31 July 2022, we celebrate the feast of St Ignatius. Loyola is the place where it all began for this man: he was transformed by the grace of a call from the Lord. Loyola is also the place where Jesuits, and the whole Ignatian family, brought the«Ignatian Year» to a close. During the past months, 500 years after a «cannonball» shattered the leg of Ignatius, we have recalled his conversion experience. We grasped with him that God calls us to«see all things new in Christ». Like Ignatius, we were again invited to become pilgrims, to go out into the world, to follow the poor and humble Jesus, and to offer ourselves simply by loving and serving.

The Society of Jesus celebrated the project of the Ignatian Year throughout the whole world. Fr Arturo Sosa, the Superior General, brought the Ignatian Year to a close with a Eucharist of thanksgiving in the basilica at Loyola. Below are some passages from his homily. Father Sosa invites us to face the future, to recommit ourselves so that the spirit of Ignatius may continue to flourish: this spirit centers on the gift of self that impels us to love ever more deeply and to serve ever more generously. 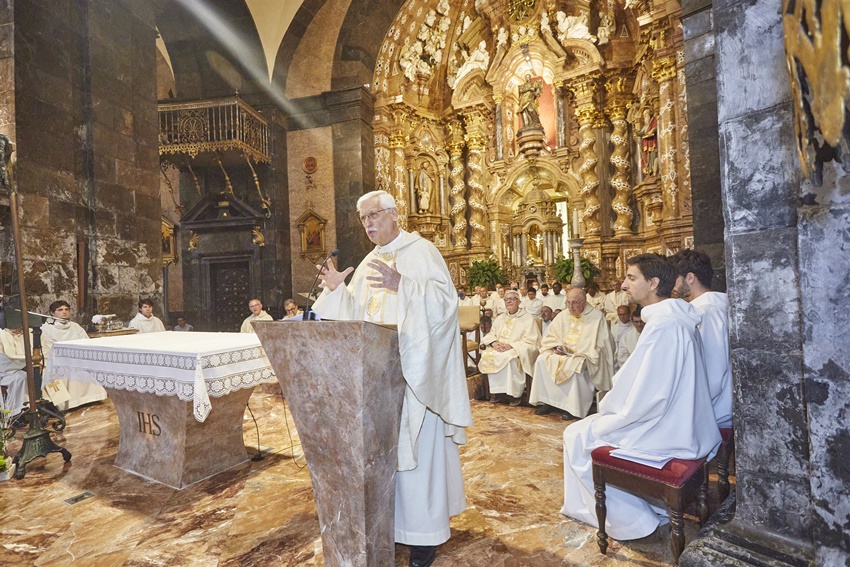 Throughout the year, we have asked for the grace to see all things new in Christ. It is the gaze of the Crucified-Risen One that makes us sensitive to the unjust suffering of so many individuals and entire peoples. At the same time, it is a gaze that helps renew our hope in the fulfilment of the promises of the Lord of Life. In this emblematic Basilica of Loyola, we wish to renew our desire to follow, more closely, the poor and humble Jesus of the Gospels and to contribute concretely towards making the Kingdom of God more and more a reality to all peoples. As a sign of our choice to continue walking with Ignatius, together with all the communities of the Society throughout the world, we will renew our consecration to the Sacred Heart of Jesus, which opens us to missionary activity guided by the Spirit of the same Lord whom we follow and proclaim.

The Scripture readings, proper to this solemnity, illuminate and open up little by little the path of our life and apostolic commitment. The prophet Jeremiah lives a tense moment in his life. His words, spoken from his experience of God, are uncomfortable for the religious and political powers, and so they expel him and drive him away from his home. In the midst of so many difficulties and in spite of them, Jeremiah remains faithful to his inner experience. The external circumstances in which he lives, however tense they may be, cannot extinguish the inner experience of love that God has placed in his heart. (…)

Ignatius offers us a similar testimony when here, in the Santa Casa, this Holy House, during the time that he is was convalescing, he experienced that the love of God in his life was stronger and greater than all his dreams of glory, of grandeur and of courtly life. (…)

As St Paul reminds the Corinthian community, cultural differences between people can create in the Christian community, divisions that seem irreconcilable. Paul proposes to break this tendency to create divisions by shifting one’s gaze, as he himself did, to Jesus, the crucified-resurrected one, who claimed nothing other than the glory of God. Following the example of Paul, who seeks to act like Jesus, it is proposed that we seek the glory of God in whatever we do. Ignatius of Loyola also acquired that gaze which enabled him to see all things in a new way.

Ignatius’ whole life was a passionate pursuit of the greater glory of God, to be his servant at all times. He tried with perseverance to ensure that this motto, which was like the vital breath of life, was imbibed by all the people, from all strata of society, whom he accompanied spiritually. He accompanied prostitutes to change their lives, took in orphans, denounced injustices, helped to overcome divisions, opened schools, governed his companions... And all this with the sole aim that each person would grow in love for God and others, by living a dignified, dedicated and fruitful life oriented towards the greater glory of God. (…)

When Ignatius and his first companions’ plans to travel to the Holy Land, to follow Jesus more closely collapsed, and when they did not yet know what would become of their lives, they decided to go to Rome and place themselves at the Pope's disposal, to follow the Lord in the service of the Church. Ignatius and his companions stopped in a small, wayside chapel at La Storta for a time of prayer before entering the Holy City. In this little chapel, Ignatius experienced inwardly, with great strength, that the Father placed him with his Son carrying the cross. In addition to receiving the grace he had been begging from Our Lady, ever since his priestly ordination, i.e. to be placed with her Son, he received a confirmation of the desire that had been maturing ever since his conversion in Loyola. It was the desire to follow the Lord Jesus closely, helping Him to carry His cross for the redemption of the human race. On his arrival in Rome, he had no idea of what awaited him, he had no clear idea of what kind of life he would have to undertake or what obstacles he would have to overcome. He had only one anchor point: his trust in the Triune God who invited him to embrace the cross together with Jesus.

Falling in love with Jesus, building fraternity and accompanying Jesus carrying the cross are three accents that the readings of today's liturgy help us to recognise in the life of Saint Ignatius. They are also three challenges for all of us when we remember Ignatius of Loyola. It is a memory that helps each one of us in our quest for meaning and direction in life, a memory that inspires us to respond according to the desire of Christ's heart.

Today's world needs people who give themselves totally to loving and serving others. It is enough to look at the existential reality around us to realise the main urgency of the present time is to find people who are committed totally, with joy and hope, to their daily task and to the service of others. Today’s world needs men and women who accept the invitation to carry their cross and place themselves at the service of the most vulnerable, collaborating in the construction of a more just world and in the creation of a more authentic fraternity. (…)

Our present time is as complex as it was in the time of Ignatius of Loyola. If a new life began for him with his conversion here in Loyola, today, again in Loyola, each one of us is invited to begin a new life, a life marked by commitment and generosity in our service of others. This is the vision that accompanied us throughout the Ignatian Year, which we now conclude by renewing the consecration of the Society of Jesus to the Sacred Heart of Jesus. 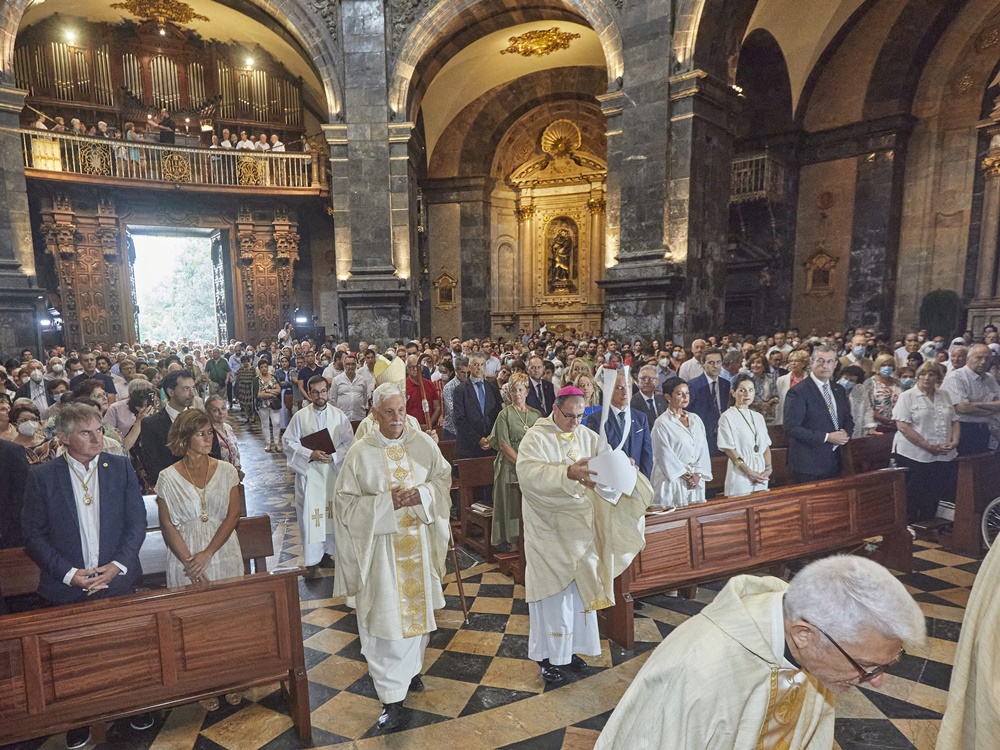 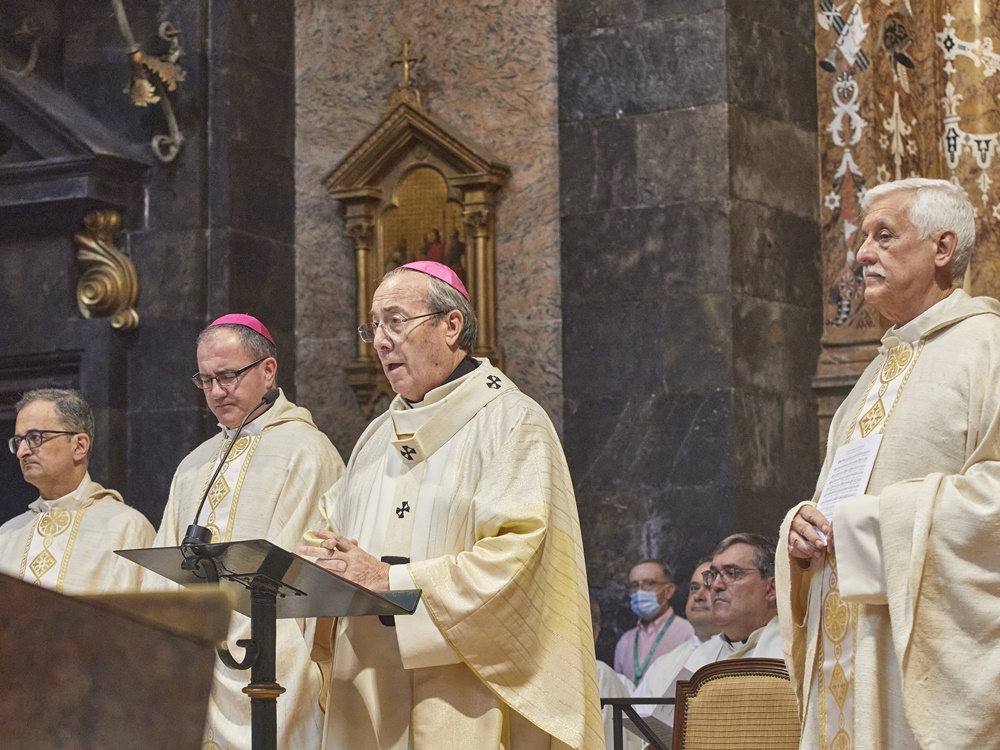 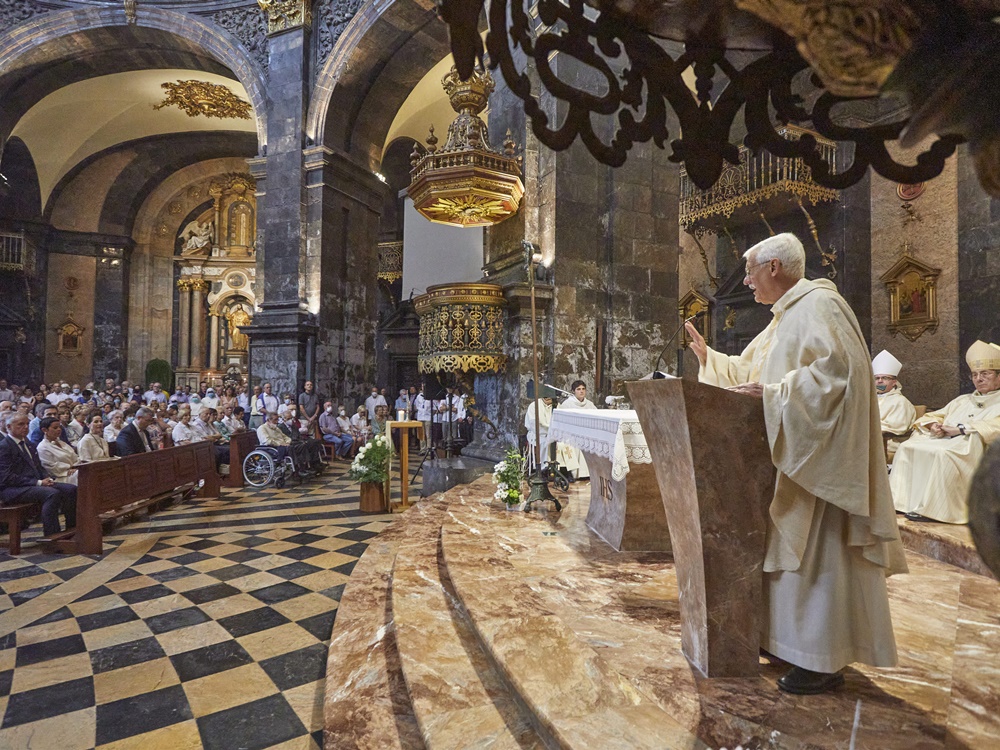 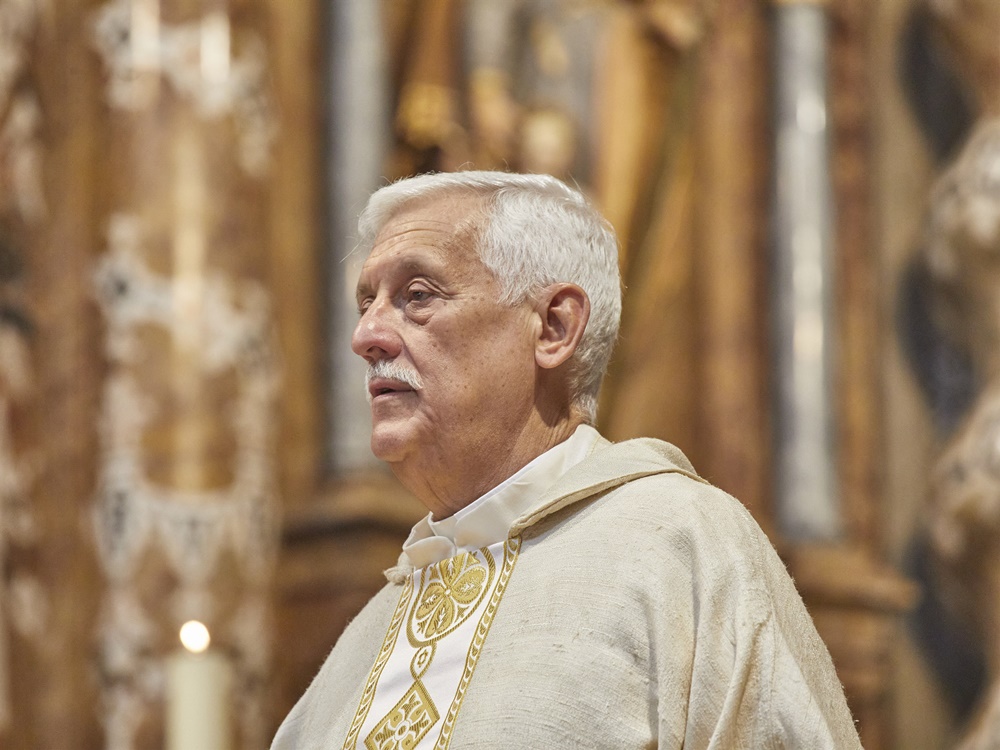 Father General Ignatian Year
Share this Post:
Why consecrate the Society to the Heart of Jesus?
Concluding the Ignatian Year in the Basilica of Loyola
Posted by Communications Office - Editor in Curia Generalizia