Reflection on ecumenism and interreligious dialogue is a service that the Society of Jesus continues to offer to the Catholic Church. The General’s international advisory group for Ecumenical and Interreligious Dialogue met from 5 to 8 September 2022. The annual meeting took place at the General Curia in Rome.

The part of the meeting dealing with ecumenism centred on the theme ‘Synodality in an ecumenical context: Recognising and learning from the other’. It started on Monday, 5 September, with a stimulating presentation by Rev. Jamie Hawkey of the Anglican Communion. He is a theologian and the Chair of the Westminster Abbey Institute. Dr Hawkey explained how the Anglican Communion, particularly the Church of England, practices synodality. In the afternoon, Archbishop Khajag Barsamian, representative of the Armenian-Apostolic Church in Rome, introduced the group to the practice of synodality within his Church. His presentation was thought provoking and supported a lively discussion.

On Tuesday morning, three members of the advisory group presented their reflections on synodality, each in their own field of expertise. Heru Prakosa (Indonesia) talked about synodality in Islam, and Geraldo Luíz de Mori (Brasil) reflected on synodality in Pentecostalism. Milan Žust (Slovenia) presented synodality from the perspective of the Centro Aletti in Rome, based on the reflections and the experience of the Centro’s team. James Hanvey, advisor of Father General Arturo Sosa and Secretary of the Service of Faith at the General Curia, gave an update on the Synodal Process that Pope Francis has initiated in October 2021, in line with the preparation of the Synod of Bishops that will be held in October 2023. Synodality will be the central theme of the meeting. Sister Nathalie Becquart, sub-secretary of the Synod of Bishops, was also invited for that session. 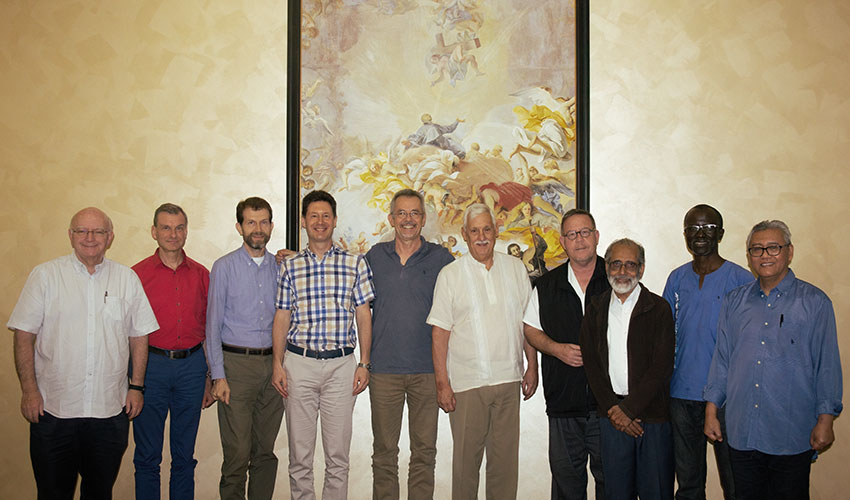 The reflection on interreligious relations, during this meeting, focussed on a very timely topic: ‘Religion and Nationalism’. The introduction came from David Nazar, a Canadian Jesuit of Ukrainian origin who is currently the Rector of the Pontifical Oriental Institute in Rome. He shared with us how, in a few Eastern European countries, Churches had become significant vehicles of ethnic and national identity. For the best, in the case of resistance against totalitarian regimes, but also for the worse, when contributing to the creation of new enemies. The main challenge for these Churches being how to adapt their mission after a period of resistance to unfavourable socio-political forces.

Heru Prakosa (Indonesia) presented an overview of the situation and Jean-Marc Balhan (Türkiye) explained in detail the role of Islam in the definition of what it means today “to be a Turk”. Greg Sharkey (Nepal) presented a synthesis about the links between Buddhism and nationalist sentiment, civil authority and ethnic solidarity in different Asian countries. Then, Sebastian Painadath (India) told us about Hindu nationalism (Hindutva), proposing a Christian response to it. In the field of traditional religions, two interventions: Mpay Kemboly (Congo) presented the tensions between African traditional religions and imported revealed religions, and Felipe Ali Modad (Mexico) spoke about power, authority and nationalism in the indigenous spiritualties of Latin America.

On the final day, each member of the advisory group presented its annual report to Fr. General and reviewed it with him. The members also shared their points of view about the latest evolution of the situation of dialogue and the role of the Jesuits in this field, in their respective region. The meeting concluded with a Eucharistic celebration presided by Father Sosa, giving thanks to the Lord for the work of the Society in these important fields, a commitment that is helping to bring about more and more understanding between people of different religions.