At the end of July, Pope Francis undertook a visit to Canada that attracted much attention. The Pope’s health was fragile, and his getting around was painful, but he wanted to fulfil the commitment he had made to the leaders of Canada’s Aboriginal nations when they met with him in Rome in March 2022. He had promised them that he would visit them in their own lands. Francis made it clear that this was a penitential journey, part of a long process of healing and reconciliation between the Catholic Church and Canada’s Aboriginal peoples.

The most difficult knot to untie was that of the “residential schools,” a Canadian government program that began in 1883 and lasted into the 1990s. The program removed children from their Aboriginal families in the north and forcibly “inculturated” them in schools in the south. The links between the children and their families were almost completely severed. The government entrusted the management of these residential schools to various religious congregations, which in recent years have asked for forgiveness for their participation in this operation that in some ways was genocidal. 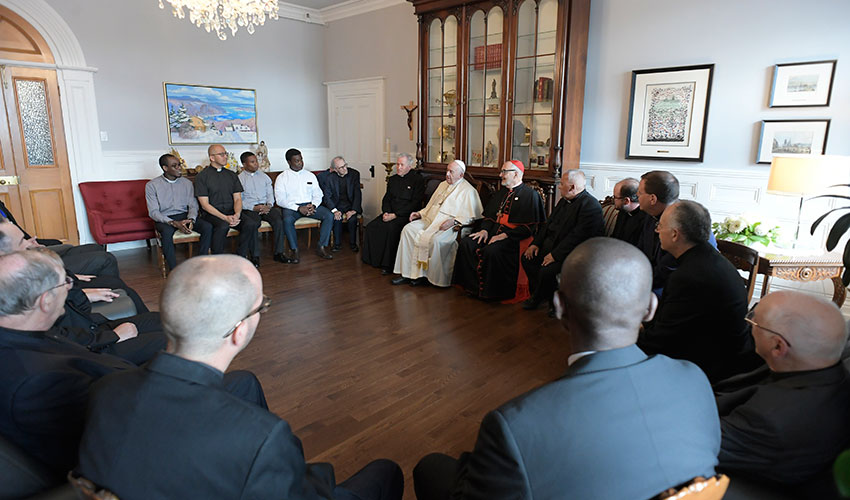 It should be noted that the Jesuits in Canada were responsible for one residential institution, the Spanish Indian Residential School in Ontario. In 2013 the Society of Jesus in Canada officially acknowledged its wrongdoing and asked to be forgiven for having participated in a system that failed to respect Aboriginal cultures.

Pope Francis’ visit was essentially focused on reconciliation, and so he visited three different places -Edmonton, Quebec City and Iqaliut - each linked to specific groups of Aboriginal and Métis nations in Canada. It had taken the Canadian bishops some time to find the necessary unity among themselves to address the residential school issue and to open up avenues for genuine dialogue. When the groundwork was sufficiently laid, the Pope felt he could make his own contribution to the process, which all agree is still not complete. 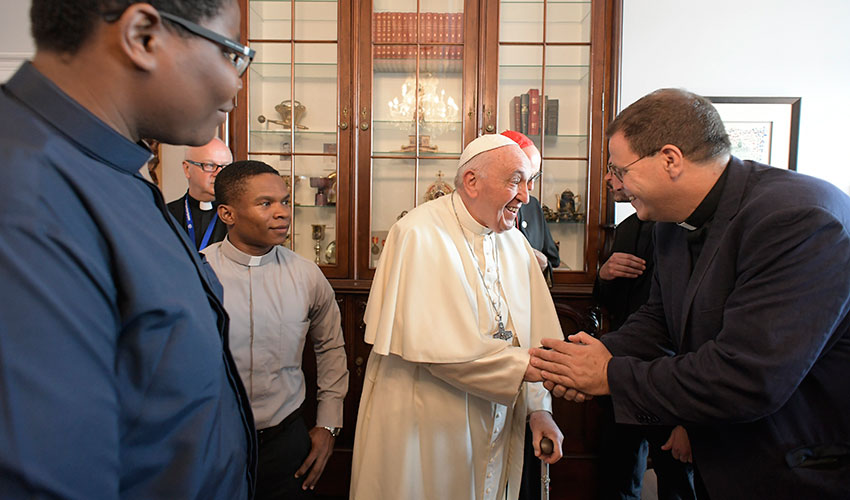 This was the general context of Francis’ presence in Canada, but as he does on almost every journey, the Holy Father was also keen to offer the Jesuits of Canada an opportunity to meet with him. He wanted simply to talk with them, without an agenda, and to share in their hopes and concerns. The meeting took place in Quebec City, and it happened to be at a time when some of the Jesuits were attending their Provincial Congregation, a statutory assembly, in Midland, Ontario. As a result, many of those who would have liked to participate in this personal meeting with the Pope were unable to attend. Nevertheless, the Superior of Quebec, Marc Rizzetto, was there with about twenty companions, including several scholastics, among them several Haitians who are members of the Province of Canada.

There were no speeches, just an opportunity for conversation among Jesuit companions on various subjects, such as the indigenous question, the meaning of synodality, the upcoming synod, relations with the media, juridical matters, tradition and traditionalism, liturgy, and the situation in Haiti. Father Antonio Spadaro SJ, director of La Civiltà Cattolica, who accompanies the Pope on all his international travels, was there at the meeting and published an excellent summary of the conversations. You can read his article here.

JCCU Pope Francis
Share this Post:
Ecumenism and interreligious dialogue: still on the agenda
The Catholic identity of our educational apostolate
Posted by Communications Office - Editor in Curia Generalizia